Thanks to the hunting instincts of her cat, a woman ended up with not one but two hamsters that were nabbed somewhere and plopped at her home in Chai Chee.

The woman is now seeking anyone in her area who might have lost two hamsters ⁠— said to be of the winter white dwarf variety ⁠— who are alive and well, and probably confused as heck.

According to her post on Facebook, the two critters weren’t even nabbed on the same day. Her cat apparently brought home one hamster on Sunday (Oct 11) and the other one the following day.

“If anyone is missing this hamster in Chai Chee area, please contact me,” she wrote, encouraging folks to share her post to reach out to more people. 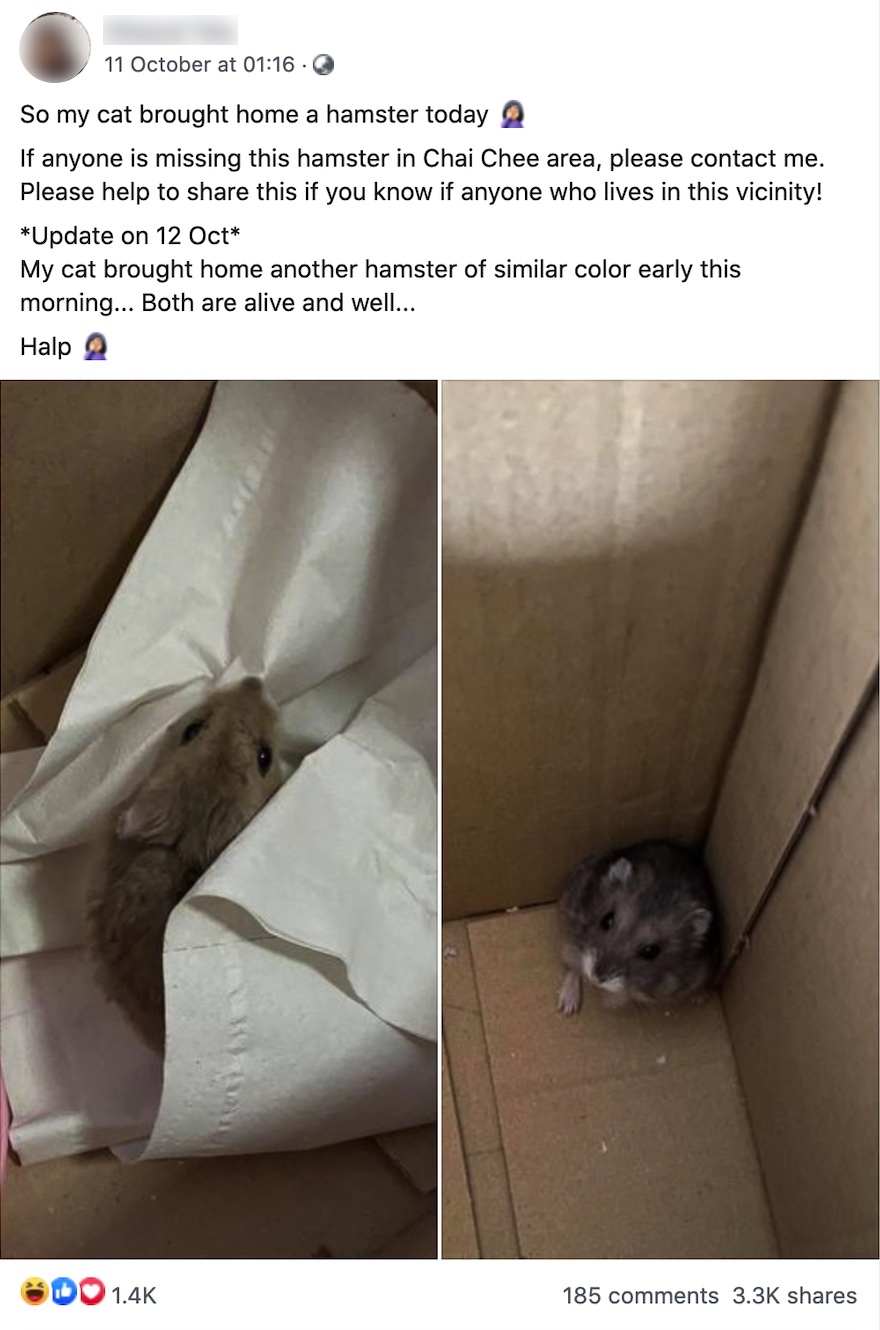 In the comments section, the woman clarified that the hamsters didn’t seem to be injured upon arrival.

As some cat owners would have experienced first-hand, their pets — inherently natural predators — tend to leave gifts of sorts for their owners as a “prey-retrieval” instinct. Thus the dead lizards and decapitated mice left in shoes and on doormats.

There’s also a belief that cats could think that their owners are bad, inferior hunters who can’t provide for themselves, and the gift they bring home could be their way of providing for them. Or it could just be the cat’s way of showing off what they found.

Speaking to AsiaOne, the woman mentioned that the cat — named Meow Meow — has brought back home other hunted prey since her family adopted the stray calico in 2017.

“When she brings home ‘gifts’ she makes a certain sound so we went to see what was it she brought back,” the woman said.

“She has brought home birds and mostly lizards, often dead. Hamsters are a first,” the cat owner laughed.

In any case, the woman is looking for anyone to take the hamsters off her hands, going so far as to pasting notices around her block to no avail. With over 1,200 shares on her Facebook post, help might arrive soon enough. 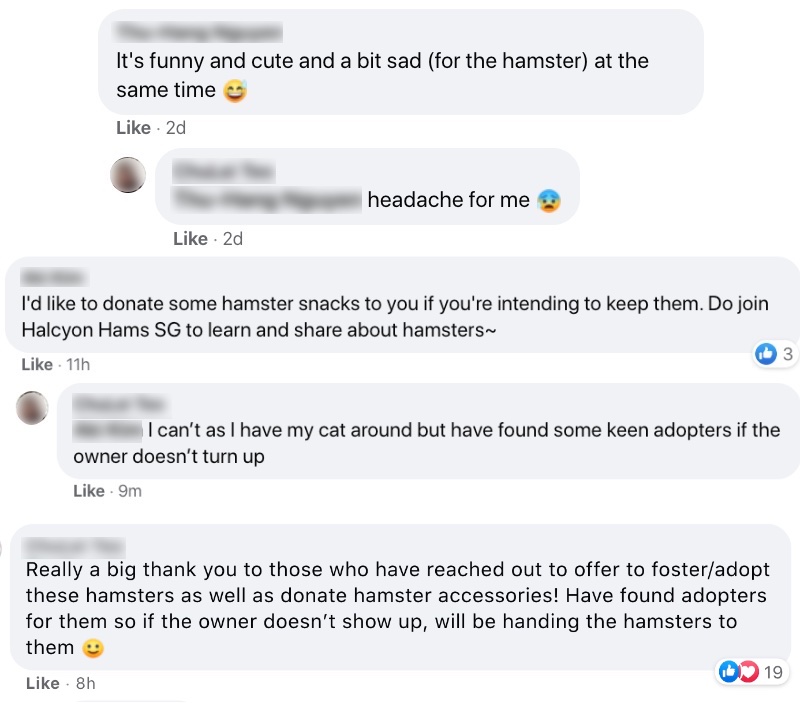 The hamsters remain safe for now from the clutches of Meow Meow while the woman awaits for them to be picked up.

"[The cat] can still smell them so sometimes she’ll look really curious outside my room door (I have kept them from her reach) and [she] seems a little jealous," noted the unwitting hamster rescuer.