A still from the Chainsaw Man main trailer.

Chainsaw Man has received a main trailer, and boy, does it go hard.

The reel treated fans to an extended look of the upcoming anime in all its gory, brilliant glory, and announced some new details on the side, including the additional cast for five more characters, the name of its opening theme song, and 12 ending songs.

Yes, you read that right. In an unprecedented move in the anime industry, the show will have a different ending song for each episode, with the artist roster filled with big names that should be familiar to anime and J-pop enthusiasts.

Do note that the order isn't arranged chronologically, so the first episode won't necessarily feature the top song on the list.

With a strong 12-song ending line-up helmed by star-studded names and excellent animation as seen in the trailer, it seems Mappa (who is also a big name in its right, after working on Jujutsu Kaisen and Attack on Titan Final Season) is going all-out with Chainsaw Man. 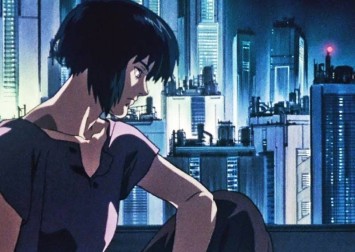 The series will premiere on October 11 on TV Tokyo and five other affiliated channels, as well as on Amazon Prime Video, with Crunchyroll set to stream it in over 200 countries and territories around the world.

For those who are attending New York Comic-Con, the US premiere will be screened there on October 7, 12.45pm EDT (12.45am Singapore time).

Chainsaw Man is adapted from the manga by Tatsuki Fujimoto, which received a second part in July this year.

A synopsis of the series reads, "Denji is a teenage boy living with a Chainsaw Devil named Pochita. Due to the debt his father left behind, he has been living a rock-bottom life while repaying his debt by harvesting devil corpses with Pochita.

"One day, Denji is betrayed and killed. As his consciousness fades, he makes a contract with Pochita and gets revived as Chainsaw Man – a man with a devil's heart."