China Telecom said on Thursday it is ready to build a 5G mobile network with its rivals in order to reduce costs, a proposal that is likely to cut multi-billion dollar equipment orders for vendors such as Huawei Technologies.

China's big three state telcos are racing to roll out 5G services in more than 50 cities this year, following countries like South Korea and the United States which have already started the service that promises to support new technologies such as autonomous driving.

While the gradual rollout of 5G services globally is a boon to telecoms gear makers, tie-ups by mobile operators in China, the world's biggest smartphone market, to build the network together threaten to cut the size of the overall 5G infrastructure spending.

The proposal also comes as Huawei is fighting a trade ban from Washington that has hurt its business since May and could cut off its access to essential US suppliers. 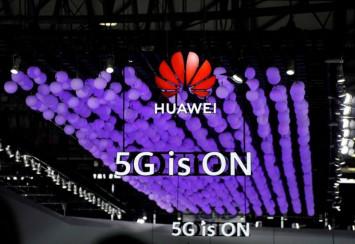 China Telecom Chairman Ke Ruiwen said on Thursday the company had reached a tentative agreement with rival China Unicom to jointly build a 5G network where they would share part of the infrastructure after China Unicom expressed interest in that last week.

Mobile operators are seeking to build networks together to share the heavy capital expenditure burden, as their earnings growth eases due to slowing subscriber growth and government pressure to cut tariffs.

Unlike South Korea and the United States, China aims to build the kind of 5G network known as stand-alone network, which is more powerful than an upgrade based on the existing 4G network but is costlier.

Both Ke and Wang said they are open to working with other players including China's largest telecom operator China Mobile, with Ke saying it is "totally possible" for the three to jointly build networks in low population density areas, which would have "great cost-saving".

China Mobile did not immediately respond to a request for comment. Earlier this month, it announced an increase of its 5G capital expenditure this year to 24 billion yuan.

Huawei, the world's largest telecoms equipment vendor, said at the end of June it has won 50 5G contracts around the world. Its home market has become more crucial to Huawei as its international business has been hit by a US trade blacklist imposed in mid-May.

The three Chinese telecom operators, all Hong Kong-listed, have said they will treat all vendors fairly in open tenders for their 5G buildout.

China Tower Corp, the telecom tower company jointly owned and shared by the three mobile operators, said earlier this month that it had received client demands to install 65,000 5G base stations so far, a number that it expects to rise to 100,000 by the end of the year.