HONG KONG - Chinese fans of Nintendo's Animal Crossing: New Horizons are paying a premium on foreign consoles and finding ways to skirt limits imposed by local regulators on a game that has become both a breakout worldwide hit and political flashpoint.

The game has become a global bestseller as its players describe the ability to create virtual versions of themselves and their homes and interact with other gamers as a form of escapism from the real world of coronavirus lockdowns, but it is not licensed for sale in China's tightly regulated gaming industry.

To obtain the game and play it to its full potential, players in China are paying a premium of up to 50 per cent for unlocked Switch consoles sold abroad and brought in by middlemen, getting foreign bank accounts to pay for items, or paying for services to get faster internet speed to access the game's overseas servers. 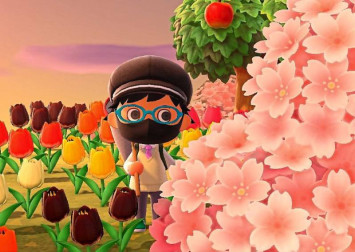 "I think that everyone is like this. After a period of time you will want to speak to someone, to chat with someone or to go out somewhere with someone.

"But there aren't many such opportunities during this epidemic," said Chinese tutor Zhao Tianyu, who bought a Switch console on Alibaba's Taobao e-commerce platform from a third-party seller in February.

"This game is a way for us to communicate with each other."

Analysts say it has created the most buzz in China of all foreign-made games and gamers have used the opportunity to mimic scenarios in the real world, imposing temperature checks and mask-wearing on the virtual islands they create and even putting up patriotic posters with images of President Xi Jinping.

But some aspiring players are now having to use code words to find Animal Crossing on sale online after Hong Kong democracy activist Joshua Wong used the game to criticise Beijing, prompting a mainland crackdown on illicit sales. 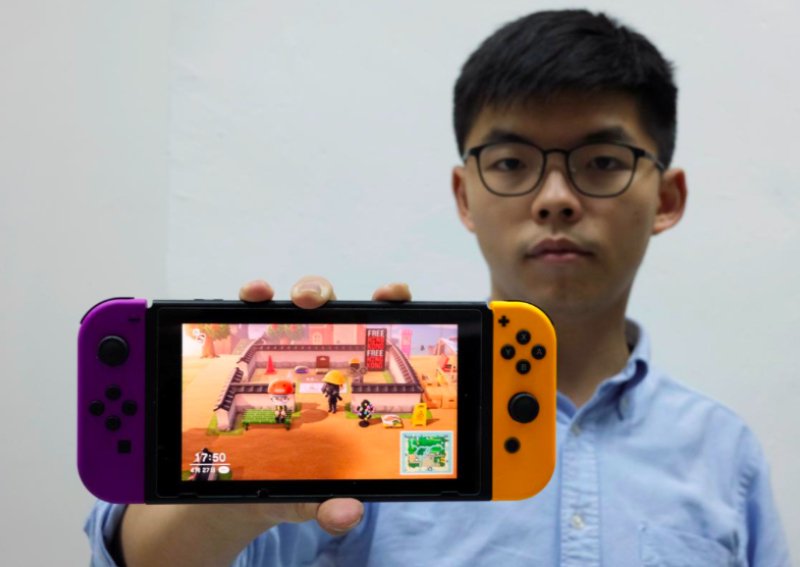 Pro-democracy activist Joshua Wong poses with a Nintendo Switch where depictions of anti-government protesters and signs of "Free Hong Kong" are seen in the game Animal Crossing, in Hong Kong, China.  PHOTO: Reuters

Fellow gamer Liu Jici, 25, said he plays for about eight hours a day. "It's just like real life. Despite the quarantine, I can still hang out with my friends."

Nintendo said on Thursday that Animal Crossing: New Horizons shifted a record 13.4 million units in its first six weeks after it was released in March, and that surging demand for its Switch console helped the Japanese firm's fourth quarter profit to triple.

Nintendo does sell Switch consoles in China for the local market since December last year through a partnership with Chinese gaming giant Tencent but these Tencent-stamped ones contain a server lock that prevent players from connecting to overseas servers.

Some gamers told Reuters they had initially bought the Tencent version, thinking that they could use it to play their copies of Animal Crossing obtained from the grey market, but later found that they were unable to.

Zeng Duanxuan, a fashion designer from Beijing, said she had paid 2,100 yuan (S$400) for a Tencent-stamped console earlier this year but was now selling it because it could not be used to play her copy of the game.

"What attracted me about the game is that you can call at friends' homes like you do in real life, and go fishing and interact with friends. Now I'll just pretend that I never bought this Switch," she said. 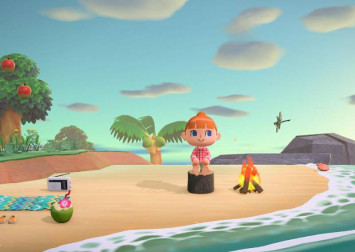 In comparison to Japanese versions of the Switch consoles which were priced by third parties by as much as 4,000 yuan, new Tencent-stamped ones are being sold at about half that on e-commerce platforms such as Pinduoduo, with nearly new ones priced even lower on resale sites like Idle Fish.

Daniel Ahmad, an analyst with gaming research firm Niko Partners, said Animal Crossing was exposing a disadvantage Tencent faces as it tries to promote its console in the world's largest video games market.

"This will always lead to core console players importing the grey market versions first," he said.

China's National Press and Publication Administration, the government agency in charge of overseeing print and online media, and Tencent did not immediately reply to requests for comment. Nintendo declined to comment.

But there is little hope that the Chinese government will relax its stance towards the server lock or quickly green light the sale of Animal Crossing in China as the game has become a political flashpoint after Hong Kong democracy activist Wong used it to protest against Beijing's rule over the Chinese territory.

Shortly after that, cartridges of Animal Crossing and related themed merchandise were pulled off China's grey market e-commerce platforms. 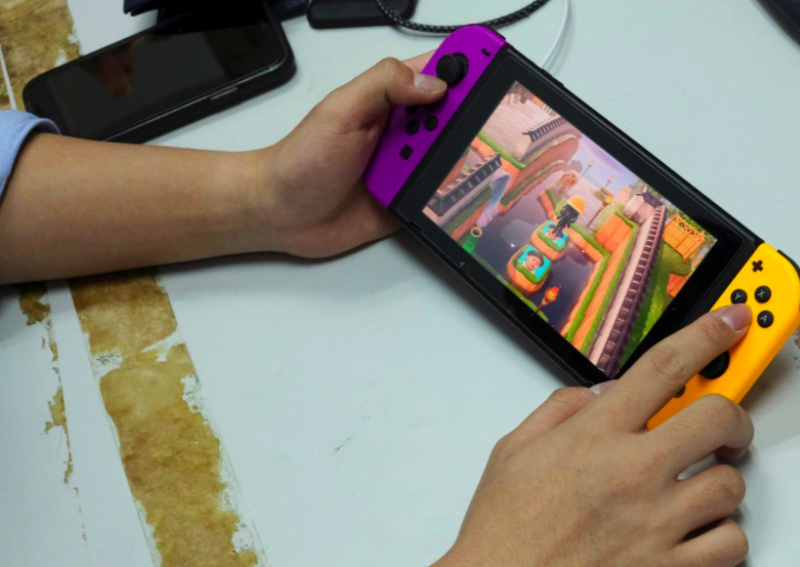 Mainland gamers now have to look for the game using codenames such as "macho man picking tree branch" and "macho man fishing bass" to find vendors willing to deal privately, and it has fuelled further frustration among the majority, who say they usually just carry out mundane, non-political activities like dressing up their cartoon avatars or grow vegetables.

"If it were a very violent game that had been banned internationally, I'd understand," Zhao said.

Still, some Chinese gamers have reacted to Wong's posts by decorating their island with slogans such as "one country, two systems, unite China," in reference to Beijing's policy towards Taiwan and Hong Kong.

Wong has since shared pictures of his island showing portraits of President Xi and the World Health Organisation's head Tedros Adhanom Ghebreyesus at a mock funeral with a sign saying "Wuhan pneumonia".

"We try our best to turn an island to be a protest site," Wong told Reuters.