We all have public transport horror stories, including finding an unidentifiable substance spilt on the seat of the bus or seeing someone puke in an MRT train.

Unfortunately for this cabin of train passengers in Shanghai, China, they might have faced something just as bad: misbehaving kids.

The clip shows a group of Caucasian kids being a downright nuisance to fellow commuters in the 11th cabin of the Shanghai metro train.

With no one reprimanding them, the kids could be seen swinging on the handgrips and goofing around along the aisle.

According to The Shanghaiist, Shanghai's metro group had caught the gist of the video and subsequently issued a statement to advise passengers to "abide by travel rules, noting that a subway carriage is a public place."

The clip has since been viewed over 3 million times on Miaopai, inducing much rage within the hearts of the Chinese netizens. Many strongly expressed their displeasure and unfairness that foreigners are treated so differently from the locals, while others were flabbergasted at how "courageous" citizens in Shanghai are when it involves foreigners. 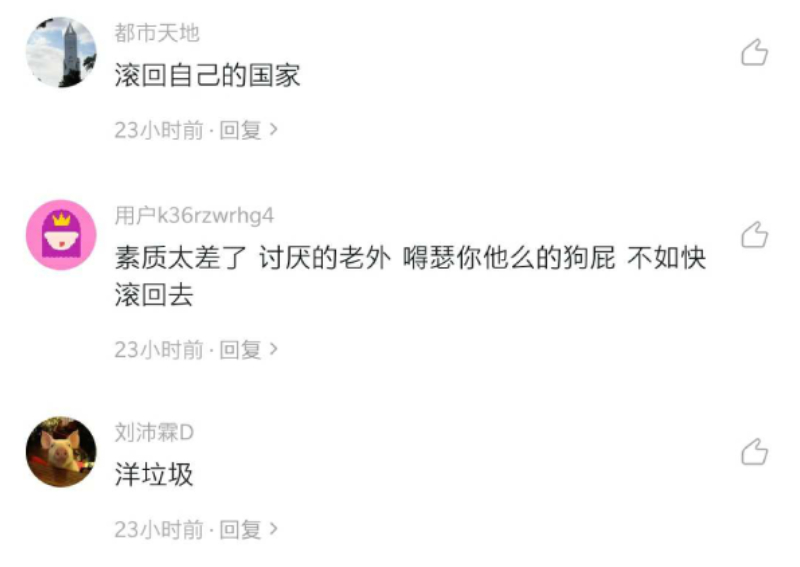 "DuShiTianDi: Go back to your country YongShik36rzwrhg4: The quality is too poor, annoying foreigners, why not just quickly return to your country LiuPeiLinD: White trash" PHOTO: Screengrab from Miaopai/WoMen WeVideo

"Huaancandy: White trash SuiSuiYueWuHenDanWoYiZouGuo: If this situation had been reversed, Chinese people who did the same would have been arrested." PHOTO: Screengrab from Miaopai/WoMen WeVideo 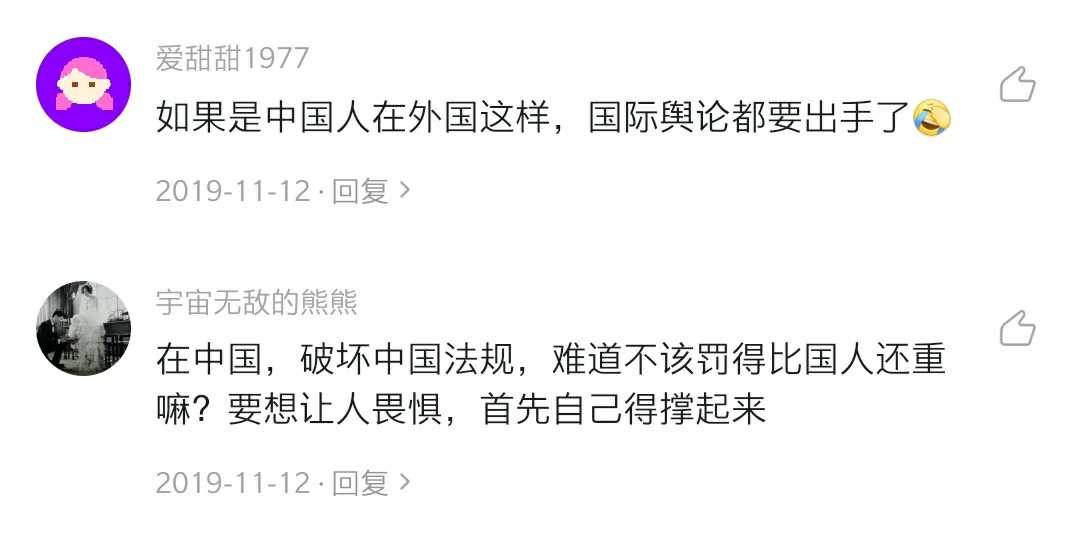 "AiTianTian1977: If Chinese people had done the same in a foreign country, it would have been all over the news. YuZhouWuDiDeXiongXiong: Wouldn't a foreigner have to be punished more heavily as compared to a Chinese local when it comes to breaking the law in China? If we want people to fear regulations, one would have to support them first." PHOTO: Screengrab from Miaopai/WoMen WeVideo