Great news if you want more eSIM options in Singapore.

Virtual telco Circles.Life just launched their eSIM service, with the option to get an eSIM mobile plan online without requiring a physical SIM or offline verification by a third party.

A quick recap - an eSIM is an embedded SIM card inside a smartphone. Phones with eSIM compatibility can simply change phone numbers or preferred telcos without physical SIM cards.

Below is a list of smartphones and tablets that work with Circles.Life eSIM mobile plans. It's worth noting that Circles.Life does not have eSIM support for the Apple Watch smartwatch yet. 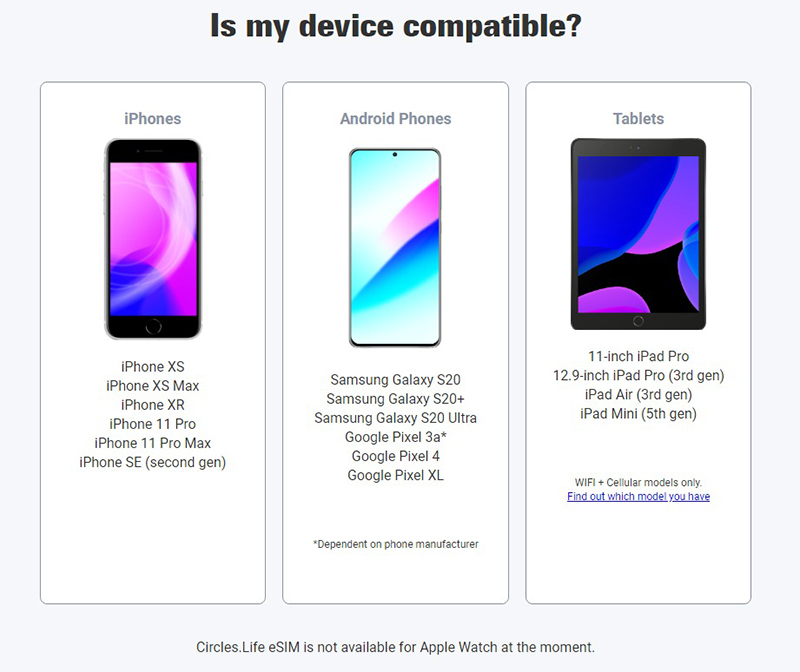 New or existing customers of Circles.Life can purchase and activate an eSIM mobile plan via virtual activation, which consists of facial recognition and MyInfo integration.

A new or existing user of the telco will only need to follow specific instructions via the Circles.Life app to register for an eSIM line.

If successful, Circles.Life will send your eSIM details via email. You can view the instructional video here.

Additionally, the eSIM service can also work alongside existing phone lines on a physical SIM card, which allows users to adopt Circles.Life's eSIM as a secondary phone line, especially if they want to separate work and personal contacts. 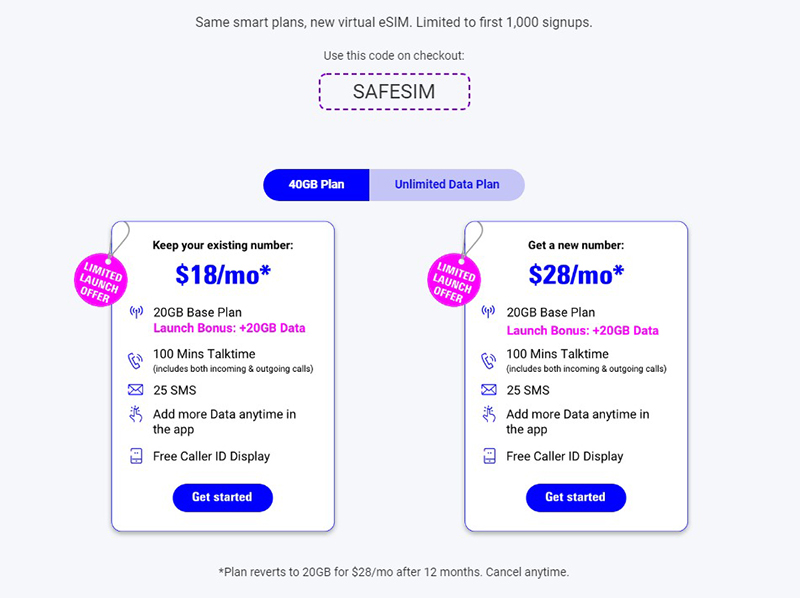 20GB mobile data plans for eSIM. The 40GB reflected factors in the bonus 20GB for the first 1,000 signups. PHOTO: Circles.Life 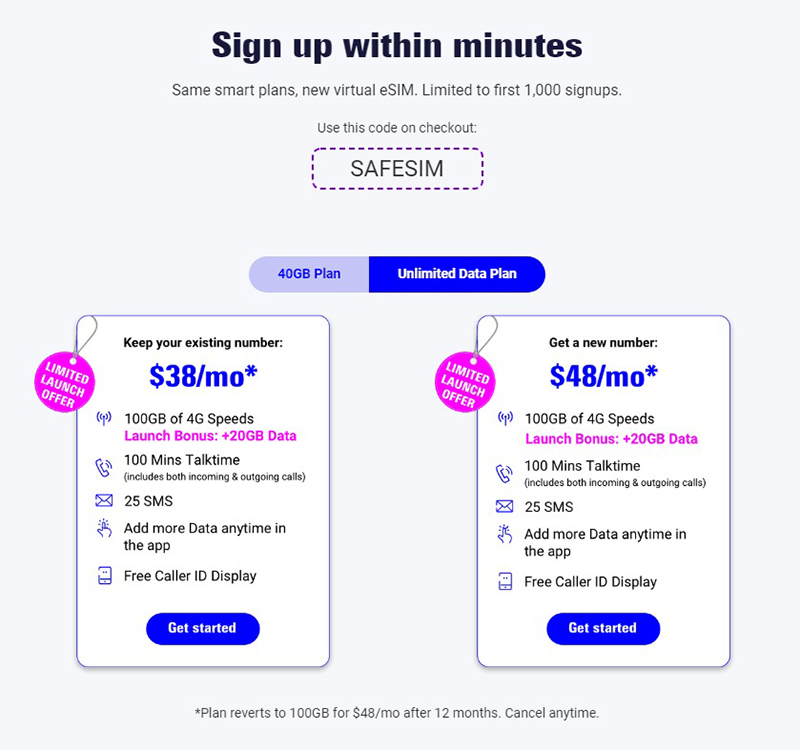 The 'unlimited' mobile data plan that offers 100GB of 4G mobile data speeds. An additional 20GB of 4G speed is given if you are one of the first 1,000 signups. PHOTO: Circles.Life

The eSIM plans are just like the traditional physical SIM plans by Circles.Life, starting at $18 per month for their 20GB base plan for existing numbers.

The first 1,000 users to sign up for Circles.Life's eSIM will get an additional 20GB as a launch bonus for the first 12 months (which they've advertised as a '40GB plan' in our screenshots). 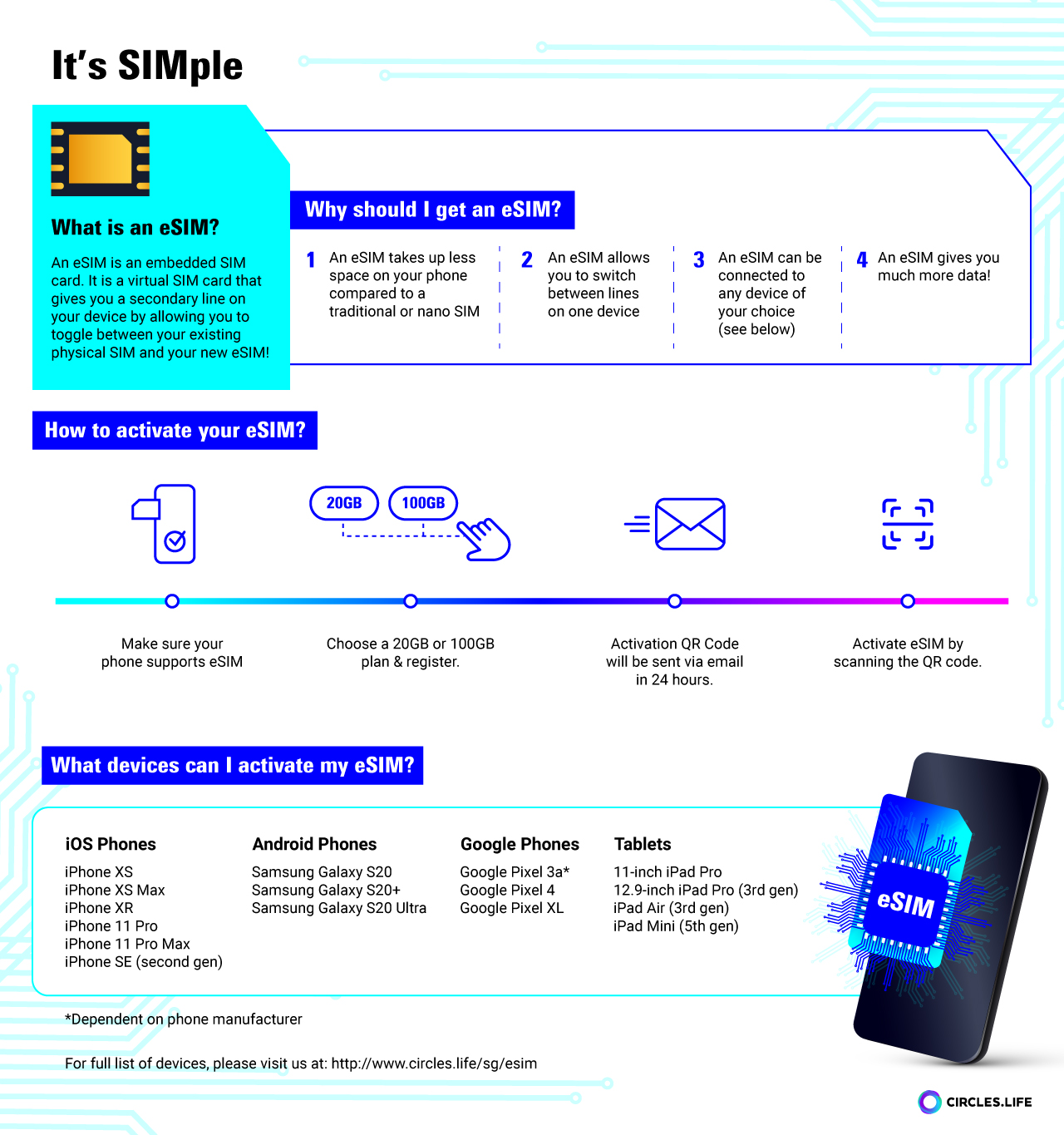 To learn more about Circles.Life's new eSIM offering, you can check them out at their landing page here.