Cloud computing may put Big Tech ahead in future of video games: Citi

More and more gamers are preferring to rent hardware instead of buy it, to play games for free, to watch others play as a spectator sport and to play across different devices - all of which is on the horizon with cloud-based gaming.

"These new trends in the video game industry could make it much easier for the big cloud players to come in and start pulling away revenue," Citi analysts wrote.

That leaves game publishers finally feeling the disruptive power of the internet, years after it hit other media industries, including newspapers, radio and television. 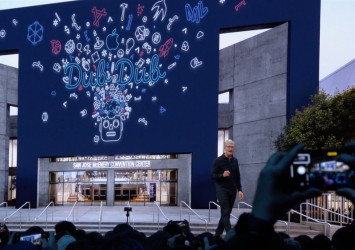 The potential upside for Big Tech comes as it faces scrutiny from US regulators about whether the companies misuse their massive market power.

The Federal Trade Commission and US Department of Justice are expected to share duties in a possible antitrust probe of Amazon, Google, Apple Inc and Facebook Inc.

Even so, their cloud services are poised to capitalise on the exploding popularity of video games. More American millennials now subscribe to a video game service than traditional paid television services, a survey showed on Monday.

Much of the uptick is seen in casual gaming among amateurs. Esports - professional matches watched in person or online by throngs of fans - are also on the rise and expected to generate $1.1 billion (S$1.4 billion) of revenue globally this year, data from Newzoo shows.

In March, Google unveiled Stadia, its new browser-based game streaming service to launch this year through its cloud technology.

Pricing for such services has not yet been announced, but Citi analysts calculated that they could cost between $9 to $18 per month.