A couple was inspired to commit crimes by a TV show produced to, ironically, serve as a warning to people from doing so.

An episode of Crimewatch focusing on Carousell scammers inadvertently motivated Muhammad Haadii Asmadi and his fiancee Sushilawati Selamat, both 30, to go on a crime spree of conning people on the popular online marketplace.

Haadii has since been sentenced to 10 months in prison on Monday (May 18) after pleading guilty to cheating and abetting by conspiracy, according to a court report by the news website Today. As for Sushilawati, she was earlier sentenced to eight months in jail.

Together, they managed to swindle over 30 victims out of their money, accumulating nearly $10,000. Their entire loot has been spent on personal expenses, including hotel stays and food.

Seeing how it was easy to make money off scamming people on Carousell through the Crimewatch episode, the two unemployed individuals started making various throwaway accounts on the platform in September 2018.

Interested buyers would be instructed to transfer money into Sushilawati’s bank accounts to make the purchase. They would then make up excuses for delays in shipment before becoming uncontactable. 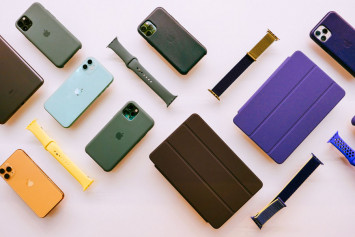 The biggest con they made was through a victim who transferred $3,440 to them in the belief that he was purchasing two sets of the DJI drones with batteries thrown in.

When Carousell shut down an account after receiving complaints, they would just create new ones. Four different accounts have been used, according to the court report.

At one point, Sushilawati even bought a customised ink stamp with the name Shopanddrop, the handle of one of their accounts. This was used to stamp so-called invoices to convince sellers that they were legitimate.

A total of 24 police reports were filed against the couple for their scams between September 2018 and March 2019. In court, Haadii pleaded guilty to nine out of his 24 charges, admitting accountability to nine victims. The man reportedly obtained a total of $9,454 from his scams, while only $299 have been recompensed.

His lawyer stated that Haadii had been driven by desperation — he was forced to live on the streets in 2017 after his parents kicked him out of the house. He lost his job around September 2018 and started offending to make money “to buy daily necessities”.