It’s a comeback for the ages, but Cyberpunk 2077 has hit its highest concurrent player count on Steam since January 2021. According to the Steam Charts, the game saw around 85,555 concurrent players on Steam this past weekend that clearly denotes a resurgence in popularity — despite still being a far cry from the one million player count at launch.

Thank you so much chooms for this second chance 😭 https://t.co/IONdDq8D9x

The figure has since been on a steady decline, hitting a high of 80,483 concurrent players on Jan 21, 2022 before dropping even further. This recent boost marks the most interest that the game has received in more than a year, and a huge part of that can be attributed to its anime spin-off, Cyberpunk: Edgerunners.

The show, which is helmed by the well-known Studio Trigger (Promare, Kill la Kill), premiered on Netflix to critical acclaim, earning praise for its narrative, worldbuilding, and animation. It now boasts one of the highest audience scores on the platform, and has prompted many to give Cyberpunk 2077 a second chance, or to try it out for the first time. The upcoming 1.6 Patch will also tie in both universes by incorporating Edgerunners content into the game world of Night City. 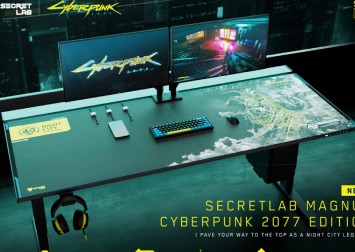 This isn’t the first time that such a scenario has played out for CD Projekt Red. When The Witcher live-action series made its debut on Netflix, The Witcher 3: Wild Hunt was also briefly more popular than it was after its 2015 release. Whether Cyberpunk 2077 can maintain its momentum remains to be seen, but it’s a much-needed recovery, especially after its roller coaster start. The highly-anticipated title had a disastrous launch back in December 2020 due to the presence of many game-breaking bugs and glitches, which rendered it almost unplayable for some.

CD Projekt Red subsequently offered a refund for any disgruntled customers, while Sony delisted it from the PlayStation Network Store. The game was eventually relisted on June 21, 2021, but with the warning that it was best experienced on PlayStation Pro and the PS5. Now, it seems Cyberpunk 2077 is slowly getting groove back, with a DLC titled Phantom Liberty slated to release sometime in 2023.