Detective Pikachu has surpassed Warcraft as the highest-grossing video game film of all time.

Rob Letterman's blockbuster — which stars Ryan Reynolds as the titular yellow Pokemon — has made over $436 million worldwide at the box office.

The 2016 CGI flick by Duncan Jones based on Blizzard Entertainment's fantasy franchise, on the other hand, previously held the title when it beat Prince of Persia: The Sands of Time with $433 million.

So it's no surprise that a new Detective Pikachu game is coming to Nintendo Switch. 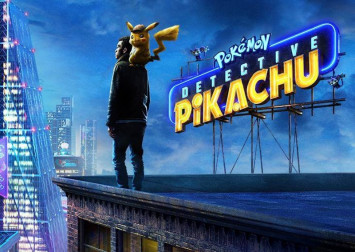 The previous version — in which the player works with a talking Pikachu to solve various mysteries — was launched for the Nintendo 3DS back in 2016. Now, a brand new Detective Pikachu title is coming to the brand's other portable console.

Although details are being kept a secret for the time being, fans can expect a slew of clues to appear in the lead up to its release.

The Pokemon Company announced: "Can't wait to keep sleuthing with [Detective Pikachu]? Plans are under way to bring this crime-solving Pikachu to Nintendo Switch! The details of this game are still a mystery... so keep checking back here for more clues."