After producing such a groundbreaking (and heartbreaking) masterpiece, the makers of The Last of Us deserve all the time in the world to perfect their sequel — even if it’s taking them more than six years to do it.

If there’s anything we should learn from that God Of War documentary, brilliance should never be rushed. To be honest, we’d rather have the release date of a game delayed than a rushed one that’ll turn out awful.

But the wait to bust some cordyceps-infected heads is nearly over, true believers. Naughty Dog is currently looking for people to fill in some roles to help the developers “close out” The Last Of Us Part II, including programmers, designers, artists and animators. Co-game director Anthony Newman guarantees that the melee animator position will be particularly thrilling, which is not that surprising considering the first game had some really gnarly close-up combat.

Lot of awesome positions open to help us close out this game... I especially want to highlight the Melee Animator position, I guarantee you will be working on some *dope* animations working with my good friend @Leethul 🗡️💀 pic.twitter.com/vmlVkJlfTl

Another indication of the completed game being within sight: Last month’s wrap on the shoot involving actors Troy Baker and Ashley Johnson, who are reprising their roles as Joel and Ellie respectively. “Tears were shed,” tweeted Naughty Dog vice president and the game’s co-writer Neil Druckmann.

And that’s a wrap on Ellie, Joel, and the most ambitious cinematic shoot we’ve ever done. Tears were shed... #TheLastOfUsPartII pic.twitter.com/mRnlP54u4N

Gamespot pointed out that although it sounds like the development of The Last of Us Part II is in its final stages, we probably won’t be able to play it so soon. After all, there still seems to be a load of work and testing needed for the project, which apparently involves the whole of Naughty Dog’s workforce — they don’t have any other announced game in the works. 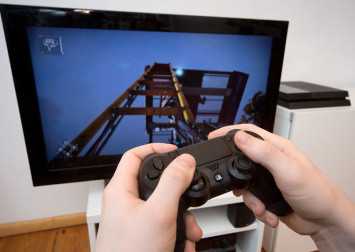 There are also rumours that The Last of Us Part II could be a launch title on the Playstation 5, though that’s unlikely. It’s possible that the game will be a late-generation release like its predecessor, which came out on the PS3 right before the PS4 launched. Seeing that the PS5 will be backwards compatible, we might not even see the game being remastered for Sony’s next-generation console.