Disney's streaming service will offer its films and TV shows, along with the library it acquired from Rupert Murdoch's 21st Century Fox. That includes the "Star Wars" and Marvel superhero franchises and ABC television content.

Disney's video streaming service will launch in the US early next year then gradually go international, making its debut as a Netflix rival later than expected.

Disney streaming services president Michael Paull said after a US debut in the first quarter of 2020, Disney+ will then launch in Europe.

The entertainment giant had been expected to introduce Disney+ this year.

Disney's service will offer its films and TV shows, along with the library it acquired from Rupert Murdoch's 21st Century Fox. That includes the "Star Wars" and Marvel superhero franchises and ABC television content.

Details about Disney+ were shared by executives at an annual investor day, where chief executive Bob Iger said the streaming service would combine strengths of Disney and the assets acquired from Fox. 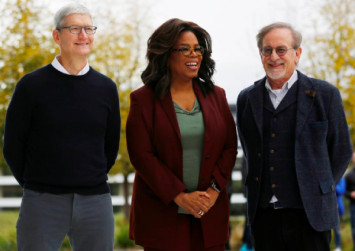 "The Disney+ platform is being built on that foundation; one that no other content or technology company can rival," Iger said.

"We knew the best approach to the market was to create great content and distribute it in innovative ways. It is that simple."

Disney+ will combine offerings from powerhouse brands including Pixar, Marvel, and Star Wars with content from Hulu and sports network ESPN.

Disney stressed plans to use its coveted content, and original creations to come, to differentiate itself in the increasingly competitive streaming television market.

"I strongly believe Disney will not become a threat to Netflix whatsoever," said analyst and Transpire Ventures partner John Meyer.

"Netflix now knows what people want more than anybody."

Some of the biggest names in media and tech world are gearing up to move into streaming, in what could be a major challenge to market leader Netflix.

With Hollywood stars galore, Apple last month unveiled its streaming video plans along with news and game subscription offerings as part of an effort to shift its focus to digital content and services to break free of its reliance on iPhone sales.

The Apple TV+ service, an on-demand, ad-free subscription service, will launch this year in 100 countries, the company said. 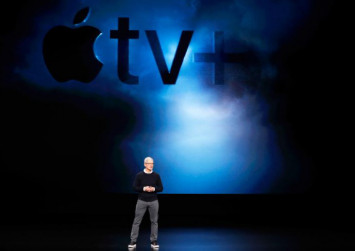 "Great stories can change the world. We feel we can contribute something important to our culture and to our society through great storytelling."

This year is expected to see the launch of a streaming television service from WarnerMedia, the newly acquired media-entertainment division of AT&T.

The new entrants, with more expected, could launch a formidable challenge to Netflix, which has some 140 million paid subscribers in 190 markets, and to other services such as Amazon and Hulu.

Netflix is likely to feel pain, not only from the new rivals, but also from the loss of content from the big libraries of Disney and Time Warner.