E-getai entertains the elderly at home

She is used to performing in front of crowds, hyping them up with banter and song.

But Ms Teresa Ong, 39, now performs for a virtual audience, in front of cameras and a minimal production crew.

Better known by her stage name Da Bao Bei, she is one half of the local getai duo the Bao Bei Sisters, who have more than 20 years of experience in the industry. Speaking to The New Paper on Thursday, she said the main aim of online getai shows, dubbed e-getai, is to keep the elderly entertained at home.

"With the whole virus situation, it's impossible to have shows outside, and we know that many of our elderly friends really miss the whole getai scene," she said.

"By having e-getai, we not only create jobs for the performers and crew, but can also help keep people home." 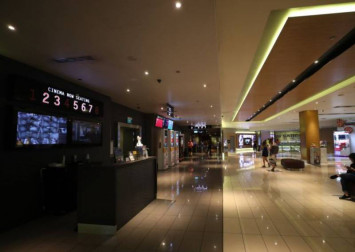 It is supported by the Ministry of Communications and Information. The initial plan was to air the live shows on Facebook and YouTube every Monday from 7.30pm to 9.30pm.

But with its massive success, a new slot on Thursday nights was added.

Mr Tan said: "The most recent episode saw 22,500 viewers tuning in live on Facebook and 12,000 views on YouTube concurrently.

"Each episode easily garners an average 700,000 views, with the most recent one hitting one million views."

Neo added: "I really love that we are now bringing getai from the street to the screen. I'm happy that the Government has been supportive of this, and we really want to do this well and keep people entertained so they will stay at home during this period."

The shows also feature a series of "guest stars" - ministers who join in performances and engage the virtual audience.

Read Also
Creative professionals in Singapore who've lost jobs due to Covid-19, this website is for you 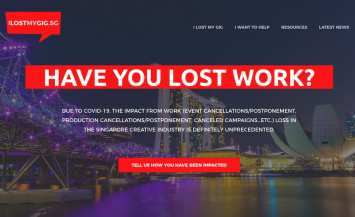 Last Thursday, Education Minister Ong Ye Kung showed his linguistic skills when he cajoled seniors to stay home in Hokkien and Teochew. He went on to sing Voices From The Heart, a xinyao classic by Wu Jiaming.

While the shows are slated to end on April 27, Ms Ong hopes that they may continue in some form so performers like herself can find new fans across borders.

"I'm hoping that with e-getai, we'll be able to open up more to a new platform for ourselves," she said.

"My wish is to see our getai culture spread, and to one day be shared with our international friends from overseas."