Twitter logo and a photo of Elon Musk are displayed through magnifier in this illustration taken October 27, 2022.

Twitter Inc CEO Elon Musk said in an email to Reuters on Friday (Jan 6) that hiring law firm Perkins Coie to defend the company in a California federal lawsuit this week was a mistake it would not make again.

Reuters reported earlier that lawyers from Perkins Coie entered court appearances for Twitter in the case on Wednesday even though Musk has denounced the firm on the social media platform, including in a tweet last month related to its past work for former Democratic US presidential nominee Hillary Clinton.

Musk's email said hiring Perkins Coie was "an error on the part of a member of the Twitter team."

"Perkins will not be representing Twitter on future cases," he said.

Musk's finger-pointing follows months of internal tensions over Twitter's legal staffing and priorities since he acquired the company for $44 billion (S$59 billion) and took over as CEO in October.

Musk has fired Vijaya Gadde, Twitter's legal affairs and policy officer, and other senior employees as he seeks to undo what he has criticised as past censorship and partisan bias at the company.

Twitter has also shaken up its outside legal teams, with attorneys from Quinn Emanuel Urquhart & Sullivan stepping in for other firms in several cases. 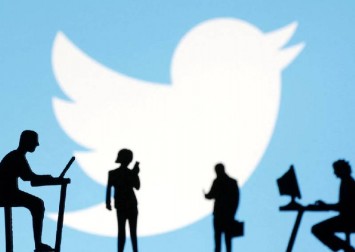 Musk tweeted on December 8 that Twitter "isn't using Perkins Coie" as outside counsel and urged other companies to boycott the firm. He singled out a former Perkins Coie lawyer, Michael Sussmann, who advised Clinton's 2016 presidential campaign while at the firm.

Sussmann was acquitted in May after denying federal charges that he falsely told the FBI he was not working on Clinton's behalf when he gave the agency purported evidence of cyber links between the Trump Organisation and a Russia-based bank.

"No company should use them until they make amends for Sussmann's attempt to corrupt a Presidential election," Musk wrote in December, referring to Perkins Coie.

In May, Musk tweeted that Perkins Coie and another large law firm were made up of "white-shoe lawyers" who "thrive on corruption."

The case that Perkins Coie signed on to for Twitter this week was brought last year by Laura Loomer, a far-right activist who was banned from the site in 2018.

The San Francisco lawsuit claims social media giants, corporations and the US government conspired to "unlawfully censor conservative voices and interfere with American elections." Twitter and its former CEO Jack Dorsey have denied the claims.