Dota 2’s biggest event, The International (TI) Singapore, will have its 2022 event take place between Oct 8 to 30. As per the announcement, the action will now be stretched across 23 days which is double what we’ve grown accustomed to.

In past TIs, the grand event, was wrapped within 10 days tops. This time around we’ll see longer breaks in between each stage of the tournament.

In comparison to the World Cup, which sees the tournament being played out across 28 days featuring 32 teams.

The International travels to Singapore this October for four consecutive weekends of Dota action. https://t.co/LBqwoJ8ka7 pic.twitter.com/4RyeAaiNF9

With the 2022 edition of TI, the entire event will feature 30 teams and introduces a format to allow last-minute qualifiers.

Kicking off the event proper on Oct 8 to 12, 2022, TI will see 10 runners-up from the main regional qualifiers battle for two places in the group stage for the Last Chance Qualifiers.

Following that, the Group Stage, taking place from Oct 15 to 18, 2022 will consist of 20 teams. These teams will be comprised of the top 12 teams from the Dota Pro Circuit, the six winners of the regional qualifiers, and the two teams from the Last Chance Qualifiers above.

After the Group Stage, TI will then move on to the Playoff Stage in order to determine the final two teams from Oct 20 to 23, 2022. The stage of the competition will be played at Suntec City.

Wrapping up, the Grand Finals will take place from Oct 29 to 30, in the Singapore Indoor Stadium to determine the eventual winner.

Read Also
Singapore to host Dota 2 The International 11, a first for Southeast Asia 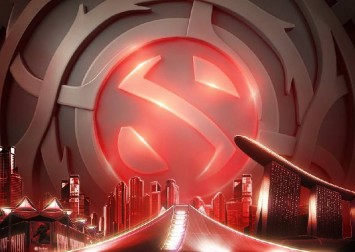 With the dates all laid out, the Playoff Stage for TI places it in the same time period as Gamescom Asia which takes place from the Oct 20 to 23, as well.

This will make Suntec City jam-packed with all things video games and we can imagine that Gamescom Asia might very well be overshadowed by TI.

With an update patch to Dota 2 arriving on June 8, 2022, it will potentially put the game into a state of flux once again and it might see different teams benefiting to different degrees.

Book your flights / accommodation first as official ticketing information has yet to be released and we expect prices to spike pretty soon.