Facial recognition tech is creepy, convenient, and here to stay

Facial recognition has inserted itself into our everyday lives — most notably through Face ID on our iPhones, as well as security systems at immigration checkpoints around the world.

As a concept, biometric identification is a not-so-futuristic notion that has long been explored in films, books, and television. Essentially, it involves using your own biological (and sometimes behavioural, or physiological) features to confirm identity: think voice identification, fingerprint and retina scanning, and of course, full facial recognition. 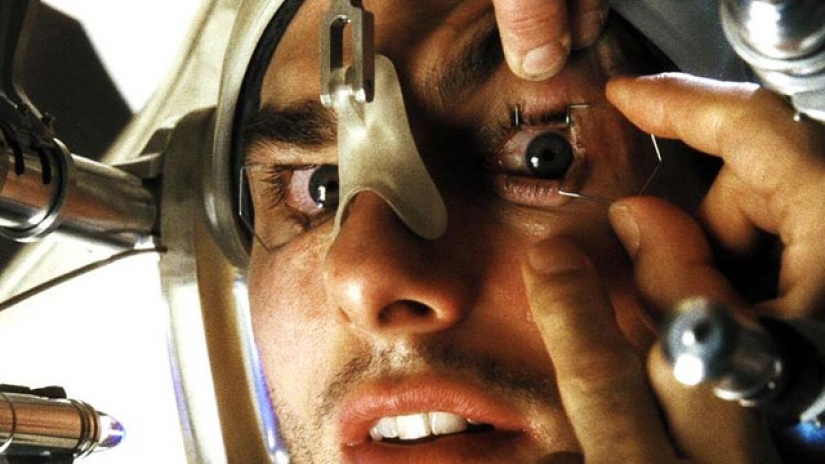 In Minority Report, Tom Cruise famously gets a pair of black market eyeballs to replace his own peepers. Many science fiction movies use biometric identification to enforce power and order: think Robocop, Judge Dredd, various Terminators, District 9, and even The Fifth Element — all of which showed how law enforcement uses DNA-encoded weapons, facial scanning and matching, and other types of biological or behavioural identification. Even as far back as 1968, Stanley Kubrick’s 2001: A Space Odyssey showed us a world where advanced computers (the gently menacing HAL) would be able to identify voices, and even emotions. 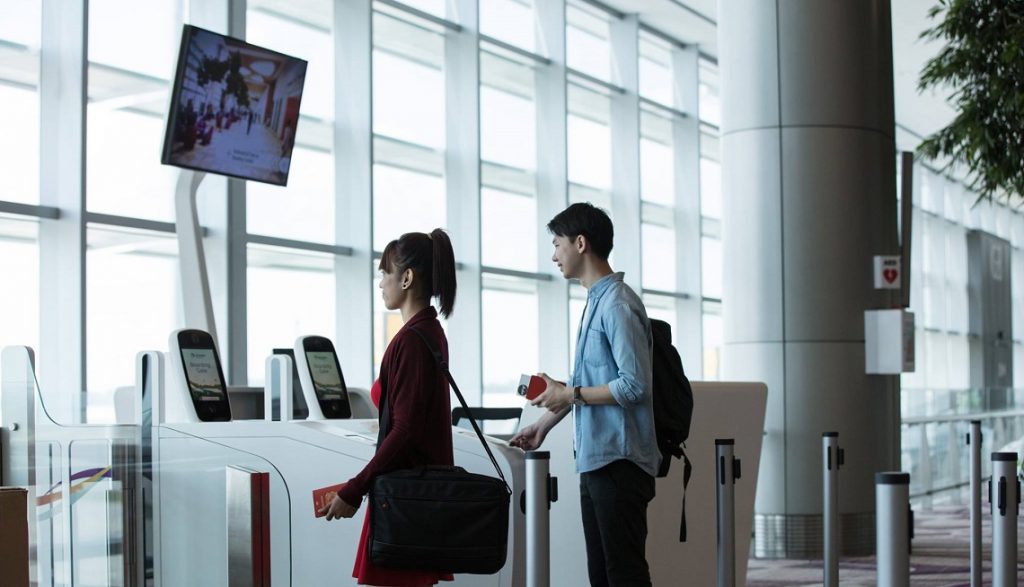 Right now, humanity is still fresh-faced and optimistic about the ease and efficiency that contactless technology can and will provide for us. In the future, however, perhaps we won’t even need to bother with wallets, traditional forms of identification, and old-school inky thumbprints. Eventually, all you might need is your face. After all, Singapore touts itself as a Smart Nation, and we’re proud of our progressive approach to technological improvements. But what are the implications of getting comfortable with facial recognition and constant surveillance, all for the sake of convenience?

Getting up close and personal with… ourselves

Today, biometric features are common in consumer electronics, public security, and even social media. We recently took a tour through the NEC Innovation Centre at Biopolis to get acquainted with some of the company’s new facial recognition projects. Pic Checking out these prototypes elicited mixed feelings of fear and fascination. NEC is a business-to-business operation, so how the technology is used depends on who buys it.

This means that a humble neighbourhood mama shop could invest in NEC tech to identify their regular customers for the purpose of convenient cashless purposes. A major airport could get NEC tech to scan the faces of overstaying travellers, and keep their information on a watchlist forever. Ultimately, each company will be responsible for privacy parameters, like determining how long the collected data is archived. 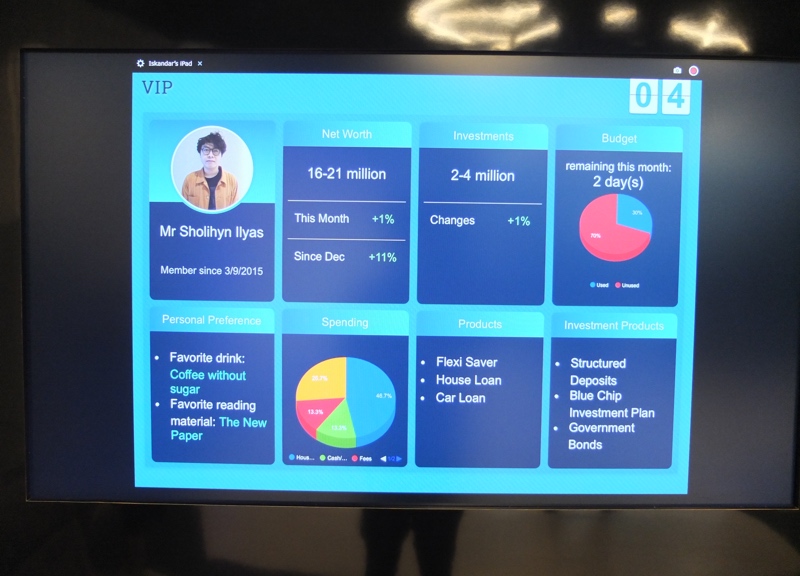 Get recognised as a bank "VIP customer"

On the less menacing, only mildly invasive scale of surveillance, NEC’s NeoFace AI engine has been rolled out at banks in Taiwan and Singapore as a method of identity confirmation. This isn’t news, because we’re all pretty used to being watched by unseen eyes at an ATM — it’s somewhat comforting knowing that if we do get mugged, there’s probably security footage of it.

But when incorporated into a more comprehensive system, NEC’s technology — along with strategically-placed cameras — can be used to track a person’s movements around a large space (say, a mall, convention centre, or airport), and even note how much money they withdraw from an ATM. What could possibly go wrong, right?

There’s also a facial ID-based financial assessment system, which banks can use for premium customers. It’s already in effect at OCBC Holland Village, as a way to verify customers entering the Premier Lounge. According to NEC, the NeoFace-powered system can “identify and greet customers by their preferred name, offer them their preferred drinks and magazines, and, understanding their visit records, to promptly deliver services.”

There was also a mockup display of a NeoFace bank scenario, and it’s definitely a little weird using your face to trigger a display of your exact financial situation — almost an echo of China’s social credit system that ties people directly to their economic metrics and assets. If you’re not particularly loaded, having your face biometrically linked to your bank balance can be a little depressing. 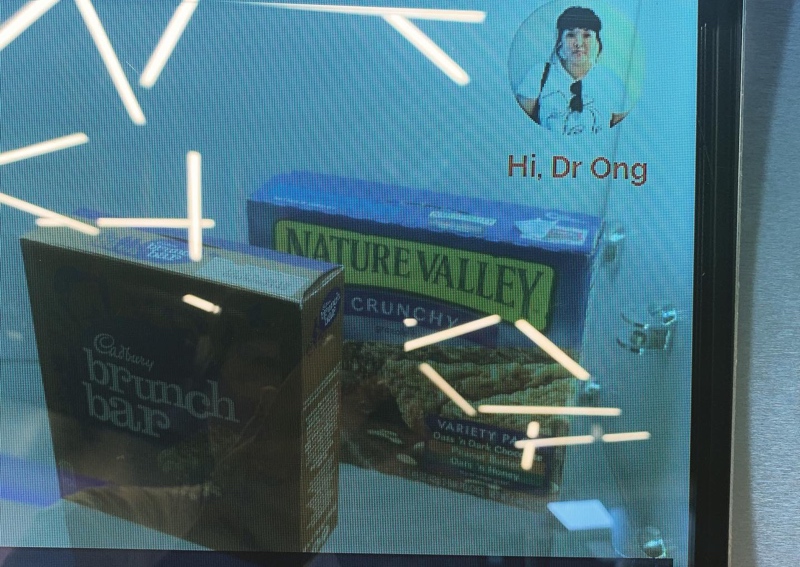 Buy granola bars with your face

NEC also has a prototype display case for easy purchasing: simply stand in front of it, and the case’s futuristic heads-up display (HUD) will identify you (I made it address me as “doctor”) and allow you to buy items in the case, only using your face. All I had to do was add some Nature’s Valley Granola Bars to my cart, approve a payment method associated with my face-account, and I was done.

Of course, what would a facial recognition prototype gallery be without police enforcement technology? To demonstrate, NEC had a tiny pinhole camera hooked up to its facial recognition system, to be used on police vests out in the field. Cops here have rocked (older, bulkier) body cams since 2015, but adding a facial recognition system opens up new possibilities for potential abuses of power, non-consensual data harvesting, and profiling. After all, the police force is a public government agency, which means it isn’t governed by the PDPA. 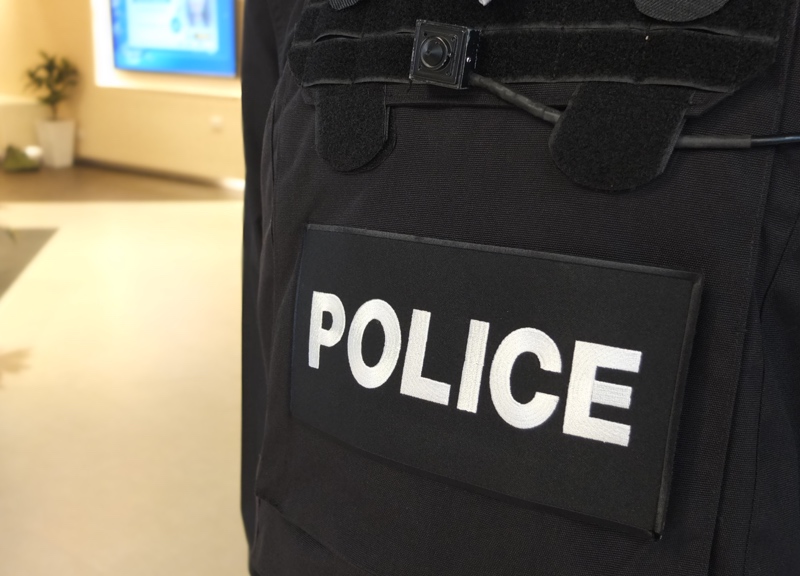 A pinhole camera on a police vest

As to where the information is stored, NEC works with cloud services providers such as Amazon Web Services, as well as on-premise storage providers (or a hybrid of both), depending on customer's requirements. “NEC respects the privacy and human rights of all individuals in our business practices, and our facial recognition systems also operate in compliance with the applicable laws and regulations of each country,” offered NEC rep Adeline Sim.

Given that pretty much anyone and everyone is susceptible to some kind of security or privacy breach these days (yes, even you, bitcoin), having your biometric markers (as opposed to old-fashioned passwords and personal information) ganked by hackers is a future possibility.

At the moment, without supplemental forms of identification (passport, personal information, and thumbprints), having a map of your facial contours is generally pretty harmless — how would you even cross-reference that information unless you had a database? Of course, NEC has anticipated Mission Impossible-style mask spoofing: our guides were prepped with eerily human face masks to show us the difference between “active” and “passive” recognition. My attempts to use Adeline’s face to “hack” into NEC’s system were unsuccessful, because NeoFace detects small movements and other quirks that are only present in living, breathing humans. 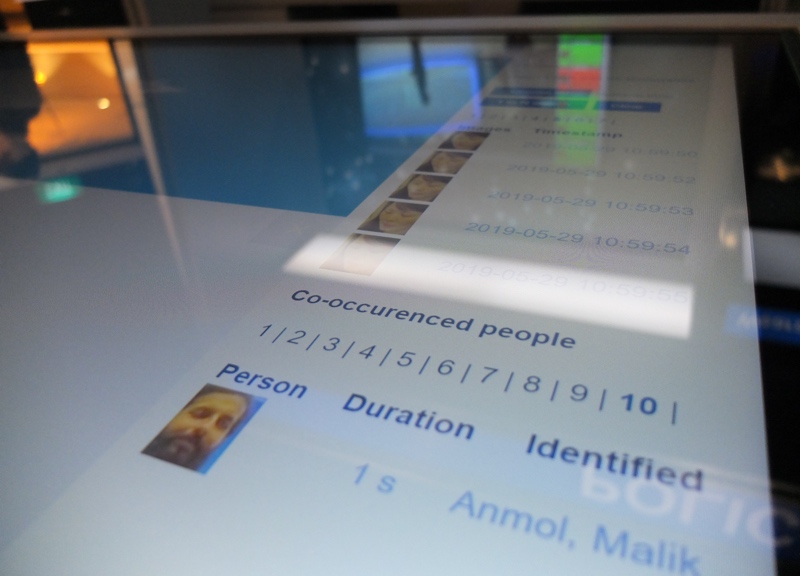 At the end of the day, the goal of facial recognition systems like the one at NEC is to create a seamless, contactless, stress-free experience for a user (or most likely, passenger, given its application to transit situations). On the business side of things, it’s a seamless, contactless godsend in terms of marketing, targeting, and surveillance. The problem with wanting to live in a science fiction movie is that most times, there are dystopian downsides.

This kind of non-consensual data harvesting is wildly illegal under the GDPR in the European Union, especially in Germany; the anonymous programmer posted it on Weibo and received the full wrath of the internet in return. He has since taken down the project, probably because he could be prosecuted in Germany.

There’s also been the disturbing use of facial recognition tech to target Muslim Uighurs in China. Then there’s the cheerfully dystopian news that Huawei has bought over a Russian facial recognition firm. Some companies, like Microsoft, have made efforts to introduce ethical guidelines into facial recognition applications; according to Bloomberg, “research has shown that some of the most popular products make mistakes and perform worse on people with darker skin.” Like anything designed by humans, even systems have biases and flaws. 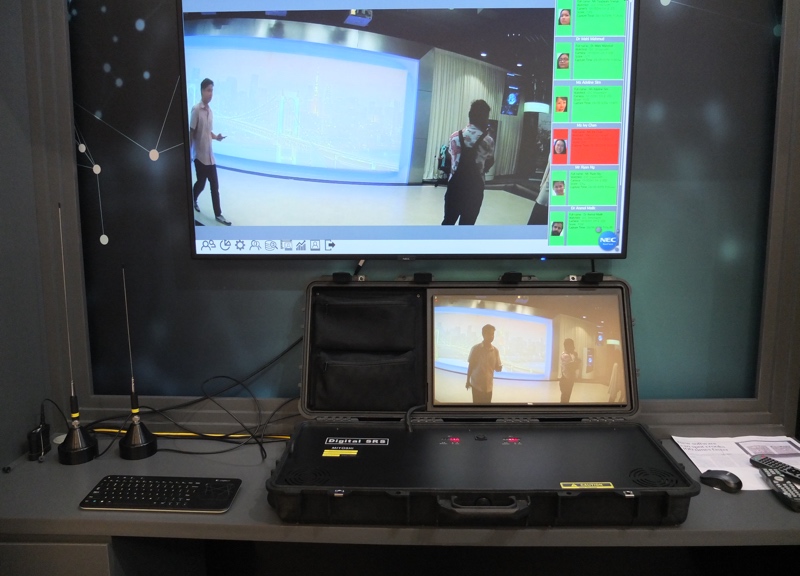 NEC’s facial recognition system might be made with the best intentions, but once sold, could be used for anything. It’s up to manufacturers to figure out how they want their technology to be implemented, as well as how to screen companies that can safeguard and store collected data responsibly.

Right now, using FaceID and even things like this smart gaming monitor seem fairly innocuous, and for the most part — mindlessly easy upgrades for everyday life. Apple HomePod and Google Home speakers can now identify different voices, which makes targeted marketing a walk in the park for companies who study family households. Soon, perhaps our beloved Netflix and HBO will be able to recognise who’s sitting in front of the TV as soon as you sign in. In light of everything that could go wrong (and there are a lot of possibilities), we need to keep a principled approach to facial recognition, as well as thoughtful, ethical regulation.

Update on 6/10/19: The article has been amended to reflect NEC's request to clarify that they use other cloud services besides Amazon Web Services, as well as an expanded statement from Adeline Sim.