If your game of choice is Mobile Legends, good news: Female Esports League (FSL) is hosting FSL Elite this weekend, featuring the region’s cream of the crop.

Teams from the Philippines (Bren Esports Victress), Indonesia (SFI Queen), Myanmar (Venus Vixens) arrived on Thursday to prep for the tournament. Singapore and Malaysia have combined forces to form Team Grumpy, which will make its first outing as a team together. Everyone gathered for a welcome lunch earlier today over a classic Singaporean tradition: Eating chicken rice. 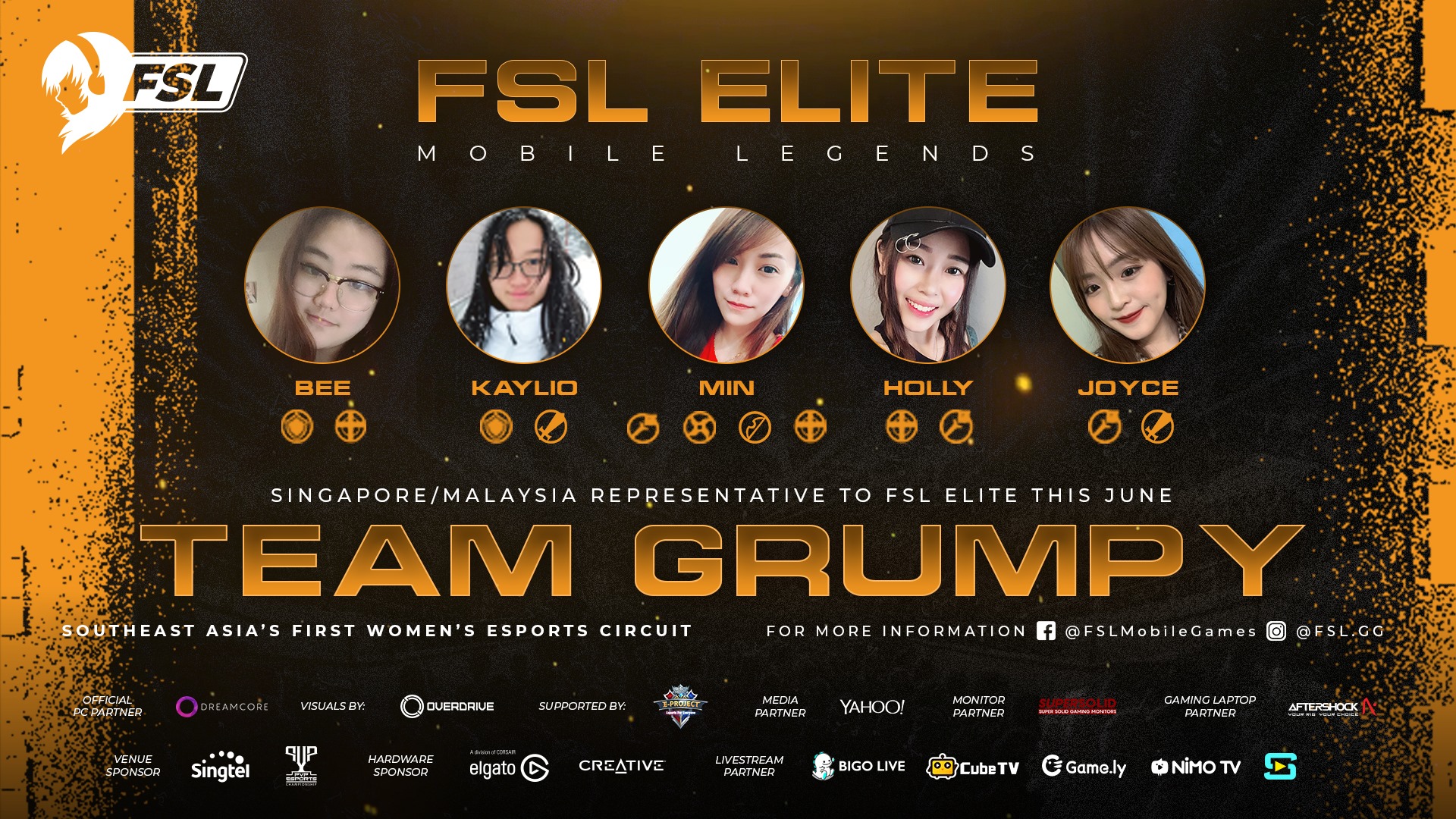 CarameL, team captain of SGI Queen, sums up the general formula for success in team esports: "It’s not easy to reach this far. We fight a lot, arguing [with] each other, but that is what makes us now, a solid team. Not just by practising together and playing together. Not only in game, but understand each other in and out, building our chemistry.”

When it comes to women’s team gaming, FSL founder Tammy Tang remarked that a lot of it boils down to personality. “I guess it’s how willing you are to resolve conflict together,” she told AsiaOne. Kimberlyn See, her ex-teammate and fellow FSL organiser, says that many girls believe that in order to be in a team, “all five people must be best friends.” But working well together as a team, she says, is more about problem-solving, decision-making, and good communication.

In this regard, FSL Elite is an excellent live opportunity for local gamers to check out how a seasoned team works together and communicates in the heat of competition. The event kicks off on Saturday at 11am with the first round between Venus Vixens and SFI Queen. Mobile Legends fans and spectators can come check out the tournament at Singtel Recreation Club @ Comcentre (1 Exeter Rd, #B2-00) from 11am-6am on both weekend days.

Tang formed FSL in 2012, and organises tournaments both regionally and beyond. With over 2 million views across their live stream, FSL covers three games — Mobile Legends, League of Legends, and Dota 2 — in nine countries. Along with See, Tang also heads up Team Asterisk, a women’s competitive gaming organisation based in Singapore.