Rejoice, Final Fantasy VII fans in Singapore! Square Enix has confirmed the release of all physical editions of the Final Fantasy VII Remake, including the Deluxe Edition and 1st Class Edition for PlayStation 4.

Previously, your only chance of getting your hands on either collector's edition was via Square Enix online store.

But you can now pre-order a copy at your nearest video game store as well. 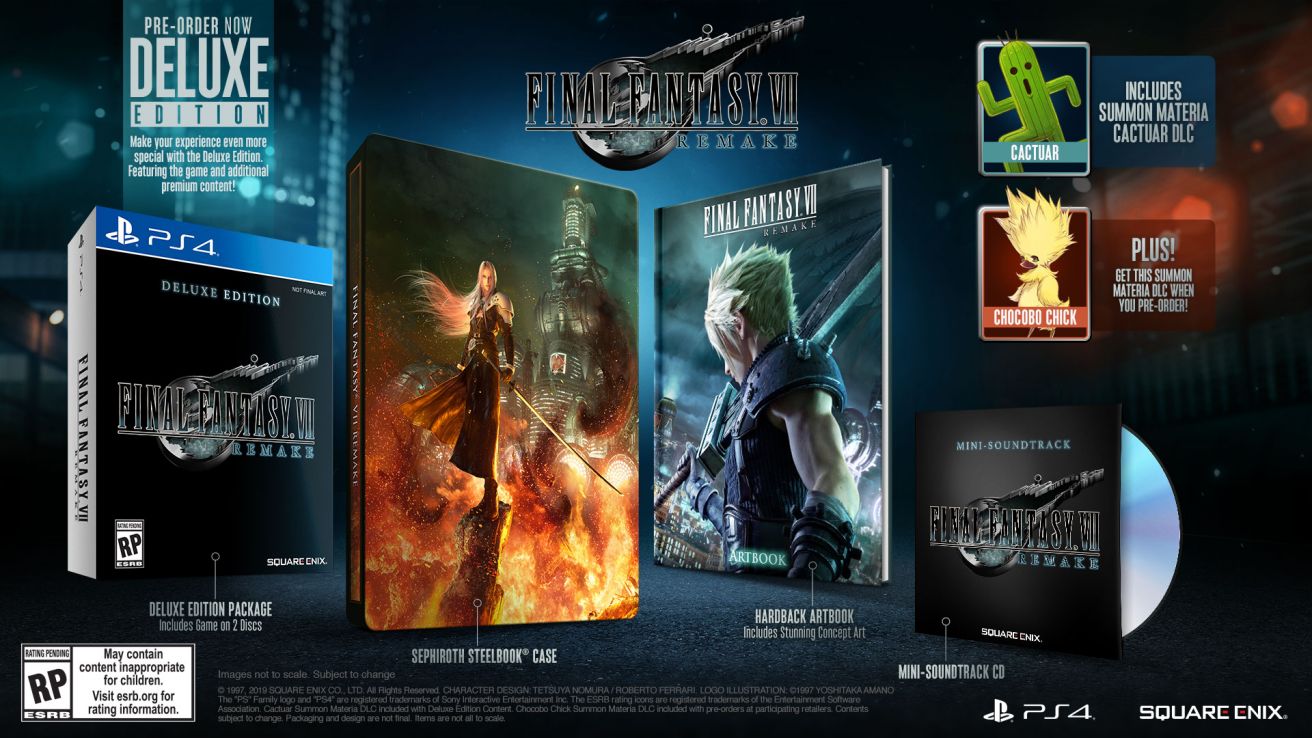 The Deluxe Edition will include the following items: 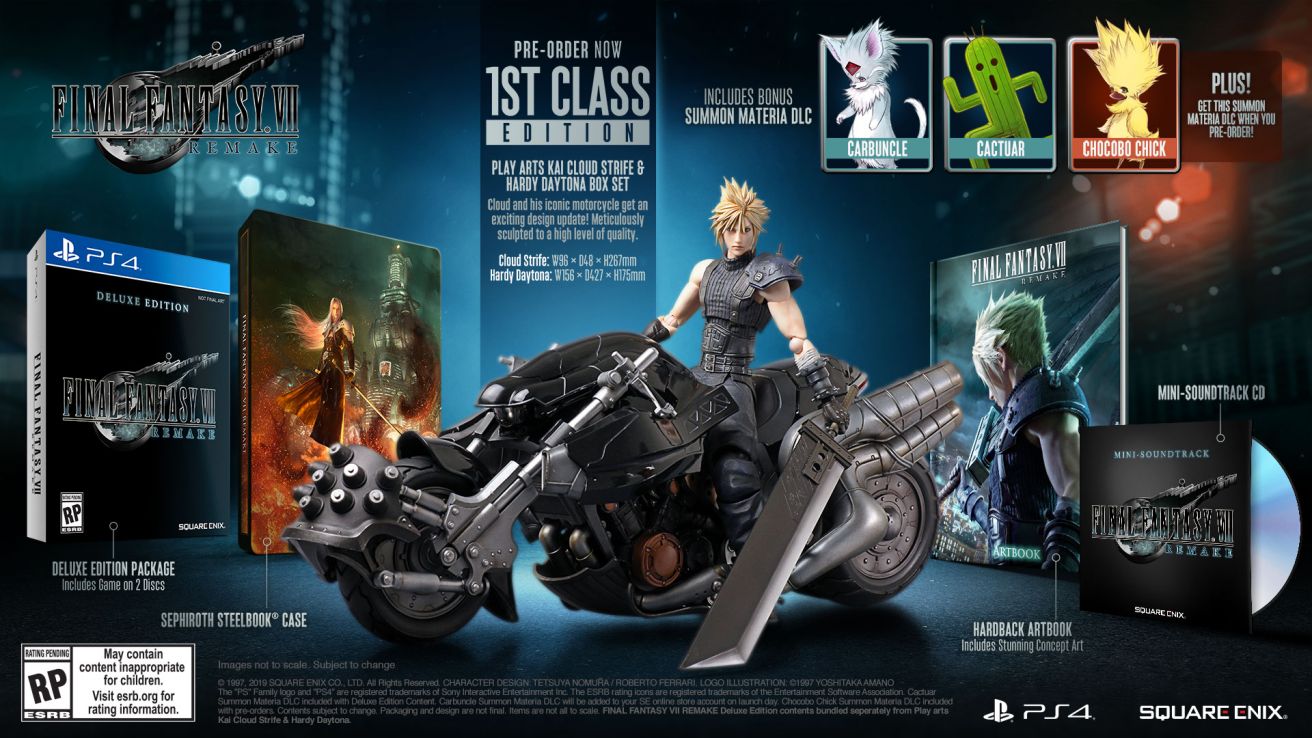 The 1st Class Edition includes all of the above items in the Deluxe Edition but also comes with a Play Arts Kai Cloud Strife and Hardy Daytona box set that is bundled separately. Which, by the way, is HUGE and highly poseable.

The Deluxe Edition will be available for S$109.90 and the 1st Class Edition for an eye-tearing S$479.90. Square Enix also revealed that all pre-orders of any version of the game (including the standard version) will also receive the "Chocobo Chick" Summon Materia DLC at launch.

Additionally, those who pre-order any of the digital edition from the PlayStation Store will also receive a FFVII Remake Dynamic Theme for that console.

Final Fantasy VII Remake will be released on 3 March 2020 on the PlayStation 4.