SINGAPORE - Youths interested in a career in e-sports and those curious about the fast-growing industry will get the chance to hear from the experts in three upcoming workshops at the Singapore Sports Hub.

The workshops are part of a series of six organised by the Singapore Cybersports and Online Gaming Association (Scoga). They take place on June 29, July 6 and July 7.

"Through the workshops, we hope to help youths who want to get into e-sports find out more about what goes on behind the scenes," said Scoga honorary secretary Dennis Ooi.

"Some of them may also be unaware that there are different career paths in e-sports beyond being a player, and the workshops are a chance to get them acquainted with the skills needed." 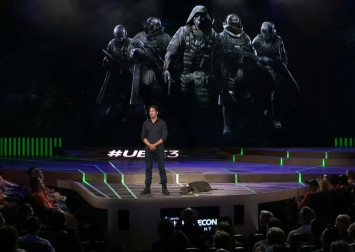 In the first workshop, professional e-sports coach Jensen Goh will share his insights into what it takes to go from being a passionate hobby gamer to an e-sports professional.

Mr Goh began his career in e-sports as a commentator, known as shoutcaster,before turning his focus to coaching e-sports teams for the popular game League of Legends (LoL).

He is currently working with European LoL team Splyce.

Top pros are also increasingly turning to sports science in a bid to gain a competitive edge.

Those interested in finding out how sports science can help improve performances can sign up for the July 6 workshop, which will be helmed by Republic Polytechnic's School of Sports, Health and Leisure lecturer Jimmy Lee.

The final workshop will cover what goes into officiating an e-sports event or tournament, including how to manage the event flow and what skills are needed as tournament marshals.

This session will be conducted by Mr Wayne Lim, the co-founder and operations manager of e-sports events company Zenway Productions.

The first three workshops in the series, which were held at the National Library, had covered shoutcasting, event management as well as broadcast and production.

"Through these efforts, we hope to continue our active engagement with the youth in our community," he added.

The profile of e-sports here has been on the rise in recent months. E-sports is making its SEA Games debut in November, with Singapore's prospective representatives announced last month.

Prime Minister Lee Hsien Loong tried his hand at Dota 2, one of the titles featuring at the SEA Games, when he dropped in on a workshop organised by Scoga last month.

Each of the upcoming workshops has space for 40 participants and costs $5 to sign up.