Google hopes the new Workspace will increase collaboration and communication.

Google today announced a rebranding of their G suite services into Google Workspace.

This will have everything you need to get anything done in one place and includes familiar apps like Gmail, Calendar, Drive, Docs, Sheets, Slides, and Meet.

Thanks to Covid-19, work is transforming in unprecedented ways. It is no longer workers tied to a location as we now work remotely.

Javier Soltero, Vice President and GM, for Google Workspace said that even beyond the Work from Home period, Google expects some workers will continue to work remotely.

However, he added that this has caused a drop in face-to-face interaction resulting in 1 in 3 workers feeling disconnected from company culture and colleagues.

The move to develop Workspace was because Google decided what was needed were flexible solutions that allowed people to work from anywhere, maximise their time, and stay connected.

Launched in 2006, G Suite was Google’s suite of cloud computing, productivity and collaboration tools, software, and products. Most will be familiar with the old productivity offerings like Gmail, Meet, Docs and Google Cloud.

In July, Google launched an integrated experience in Gmail. It brought together the core elements of work like video, chat, email, files, and tasks, and made them work better together.

Today, Google Workspace is bringing this integration further into the app space for collaboration and communication.

Chat, email, voice, video, and content management will be brought into a single, unified experience . New features include:

Google says that this new Workspace brand reflects their vision for a single, helpful, and flexible experience with integration and collaboration at its core.

Security and integration with other apps

To keep communications safe, Google is adding new security features to Chat to help admins stay informed of and manage what’s going on with new audit logs, and identifying potentially malicious behaviours in Chat, and classifying spammy or abusive Chat rooms as such to help ensure that users aren’t added to those rooms. 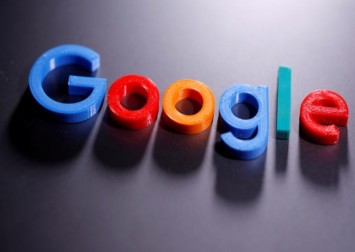 However, if they configure the Single Sign-on (SSO) between Google Workspace and these solutions, Google can protect their credential information (like user ID and password) with their enhanced security features.

Moves by Microsoft in the productivity game

The other popular productivity suite used by many is Microsoft’s Office or Microsoft 365 as it became known this year.

In a move taking it away from its Cloud-based roots, Microsoft announced that in the second half of 2021, they would be releasing a new perpetual version of Office allowing users to pay just once rather than annually.

Like Google, Microsoft recently upgraded functionality in 365 and with its Fluid Framework also allows embedding little pieces of apps into others. Teams has also been upgraded as the company moves in on Zoom’s space.