The worst thing about paying for digital access, is actually getting limited access. Such is the case of content streaming and geofencing, but those with the knowledge know that one of the best ways to access a service not available in your country is through the use of a VPN aka virtual private network.

With it, you will not only be able to protect your online privacy and geographic location, but also gain universal access to the full library of streaming services including Netflix, Hulu, Amazon Prime and Disney+, some which are currently available only in select countries.

But as VPNs go, not all are built equal, and performance and, more importantly, access, vary.

For our Geeks Guide, we will be taking a look at 5 popular VPN services and see how well they fare when it comes to video streaming.

After all, with everyone stuck at home nowadays, one of the best activities to do is binge watch movies and TV series.

Some of the key features we will be looking at include unrestricted access to the streaming content of choice, as some streaming services have been known to put up anti-VPN technology to prevent VPN users from accessing their video library.

There's also the issue of speed, as some VPNs severely hamper access speeds, so users would need to know how fast their connections can be, to ensure that they are able to stream their videos with little to no lag.

If you'd like to learn more about the various features and prices of the VPN, then you can check out our comprehensive guide on the VPNs listed here. Otherwise, here's our guide to accessing US content on Netflix and Disney+ from Asia.

We are sure it will come as no surprise to anyone if we once again say that ExpressVPN is perhaps the best VPN you could subscribe to. When we tested the internet speed of ExpressVPN's Los Angeles server, we got a download speed of 16.2Mbps with a latency of 173ms. 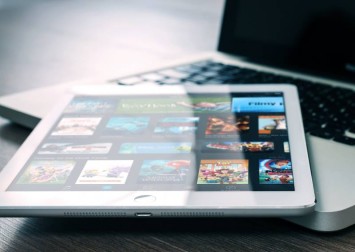 With this fast internet speed, we were more than capable of streaming HD videos on more than one device. This is great news considering ExpressVPN lets you use its service on up to five devices with a single subscription.

ExpressVPN also works extremely well on both Netflix and Disney+.

We were able to access shows exclusively available in select regions such as America right here in Singapore thanks to the VPN service, plus it loaded incredibly fast with little to no buffer. There was barely a few seconds of load time before the movies started playing.

If you want your video to load even faster, you can try out ExpressVPN's split tunnelling feature which lets you route some of your device or app traffic through ExpressVPN's encrypted app tunnel, meaning you will be able to stream movies on Netflix, Disney+, or other streaming services of your fancy without having your other web activities slow it down.

While testing Surfshark on our various streaming platforms of choice, we were pleasantly surprised at how well it fared compared to a number of other VPNs on this list.

With a download speed of 36.7Mbps and latency of 182ms, Surfshark is also capable of allowing you to stream high-quality videos on multiple device, making this a great alternative to those who find ExpressVPN's price tag of US$99.95/year (S$140/year) too high for their taste, as compared to Surfshark's subscriptions which will only run you US$71.88 for a year.

Both Netflix and Disney+ also ran smoothly when we were using the VPN, with once again little to no lag, plus the quality of the videos played were also in HD which we appreciated.

If both Surfshark and ExpressVPN's one-year package is outside of your budget, then you can consider signing up for Private Internet Access, which offers users one year's worth of service for only US$39.95. However, you should first know that you will not be able to access Disney+ on this VPN service.

Read Also
The pros and cons of streaming services 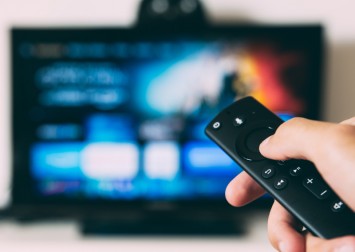 Though it is disappointing, we've found out that Disney has actually blocked any IPs associated with Private Internet Access.

So while you will still be able to watch shows on Netflix and Amazon Prime, Disney+ is one site you will not be given access to.

Speaking of Netflix, videos took significantly longer to load when we were using Private Internet Access as compared to ExpressVPN or Surfshark.

A quick internet speed test told us that the VPN service has a download speed of 8.85Mbps with a rather high latency of 284ms.

Hence, though our videos could still load eventually, the internet speed we got was insufficient to load videos in HD on Netflix, which was quite a bummer.

We also ran an internet speed test which told us that Cyberghost was running on a download speed of 6.55Mbps and a latency of 173ms which is rather slow, meaning it is advisable for you to only stream videos on one device at a time when using the VPN, and if you do choose to stream movies on more than one device, you might run into some slowdowns.

One thing we liked about Cyberghost though, was how they had specific servers labelled to help you pick the one that best suit your needs, such as "Optimised for Netflix" and "Optimised for Disney+".

This makes it easier and faster for you to choose a server to use.

Much like Cyberghost, a quick search on Netflix's search bar told us that Zenmate is also unable to unlock region-specific content on the streaming platform. 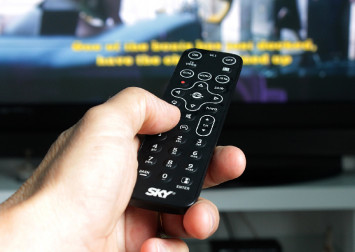 This is despite us using the VPN's Los Angeles server, a location which worked for us when we were using it on ExpressVPN and Surfshark.

Aside from that, we noticed the videos that we could load on Netflix turned out a little pixelated, which could be due to the slow internet speed we got when using Zenmate (a download speed of 3.01Mbps).

That said, we could still access Disney+ and the many shows offered on the platform, but not surprisingly, it takes significantly longer to load shows on Disney+ using Zenmate as compared to the other VPNs higher up on our list.

One thing to note after reading all of this is that though there might be certain VPNs that do not fare as well as others when it comes to streaming videos, that doesn't mean they are not worth subscribing to as they still serve to protect your privacy on the internet.

They each also come with a wide range of features such as a kill switch for when your VPN suddenly goes down one day, or a MultiHop feature that routes all your traffic through several servers to hide your internet trail.