Genshin Impact is coming to the PlayStation 5 with enhanced visuals

Mihoyo’s open-world multiplayer role-playing game Genshin Impact will get a proper PlayStation 5 version this spring, according to Sony.

While the game is still available to play on the console via backward compatibility, the new PS5 version will come with, “enhanced visuals, fast loading, and DualSense controller support.”

Here’s a trailer for the PS5 version:

It doesn’t look like the game is getting a big visual overhaul - but it's still poised to look and feel a lot better on the PS5. Short loading times and ‘enhanced visuals’ are bound to be noticeable during gameplay, for example.

DualSense controller support also means that the game will likely take advantage of haptic feedback and adaptive triggers for more impactful combat. Sony hasn’t given us a firm release date on this PS5 version, only saying that it’s coming soon in the spring. 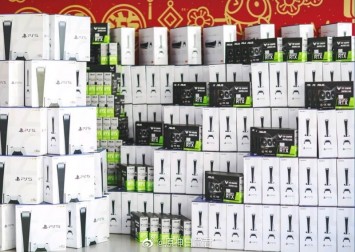 Genshin Impact is currently also playable on Android and iOS mobile devices, PlayStation 4 and PC. Mihoyo announced sometime ago that the game is coming to Nintendo Switch too, but we don’t have a release date for that version either.

This RPG has proven to be pretty popular thanks to its Breath of the Wild-like visuals paired with fun combat and gacha-style gameplay.

The developer is constantly releasing updates that add new events and characters for players to roll for, too.

All that hard work has paid off for Mihoyo big-time, as the game has made more than US$1 billion (S$1.35 billion) in the span of six months. Holy smokes.