When was the last time you actually pored through smartphone app update notes? While the majority of us would simply hit the ‘update’ button and let the phone do its work, a woman noticed that someone in the Gojek app development team had been putting in extra effort into the copy.

Joyce Tay had paid attention to the updates on the Gojek app and took to Facebook to express her surprise over just how amusing they have been. Instead of the usual descriptions about bug fixes and added features, the ride-hailing app offered comical anecdotes, parody songs, fan fiction and even blog posts — basically things that you wouldn’t expect as patch notes.

Still, they’re not entirely absurd. The copywriter behind the updates still manages to weave in pertinent information in each version, including how the developers added things like chat history and data privacy.

”Just legit look at how much effort he/she put in to, rewrite lyrics, write stories, to put a smile on your face,” enthused Tay in her post. “All this for an app update that most people don’t bother to read.”

Weird and wonderful patch notes aren’t a new concept though — developers have been having fun with them for the longest time. It’s more prevalent in the world of video games, where the people behind The Sims and Goat Simulator have been putting out hilarious patch notes for years.

Gojek’s main competitor, Grab, has also been toying with their patch notes - but they’re more into factoids and interesting titbits than Gen Z-style humour. 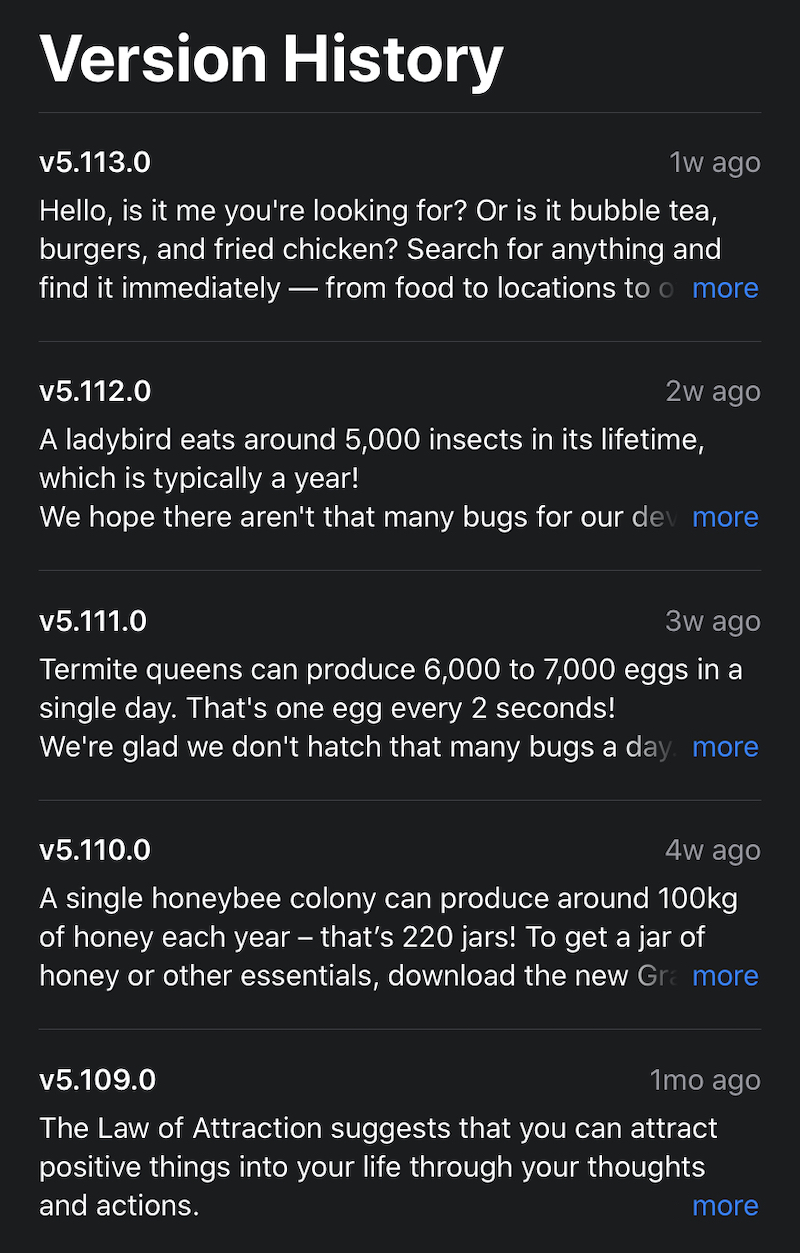