SAN FRANCISCO - Alphabet Inc's Google will unveil the third edition of its Pixel smartphone at 10 media events across the world on Tuesday, a hint that it is prepared to expand geographic distribution of a device it hopes someday is as popular as Apple Inc's iPhone.

Google's free Android software operates most of the world's smartphones. But the company three years ago branched into hardware to have products where, like Apple, it could have full control of the performance of its applications and the revenue they generate.

Though Google has succeeded in selling lower-priced devices such as smart speakers and home routers, the phones have been a tougher sell.

Google shipped 2.53 million Pixel 2 and 2 XL devices through the nine months ended June 30, garnering less than 1 per cent of the global market for smartphones, according to research firm Strategy Analytics. 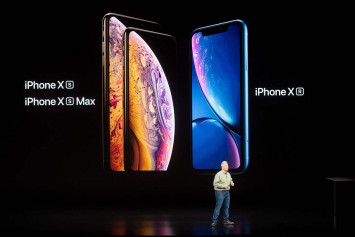 Limited adoption has reflected Google's hesitancy to go as wide and big in distributing and marketing the Pixel as Apple, which launched its last two iPhone line-ups in about 50 countries.

Going from a small experiment to a polished product backed by large sales, support and technical teams has been part of Google's challenge.

Google initially sold the Pixel 2 and its larger-sibling, Pixel 2 XL, in six countries, including the United States, Australia, Germany and India, after an unveiling in San Francisco.

So you think you know… Tune in tomorrow to see for yourself. https://t.co/4zTwRXcn1x #madebygoogle pic.twitter.com/3IO3xaMaP8

This year, Google is hosting events for the Pixel 3 in cities such as New York, London, Paris, Tokyo and Singapore, spokesman Kay Oberbeck said.

Google Assistant, the signature virtual helper feature on the Pixel that was available in six languages a year ago, now supports 16.

Privacy and security features also could be top talking points about the Pixel 3 as Google and other big US tech companies try to bounce back from recent data breach scandals.

A US regulatory filing points to Google's matching on Tuesday rivals Amazon.com Inc and Facebook Inc with a smart speaker that has a display to show visual responses to voice commands.

Amazon shipped 21.5 million smart speakers, including those with displays, in the year ended June 30, compared with 18.3 million for Google, according to research firm Canalys.