Google steps up battle on deepfakes with data release

Google said on Wednesday it was stepping up efforts to battle "deepfakes" by releasing new data to help researchers detect videos manipulated by artificial intelligence.

The tech giant is releasing "a large dataset of visual deepfakes we've produced" that can be used as benchmarks to determine if a video has been altered.

The move comes amid growing concerns that deepfakes may be used to sow discord or disrupt election campaigns.

Some analysts expect realistic deepfakes to be used to disrupt the 2020 US elections. 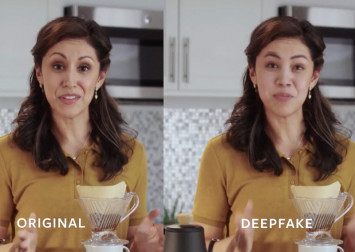 "To make this dataset, over the past year we worked with paid and consenting actors to record hundreds of videos," said a blog from Nick Dufour of Google Research and Andrew Gully of Jigsaw, a separate research unit of Google parent Alphabet.

"Using publicly available deepfake generation methods, we then created thousands of deepfakes from these videos. The resulting videos, real and fake, comprise our contribution, which we created to directly support deepfake detection efforts."

Google earlier this year released synthetic audio data for the same effort and has been working with industry partners to detect and thwart deepfakes.

"Detecting deepfakes is one of the most important challenges ahead of us," Google chief executive Sundar Pichai said in a tweet.

Jigsaw research director Yasmin Green said the release represents "the largest and most diverse public dataset" of deepfakes for researchers.