The initiative is aimed to help hawkers like Juliana (centred) be discoverable on Google Maps and Search.

As Singaporeans, we’ve spent our whole lives looking for and committing to memory the best makan places to hit at hawker centres.

As the biggest search engine in the world, Google has and still is dedicating its entire existence to organising the world’s information. Our foodie culture and the company’s omnipotent technology will soon combine in a new project that seeks to chronicle the country’s beloved hawker centres and the vendors behind the food.

Beyond navigation, detailed and reliable mapping info is helpful. The technological guidance hits another level when a very integral element of Singapore’s culture gets captured in a deeper, immersive manner by way of Google Maps — in particular, the Street View feature. In an initiative led by Google (with the backing of the Singapore government), the company will be collecting indoor imagery of all 114 hawker centres across the country.

What this means is that every single stall located within each hawker centre will be documented on Google Maps. Archived information including stall names, stall numbers and publicly shared photos of the stall and its offerings will be available online, easily accessed through Google search. Don’t expect detailed menus of each hawker though. I mean sure, Google’s powerful, but not that powerful. 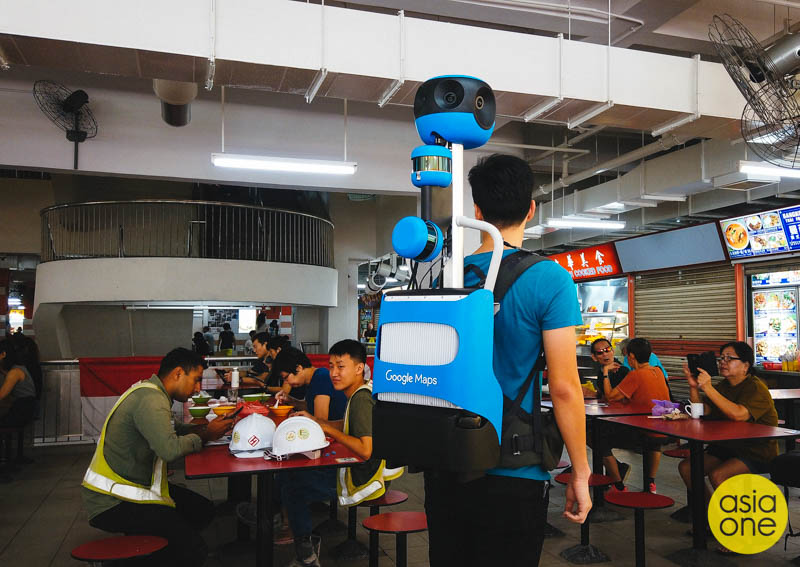 Each stall will even receive unique pins on Google Maps that’ll show its exact location within the hawker centre, making it easier for tourists to look for one of those “chicken rice platters” they’ve been hearing so much about.

Ambitious? Absolutely. Doing so will be no mean feat, and Google can’t just throw web scraping at this one to get things done. Instead, the company’s deploying personnel who’ll be strapping a state-of-the-art 360° camera system on their backs and walking around in hawker centres. Called “Street View Trekkers”, it’s a much lighter model than its previous 18-kg iteration and does a better job at mapping everything that Google Street View cars can’t. 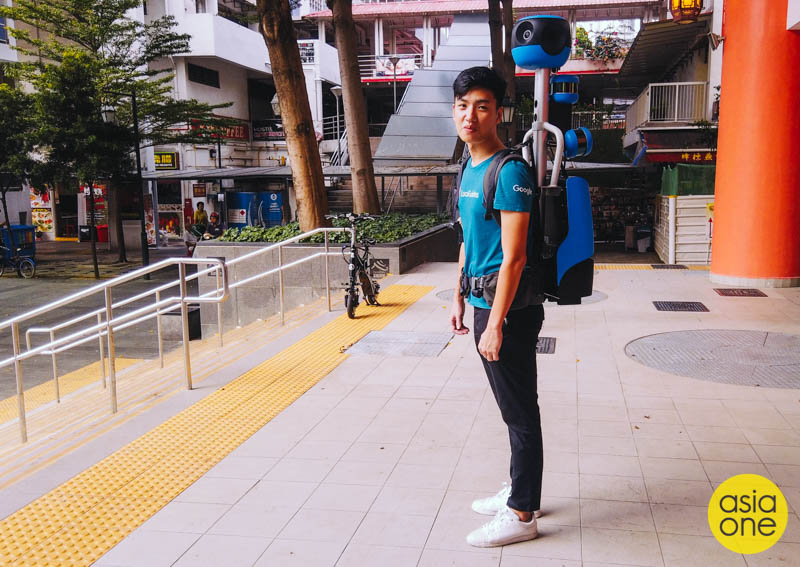 Some technical details for geeks. The new system is equipped with new cameras with higher resolution, greater tone, colour contrast, and light sensitivity. Additional cameras were added to capture street names, businesses and addresses to be processed by Google’s proprietary Deep Neural Network Machine Learning. Of course, the backpack also has a big hard drive for data storage, as well as batteries to power it through an entire day.

Still, I imagine it's a slog to carry an expensive, heavy gizmo on your back. Google expects the imagery to be completed, launched, and publicly accessible on Maps by early 2020. 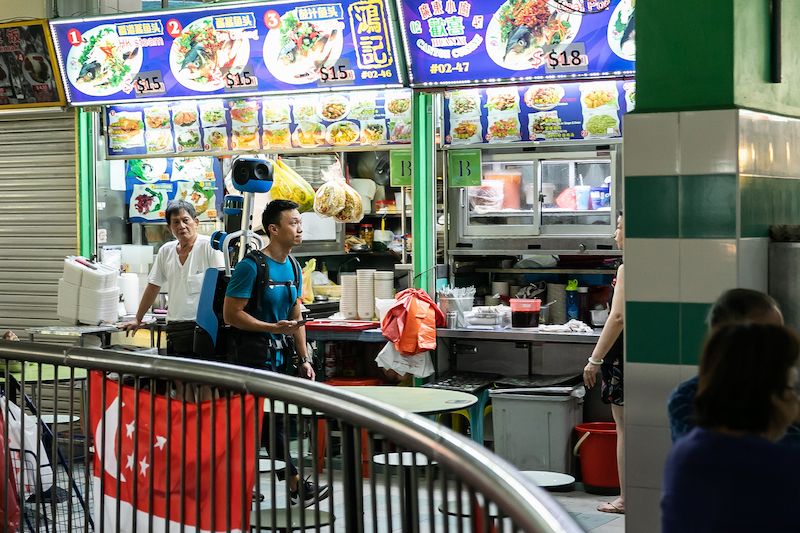 Operators will be carrying the Google Street View Trekker to 114 hawker centres in Singapore. Photo: Google

Have halal, will map

But will the project be beneficial to the actual hawkers themselves? After all, hawker centre regulars would already know how to scan through the stalls and find something good to eat.

“Not many people know of our existence here. People may think that in Chinatown (Complex Food Centre), there aren’t any Malay or Muslim stalls,” the 44-year-old told AsiaOne. 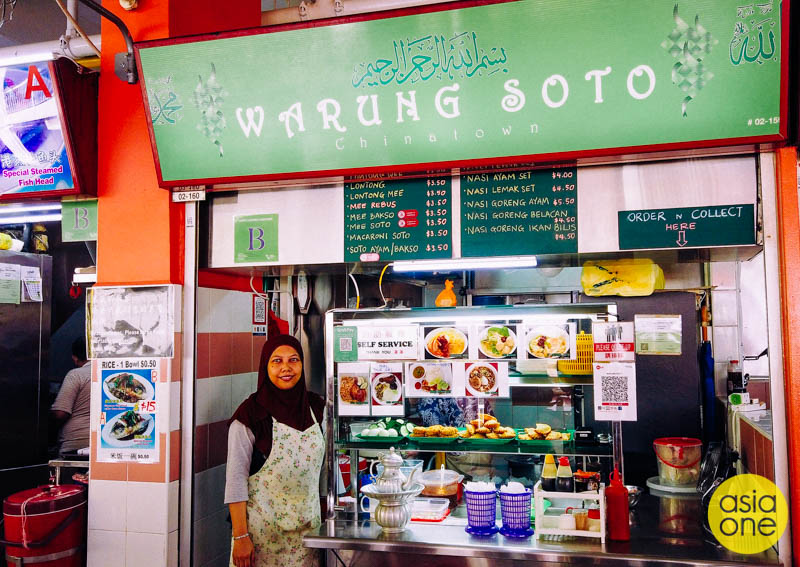 “We do have many Indonesian and Malaysian tourists coming over, but they don’t know that we’re here,” she said, adding that even regular hawker centre patrons may not be aware of her stall, which has been around since 1984.

She added that Google’s Street View data-mapping could be of better help than mere listings of a stall’s unit number — pictures and navigational directions are way handier when it comes to discovering a food stall.

Juliana’s comments do bring up a good point that merits manual foot-powered mapping. Dietary restrictions could be an inhibitor in a person's decision to personally patronise hawker centres; rarely can you find vegan stalls, for example. Once the visualisations are up and running, one could easily look through the available options at a hawker centre, pinpoint a selected stall, and make one’s way directly to the spot. It could take the fun of food-prowling away, but it’s probably more efficient. 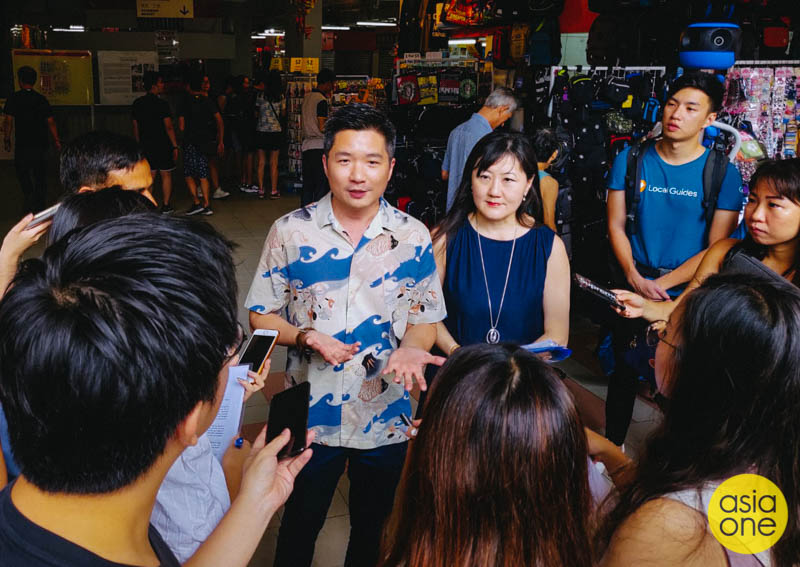 The timing of the project and Singapore’s bid to nominate hawker culture for UNESCO recognition isn’t a coincidence, of course. The National Heritage Board (NHB) and the National Environment Agency (NEA) have thrown their support into the initiative under the common goal to “safeguard our hawker culture for future generations”.

“Through this public-private partnership, we hope to create a comprehensive databank of all the hawker centres in Singapore so that we can better document and safeguard these hawker centres, and to make this databank searchable so that local and international fans of our Hawker Culture can find out more about each hawker centre and their offerings before making a trip down to patronise their favourite hawker stalls,” mentioned Alvin Tan, NHB’s Deputy Chief Executive (Policy & Community).

Google’s digitisation of hawker stall bearings is slated to arrive next year.