NEW YORK - Alphabet-owned Google will buy fitness tracker pioneer Fitbit for US$2.1 billion (S$2.8 billion), as the search giant looks to take on Apple and Samsung in the fast-growing market for wearable devices.

Google said on Friday (Nov 1) that it sees an opportunity to introduce “Made by Google” wearable devices into the market and invest more in wearable technology.

It had announced a deal to buy Fossil Group’s intellectual property related to smartwatch technology earlier this year.

Fitbit’s share of the fitness tracking market has been threatened by deeper-pocket companies such as Apple and Samsung Electronics, as well as cheaper offerings from China’s Huawei Technologies and Xiaomi.

“We believe Google is a natural fit. The deep health and fitness data, coupled with the 28 million active users on the Fitbit platform, offer a tremendous value,” Craig Hallum analysts wrote in a note. 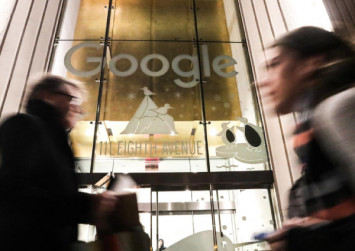 Xiaomi dominates the global wearables market, with a 17.3 per cent market share in the second quarter of 2019, followed by Apple.

Fitbit owns 10 per cent of the market, data from International Data Corp showed.

Fitbit has been offered US$7.35 per share in cash, the company said, a premium of about 19 per cent to the stock’s closing price on Thursday. The company’s shares were trading at US$7.15.

The company’s shares have gained more than 40 per cent since Reuters reported on Monday that Google had made an offer for the maker of the popular colourful fitness trackers.

Fitbit also said health and wellness data of its users would not be used for Google ads. Google said it would give Fitbit users the choice to review, move or delete their data.

Google, which has defended its privacy practices after a number of regulatory probes, said it would be transparent about the data it collects for its wearables.

Qatalyst Partners was financial adviser to Fitbit on the deal, which is expected to close in 2020. Fenwick & West was the legal adviser.