Last year, leaked documents obtained by The Intercept revealed that Google had been planning to launch a censored version of its search engine in China.

With the codename Dragonfly, the controversial service would have linked users’ mobile-phone numbers to the search terms they’ve used, while search results containing anything deemed politically sensitive by China’s ruling Communist Party would be blocked. Meaning that anyone using the app — designed for Android devices — will not see information about political dissidents, free speech, human rights and democracy.

The cancellation of the controversial search engine should come as no surprise, considering increasing scrutiny by the US government over the relationship between the tech giant and China. On Tuesday, Bhatia appeared in a Senate hearing, where a senator asked him directly about the status of Project Dragonfly.

“Yes, we have terminated that,” he replied, adding that Google has “no current plans” to go into China. 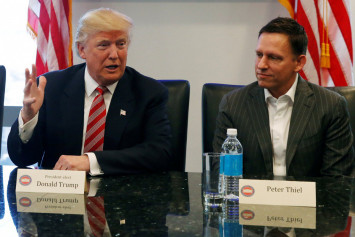 If Dragonfly did go live, Google’s reputation would have taken a severe hit. Human rights groups have slammed the project and the company for potentially being complicit in human rights violations. According to The Intercept, user data stored by Google in China could have been accessible to Chinese authorities — any user who searched for prohibited information could have been at risk of interrogation or detention.

It would also mark Google’s definitive confirmation of Dragonfly’s demise. Google CEO Sundar Pichai maintained last December during a congressional hearing that the company had no plans to launch a search service in China — something he repeated in an interview with CNN last month.

Pichai had also noted that Google “wouldn’t shut the door on the efforts completely”. Now, however, the worries of Project Dragonfly appear to have been put to rest.

Google’s Bhatia, questioned by Sen. Hawley, says, “We have terminated Project Dragonfly.” Then back to the party line: Google has “no current plans” to go to China. Sounded to me like there is definitively no future for Project Dragonfly, but that would be news to me?

Google actually had a proper presence in China in 2006, but even then, Google.cn was self-censored. Like Dragonfly, it would not show content blacklisted by the Chinese government. Unlike Dragonfly, Google.cn would notify users when the results they’re seeking had been removed. Four years later, Google withdrew many of its services from the country after discovering that Gmail accounts belonging to a number of Chinese human rights activists had been hacked during a massive cyberattack from within China.

In recent years, however, Google wanted back in — access to China’s enormous market of internet users proved too big to ignore. China is home to the biggest online community in the world after all, with 802 million internet users.

Dragonfly would have been Google’s way in, even though it would have meant getting its hands dirty. But that’s the reality if internet companies want to operate abroad. Business is welcome, as long as they abide by local laws — regardless if they disagree with the laws or not.