Grindr is deleting its 'ethnicity filter'. But racism is still rife in online dating

Dating and hook-up service Grindr has announced its intention to remove the “ethnicity filter” from its popular app.

The controversial function allowed paying users to filter out prospective partners based on ethnicity labels such as “Asian”, “Black” and “Latino”.

Long criticised as racist, the filter also helped to create a culture where users were emboldened to express their racism.

Alongside other dating apps, Grindr has a reputation for sexual racism – the exclusion of potential partners based on race.

In 2017 Grindr tried to amend this perception with the “Kindr Grindr” initiative. This move banned the use of exclusionary language such as “No Asians” and “No Blacks” in user bios, and attempted to explain to users why these statements are harmful and unacceptable.

However, the “ethnicity filter” remained until last week, when Grindr announced it would be removed as a show of support for the Black Lives Matter movement.

Grindr’s actions were catalysed by recent protests in the United States, but sexual racism is also a serious issue in Australia.

One of us (Gene Lim) is researching how sexual racism impacts gay and bisexual Asian men in Australia.

Grindr was repeatedly singled out by research participants as a site where they regularly experienced sexual racism – both in user bios, and interactions with others.

Apps like Grindr are also where many Asian men first encounter such instances of discrimination.

"So many profiles had “not into Asians”, “not into this [or that]” … I was just so confused as to why that was. I was skinny, young, cute, and I thought that would be enough …" – Rob, 27, Cambodian 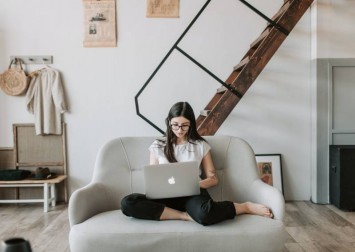 For many people of colour, this sends a message that their skin colour makes them unlovable and unwanted - something that has a negative impact on self-image and self-worth.

One participant summarised how he was affected by these messages.

"I feel like the bad fruit that nobody wants." – Ted, 32, Vietnamese

"It scars you in a way that it affects you in [situations] beyond the Gay community … it affects your whole life." – Wayne, 25, Malaysian

These exclusionary practices are especially jarring in LGBTQ communities which often style themselves as “found families”.

Still, the experiences above represent only one dimension of how sexual racism affects the lives of people of colour.

One of us (Bronwyn Carlson) has studied sexual racism experienced by Indigenous Australians on apps including Tinder and Grindr.

She found that for many Indigenous users the vitriol often only comes when they disclose their Indigenous heritage, as their appearance is not always an initial basis for exclusion.

An interaction might progress with chatting, flirting, and often an intention to “hook up”, but once an Indigenous user reveals their ethnicity the abuse flows. For Indigenous people, “sexual racism” is often indistinguishable from general racism.

The threat of these experiences always lurks in the background for Indigenous people navigating social media and dating apps.

They reveal a deep-seated hatred of Aboriginal people that has little to do with physical characteristics, and much more to do with racist ideologies.

For gay Indigenous men, the potential for love, intimacy and pleasure on Grindr is always counterbalanced against the potential violence of racism.

People who use dating apps develop their own ways of managing risk and safety, but platforms should also have a duty of care to users. 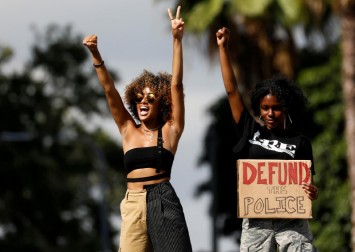 Digital spaces and apps like Grindr are important sites of connection, community, and friendship for LGBTIQ+ people, but they are also channels for hatred and bigotry.

Removing the ethnicity filter on Grindr is not a silver bullet that will end racism on the app – here in Australia or anywhere else. It’s a symbolic move, but a step in the right direction.

Getting rid of this feature signals to users that filtering partners based on ethnicity is not “just a preference”, but a form of marginalisation and exclusion.

As research has shown, sexual racism is clearly linked to more general racist attitudes and beliefs.

Though Grindr’s action is late and tokenistic, it’s still a good move.

But if Grindr and other online dating platforms want to become spaces where people of colour can express themselves and seek out intimacy and companionship, they must put anti-racism at the core of their policies and content moderation practices.