It’s just good to have you back, Chief.

Developer 343 Industries’ tenure over the Halo franchise has been something of a mixed bag so far, largely due to the convoluted storytelling fans were treated to in Halo 4 and Halo 5.

Halo Infinite is the studio’s third mainline game and while it somewhat continues that pattern, it also feels like a breath of fresh air where it counts. Master Chief’s latest adventure is a stripped-down, back-to-basics story of a weary soldier stranded on yet another Ring full of creatures trying to tear him to pieces.

Halo Infinite kicks off in the most incomprehensible way possible, even to avid fans of the franchise. Master Chief is smack-dab in the middle of fighting a war against the Banished, a faction of alien warriors who have already managed to wipe out most of his compatriots.

After being left for dead in the cold emptiness of space for months on end, he gets picked up by a pilot code-named Echo 216, and together they investigate a Ring called Zeta Halo. If you think this sounds like a whole lot of story spoiled in one paragraph, you should know that all of it unfolds within just the first hour of gameplay.

Read Also
Halo Infinite: A return to form well worth the wait 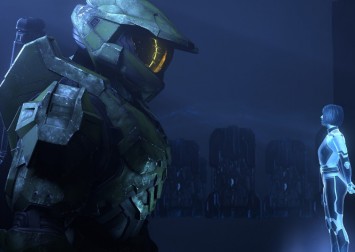 If you’ve played Halo 4 and Halo 5, you might be confused. Where’s Cortana? Where’s Blue Team? Where’s Halsey? Where are the familiar faces from past games we’ve grown to know and love?

While you might pick up audio collectibles later on that hint at these characters’ fates, Halo Infinite is otherwise trying its best to wipe the slate clean completely. It offers a platform for players new and old to jump onto the franchise, without being burdened by the last decade of stories and characters most fans never liked anyway.

Of course, Halo is still the story of Master Chief and Cortana — and the latter AI is represented by a new character named The Weapon, Master Chief’s new blue companion bearing a striking resemblance to his old friend-turned-villain.

While the story eventually delves into all the ramifications of the last few games’ events, the first half really just deals with Zeta Halo and its secrets — including the ones the Banished seek to unearth. It also explores Master Chief’s somewhat tense relationship with his new AI companion, who so happens to share a face with a homicidal rogue AI threatening to wipe out humanity for good.

The Weapon is friendly if naive, and only wants to help Master Chief on his mission — but the soldier can only see her as a symbol of his ultimate failure.

That makes for a compelling dynamic between the two, even with all the Cortana fatigue you might have going into this story. Steve Downes and Jen Taylor are outstanding here, introducing new layers to characters they have played since the very first Halo. Master Chief is a character who says a lot in very few words, and Downes nails the delivery of each and every line spoken across his new mission.

Haven't I been here before?

While Halo Infinite’s story campaign is certainly 343 Industries’ best so far, if only due to a more focused approach with likable characters, it falls short in enough key ways that I hesitate to call it truly great.

Without spoiling anything, the overall story seems to serve as a way for 343 Industries to tie up all its loose ends while setting up the next big Halo arc at the same time — only the next big Halo arc seems like a contrived rehash of the first few games. We leave Master Chief in a new version of an old story, which isn’t as exciting a conclusion as 343 might think.

The big issue with this campaign however, lies in its ludicrous amount of repetitive environments. 343’s decision to turn the Zeta Halo into one big open world environment clearly came at a cost, and I’m not sure it was worth it.

Read Also
Games in January: A new way to catch ‘em all, fight aliens, and nonograms 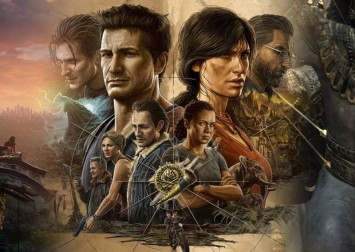 Too many of this game’s main missions put you through the same underground Forerunner levels, to the point that it can feel like you’ve been going through one long dungeon for hours on end, with the rooms and enemies simply swapped around. The game also lacks big, epic gameplay sequences that previous entries in the franchise had due to its wider, and somehow also smaller, scope.

On their own, these environments are actually beautiful. They elicit a sense of awe like all good sci-fi visuals do, from the alien architecture of Zeta Halo’s towers to the mechanical underground areas that shine with polished metal and pulse with blue energy.

Give it a few hours however, and you’ll start to realise that this pretty much covers every place Master Chief explores throughout the entire game, and I’m speaking beyond reused assets. Entire levels are often copy-pasted wholesale into various missions throughout the game, and it doesn’t help that quite a few missions already consist of repetitive ‘Destroy this X amount of times’ objectives. Are you fighting the Banished or trapped in a time loop? Who can say.

This problem goes beyond the main missions and into the open world as well. Zeta Halo acts as a massively expanded version of Halo: Combat Evolved’s Silent Cartographer mission, and while it is beautiful to look at, it isn’t very interesting to explore. The entire open world area looks the same from every angle, without being split up into multiple biomes or unique points of interest. Just mountains and green fields, as far as the eye can see.

Okay, but what about the good parts?

At this point, it might sound like I hated Halo Infinite — but that couldn’t be further from the truth. This is one of the best first-person shooters I have played in a long time, due to 343’s excellent work in fine tuning modern Halo combat.

Master Chief has a host of equipment to use as he bounces from one enemy to the next — such as Thrusters which allow him to quickly dodge attacks or Threat Sensors that ping enemies. The immediate standout is the Grappleshot ability, which turns you into Spider-Man as you swing from tree to tree in Zeta Halo, or the Doomguy as you pull yourself closer to enemies for a finishing blow. It’s such an incredibly fun addition to this series, opening up all sorts of opportunities in combat while doubling as a speedy mode of traversal.

Zeta Halo might not have much to offer in terms of diversity, but it’s still a lot of fun to go off the beaten path in between missions to pursue side activities. FOBs (Forward Operating Bases) have you defeat a camp of enemies to create a fast travel point Far Cry-style, and Riven Gates act as a challenging gauntlet of enemies for Master Chief to take on — should he dare.

There are also propaganda towers to destroy around the map, spewing pro-Banished nonsense and hurling amusing insults at the Master Chief in equal measure. I usually let them play out, because the writing for these Grunts are just absolutely fantastic.

Every line these dumb little aliens spew out before you shove them off Zeta Halo for good is incredible. They’ll scream, “There is no way that I’m heavier than you!” when you grapple towards them or, “Sucks that your blue lady blew up!” Let’s be honest, that last one probably made Master Chief want to lie down for a bit.

Halo Infinite’s gunplay is fantastic as well, offering a wide arsenal of weaponry for Master Chief to kill these poor Grunts with. Despite this, don’t expect to just sail through the campaign on the wings of your Grappleshot alone — the game’s bosses and later levels do not hold their punches, constantly keeping you on your toes with difficult fights and intelligent enemies.

This actually helps with all the repetition in the game, because it’s just fun to shoot things no matter where the game takes you. I cannot say the same for the vehicles in this game, as they all handle like poorly made origami contraptions skidding across ice. It is actually mind-boggling that they shipped in this state.

Halo Infinite Multiplayer has been out for awhile now, so I won’t dwell too much on it other than to say that it’s a ton of fun. Everything that makes combat in the story campaign great — gunplay and equipment — translates beautifully to chaotic multiplayer shootouts where matches unfold at a blistering pace. 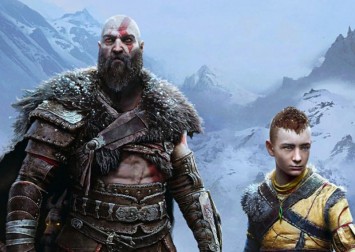 The game’s multiplayer launched without beloved franchise game modes and fans have rightfully lambasted 343 for it, but seeing the developer address the player base so quickly by adding these modes back in lends some confidence in their future support of the game.

Not everything about Halo Infinite Multiplayer is perfect, obviously. Modes like Oddball, which forces you to hang onto a ball for as long as possible without dying, are just no fun compared to Slayer and Capture the Flag.The awful, awful battle pass hanging over this free-to-play game feels like a microcosm of everything people hate about free-to-play games to begin with: Endless grinding you can pay to skip, every time.

Instead of taking the right lessons from fun and seamless Battle Pass systems like the one Fortnite has, Halo Infinite goes in the total opposite direction and drip feeds XP points to players by making them defeat opponents using weapons they don’t like, or play a certain game mode X amount of times. I’ve played this game for such a long time, and I’ve honestly given up on earning all the cosmetics I’d like from this awful system.

Fortunately, multiplayer is still plenty of fun to play for the sake of having fun alone.

Halo Infinite represents a franchise reset, bringing Master Chief back to basics on a new Halo ring brimming with new threats. Master Chief’s characterisation and the game’s stellar combat make this story campaign an addictive experience, but you’ll have to overlook its repetitive level design, boring big bad and unsatisfying conclusion at the same time.

Halo Infinite Multiplayer is a consistently fun time, but you will have to similarly overlook its inexcusably grindy and outdated battle pass system too.

Despite all its faults however, Halo Infinite is still worth a playthrough for newcomers and fans of the series alike. Master Chief’s latest adventure comes unburdened from the messy history of this franchise and as a result, feels like a refreshingly grounded journey propped up by fantastic gameplay and beautiful scenery. Shame about all those Banished mucking about the place, but that’s what you’re here for, after all. Go get 'em, Chief.