Henry Cavill and Warhammer are two names that are very much synonymous these days.

After all, the man who played Butcher of Blaviken and the Man of Steel has made known his longtime hobby of painting miniatures in recent weeks.

But wait — it gets much better.

Imagine getting to play as one of the biggest geeks in modern entertainment in a video game.

As it turns out, you can do so in Total War: Warhammer 2, as one of the new playable characters from the upcoming DLC, The Warden and the Paunch, is inspired by the English actor himself. Well, in a way, at least.

PCGamesN reported that starting a new campaign in the DLC as Eltharion the Grim will eventually let the player encounter an ally curiously named Cavill, Loremaster of Hoeth.

The similarities go beyond just the name, however, as this character curiously possesses the “White Wolf” passive bonus, which grants a +15 bonus when fighting against large creatures.

Hovering the mouse over the passive ability also reveals a bit of flavour text, which says “Wind’s howling”.

Clearly these are tasteful nods to Cavill’s role in Netflix’s The Witcher, as well as his love for the game itself. 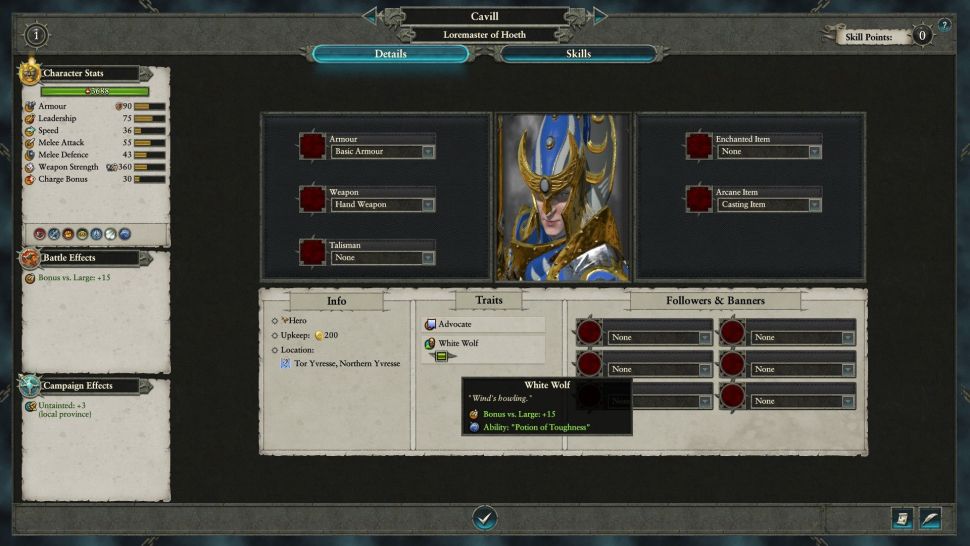 The devs at Creative Assembly made no secret of this inclusion too, as they have noticed Cavill, who himself is a longtime fan of Total War: Warhammer, and his exploits in the gaming and tabletop scenes.

Game director Ricahrd Aldridge said he and his team “thought it would be fun to somehow inject [Henry Cavill] into the game”.

Now if only we could see Henry Cavill playing himself in Total War: Warhammer 2. Only a matter of time, we imagine.

Marion has a serious RPG addiction. Sometimes it bleeds into real life; he forgets to sleep because he thinks he has a Witcher’s body clock.

Forgive him in advance if he suddenly blurts out terms such as “Mind Flayer” and “Magic Missile”, because never once does he stop thinking about his next Dungeons & Dragons game.