Shooting photos with film is cool and all (if you actually know what you’re doing), but the march of modern technology sometimes tramples over vintage methods underneath digital boots.

Freestyle Photo Supplies, an analogue photography store in Los Angeles, posted on Instagram about how he avoided wiping out his entire film stock by refusing to undergo checks via the new baggage scanners installed at LAX Airport.

These newfangled hi-tech scanners can also be found at Changi Airport, mind you.

According to the merchant, the new scanners are able to destroy unprocessed film after just one scan — “equivalent to putting your film through the old scanners about a thousand times”, the post read.

Traveling to #PhotoPlusExpo w/ #film? Watch out for these NEW machines at the airports. It's a CAT Scan and will absolutely destroy any film in a second. The equivalent of putting your film through the old scanners about a thousand times. Lead bags won't save you. The nice #TSA agents at #LAX had no problem with a handcheck and seemed to be informed that this is no joke.

Fortunately, airport security officers were fine with manually checking the bag. The futuristic CT (computational tomography) scanners are said to offer a closer look at what’s inside luggage by producing cross-sectional 3D images, enabling officers to zoom in and properly inspect the scans. It allows for faster inspections too because passengers don’t have to fumble and dig out their laptops and electronics from bags.

Though it seems that electronics will be safe when left inside the luggage, unprocessed film rolls would likely be decimated from the blasts of the scanner’s rays. Kosmo Foto noted that Kodak has put out an advisory of how airport baggage scanning equipment can “jeopardise” unprocessed film, advising film photographers to request hand inspections instead. Multiple exposures to x-ray scans could, after all, potentially fog up the films and ruin photos. 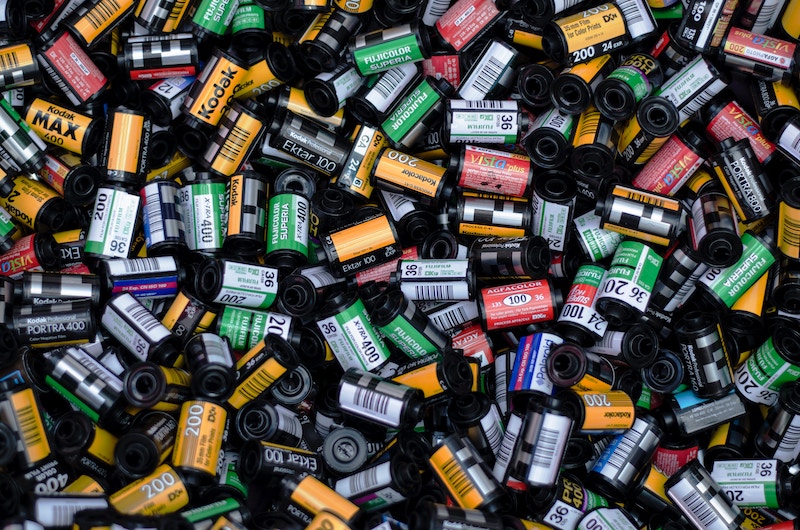 Photographers travelling in and out of Singapore with stocks of unprocessed film rolls should be aware then that these high-powered CT baggage scanners can be found at Changi Airport’s Terminal 4. 10 of them, in fact.

But even if it slips your mind, there are advisories at Terminal 4 highlighting that the CT scanners "aren't suitable for film," noted a Changi Airport spokesperson when contacted by AsiaOne.

"Our security personnel are also trained to facilitate manual checks if necessary," assured the representative.

For older models of baggage scanners, letting film rolls pass through them is probably fine (as long as the rolls are under ISO 800), but it’s always better to be safe. Or, you know, just use digital cameras and slap a couple of VSCO filters on your photos so they’ll still look perfectly vintage.