How will Google and Apple's contact tracing project affect Singaporeans?

Aside from social distancing, flattening the curve, and uh… covidiot, another term that entered the coronavirus lexicon is something called contact tracing.

It’s a simple and logical system that existed even before Covid-19 reared its deadly head. The process is designed to halt the chain of transmission of any infectious pathogen, a tool being employed en masse during the ongoing global pandemic.

How it works is by identifying who’s been in contact with newly identified people infected with the disease. By thoroughly tracing back a list of people who’ve been in the vicinity of the infected, the authorities can get them to self-isolate and prevent any risks of further transmission.

It’s especially crucial when you realise the nature of the coronavirus. Studies have shown that it’s entirely possible that coronavirus carriers may not actually show any visible symptoms like fevers, aches, or colds. So even if you don’t actually look or feel sick, you could be unknowingly spreading the virus to other people — which is particularly dangerous when the virus latches on to those with weaker immune systems like the elderly. Thus the whole reason why everyone has to stay at home as much as possible.

But there are limits to standard contact tracing, which consists of the infected recalling by memory who they’ve been in contact with during the previous few weeks. Even if they did manage to get the list of names together, there’s always the chance the potential carriers are uncontactable and health authorities have no way of alerting them.

Two of the world’s biggest tech companies, Google and Apple, made the rare decision to actually work together for the common good. On April 10, the rival companies committed to creating contact tracing tech that should make it easier to slow down the spread of Covid-19.

How so? Here are some of the biggest questions you might have about the tech-driven initiative and how it’ll affect Singaporeans.

What exactly is Google and Apple building? 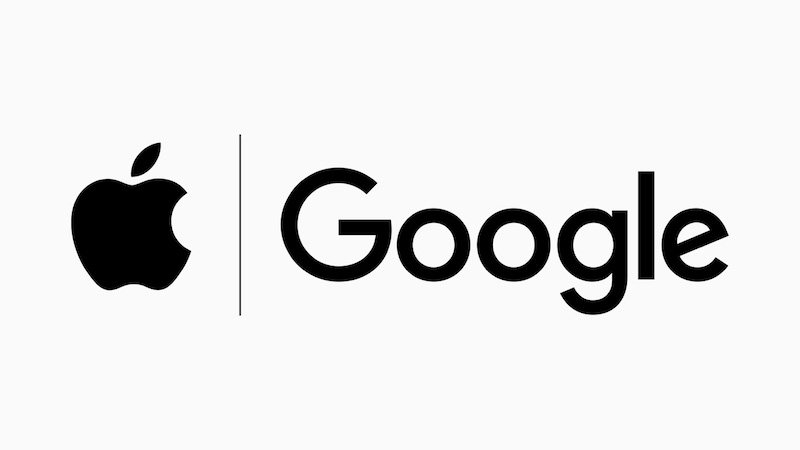 First things first — they’re not working on an app. What they’re building together is an application program interface (API), which is a set of routines, protocols, and tools for building apps. In other words, they’re just building the infrastructure for other developers to utilise when building a tracking app.

The crux of the tech involves using mobile phones to detect who you’ve been in contact with. Health organisations and governments can tap into the API for their own apps and by using the phone’s Bluetooth signals, the device keeps an archive of other app users who’ve been close enough to infected cases for virus transmission to happen.

What’s special about the partnership is that this system is intended to work across both iOS and Android phones, which is harder than you might think considering you have to standardise wireless signals for the many, many phone models running on Google’s Android ecosystem. But once this thing releases, Apple and Android smartphones can interact with each other.

Apple and Google plan to release this API for third-party apps sometime in May. Afterwards, the two companies plan to launch in-built tracing functionality to iPhones and Android devices via an OS update to make it easier for mass adoption.

How will it know who you’ve been in contact with and how does it know if a user has the virus? 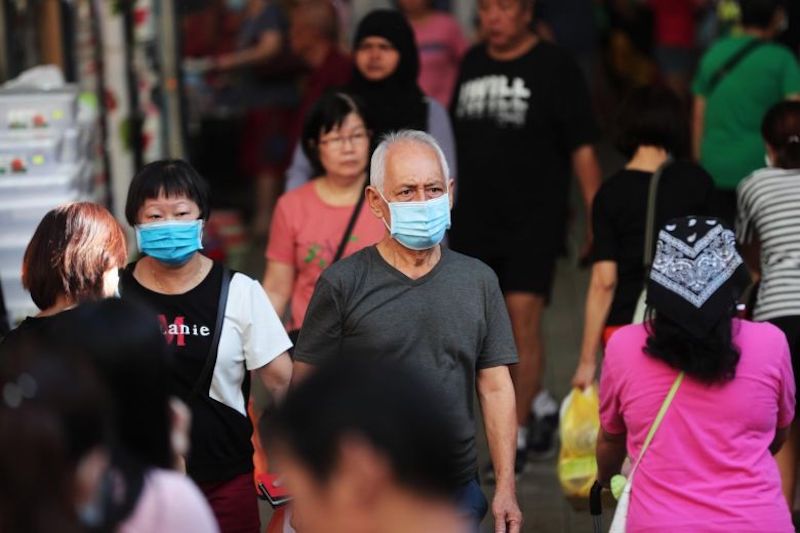 The key component here is Bluetooth technology, which will need to be always turned on to ping out signals to other phones while also receive signals from other phones.

Since the tracker will have to run in the background all day long, the Bluetooth beacon uses low amounts of energy that apparently won’t impact your smartphone battery’s life. It’s called Bluetooth Low Energy (LE), it uses less power than the traditional Bluetooth that’s used to connect wireless headphones and the such.

So how does it work? Let’s say you’ve downloaded the tracker app on your phone and opted in the contact tracing scheme. So you go about your daily business as usual, going to the supermarket to shop for essentials and going for a quick run around the neighbourhood.

All the while, your phone is blasting out random codes over Bluetooth, while also building a record of other codes that received from other tracker app users you’ve been in proximity with. When someone from that record notifies the app that he or she has been diagnosed with coronavirus, you get an alert about it. You can then go and get tested for the virus or self-isolate.

To prevent users from submitting false information about diagnoses, Google and Apple noted that it’ll be better if only recognised public health authorities have the permissions to do so on the app.

Hey, I’ve heard about something like this before. Isn’t that something that Singapore has already?

Yeap — it’s called TraceTogether, and a million users have installed the app since its launch on March 20. Developed by GovTech in collaboration with the Ministry of Health (MOH), it pretty much works the same way via the exchange of short-distance Bluetooth signals between phones. 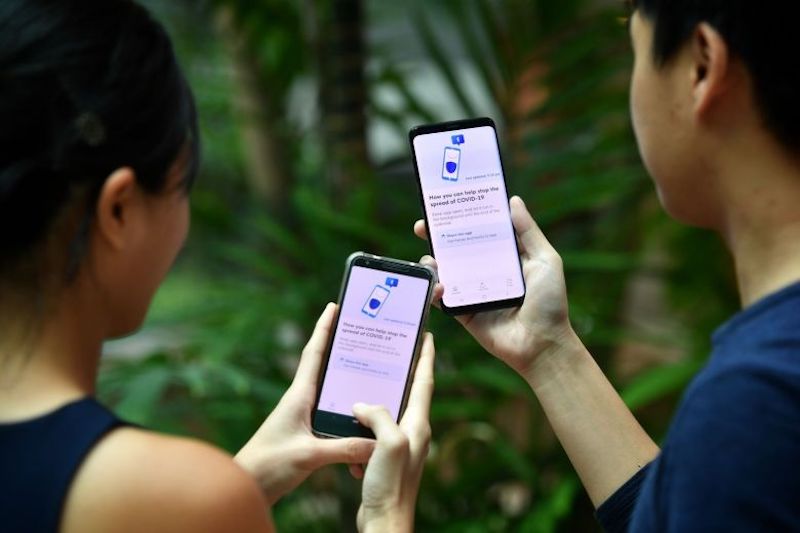 All the information collected on the app is being controlled by MOH, which is able to look through past records and contact anyone who might have been in proximity with a confirmed coronavirus carrier.

The thing is, the app hasn’t been used in actual contact tracing here so far. But at least they’re making TraceTogether open source so perhaps other individuals, companies and governments can dissect the code, improve on it, and even redistribute the app in their own markets.

Singapore’s not the only one fighting the outbreak with an app. The likes of South Korea and China have rolled out their own versions of TraceTogether, while Australia, Italy, the UK and Germany plan to do so in the next few weeks.

Perfectly understandable. It’s logical to presume that such a system would be able to track you down wherever you are — a sort of institutionalised snooping that will be able to exploit your personal information under the guise of public health.

Google and Apple, however, really want to really hammer in the notion that their initiative is guided by the principles of privacy, transparency, and full user control. It’s important that users completely trust the system, they say.

Unlike GPS, Bluetooth won’t be able to pinpoint your exact location. What’s actually being logged and archived is the contact between people (or rather, their phones). Also, the unique Bluetooth codes being broadcasted will frequently change every 10 to 15 minutes, so you can’t exactly identify a specific individual.

Even if you do test positive for Covid-19 (touch wood), neither Google, Apple or any other users you’ve been in contact with will be able to identify who you are. You can still stay anonymous when you report your diagnosis through the app.

That information will be privy only to a public health agency, Google and Apple says. In the context of Singapore, you do have to surrender your TraceTogether data to the Ministry of Health (MOH). Here’s what the developers had to say:

“When a person is contacted by MOH, he/she is required by law to assist in the activity mapping of their movements and interactions and may be asked to provide any information within his/her knowledge or produce any document or record in his/her possession. This includes location timelines and logs in physical or digital form, including data collected and stored by other popular apps in your phone.”

Ultimately, it all boils down to your level of ease with it all. The system requires explicit user consent, so you can choose not to opt into contact tracing. No one’s forcing you to download TraceTogether or any other contact-tracing app, and when Google and Apple launch the functionality across their phones, you can choose not to take part.

What do Google and Apple have that Singapore doesn’t? 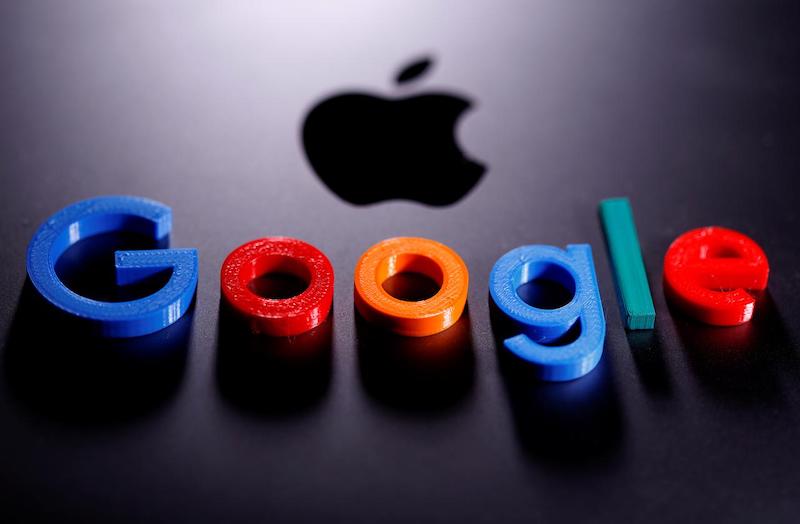 What the two tech giants want to do is support and amplify the efforts of public health agencies at the highest level available. Like any other new tech, there are bound to be some hiccups in reliability in government-developed contact tracing apps like TraceTogether, and that’s where Apple and Google can step in to assist.

And they already have. Apple and Google have gotten in touch with the developers of TraceTogether to help one another out on the specifications of contact tracing tech.

That’s not to say that whatever Apple and Google come up with will be technically perfect and invulnerable — nothing is. But right now, it’ll probably be a fitting tool to employ as a complement to other outbreak-fighting methods like safe distancing, self-isolation, and good ol’ enforcement.

Why should I bother about this? I don’t even have TraceTogether.

Again, it’s totally up to you if you want to participate or not. Take this as a community-driven initiative that will only be effective when everyone voluntarily adopts the system.

The word “unprecedented” keeps getting thrown around to describe the coronavirus, but it’s not entirely an overstatement. The global pandemic we’re living in right now has and will continue to inflict a long-lasting impact in all aspects of life, and the sooner we flatten the curve, the sooner we’ll get a handle on this mess.

Contact-tracing apps won’t exactly stop the outbreak right in its tracks — that’ll require a multi-pronged public health strategy involving more than just Google and Apple working together. The virus doesn’t care if you have an app installed or not.

But if it automates the tracing process on a massive scale and makes our frontliners’ jobs a whole lot easier, why wouldn’t you?

Okay fine. So what happens after the dust has settled?

The tracking technology has an expiration date, Apple and Google say. Once the health crisis is over, the Bluetooth interoperability between iOS and Android devices will cease and the companies could disable the functionality remotely once there no longer is a need for it.

But for now, no matter what you think about the project, just stay home, stay safe, and wait for this to all blow over.