The Huawei Mate 30 Pro 5G features the same world-class innovations of the original Mate 30 Pro, but has a slightly new design, being wrapped in vegan leather for a more premium touch.

Huawei will be the first smartphone maker in Singapore to launch a 5G smartphone when it starts selling the 5G variant of its flagship Mate 30 Pro this Saturday (Feb 29), claims the Chinese tech giant.

The Huawei Mate 30 Pro 5G ($1,500) features the same world-class innovations of the original Mate 30 Pro, but has a slightly new design, being wrapped in vegan leather for a more premium touch.

Using Huawei's own Kirin 990 5G chip, it is the world's first second-generation 5G smartphone, according to its maker.

Mr Phil Xu, managing director of Huawei Singapore's consumer business group, said: "The era of 5G is an opportunity to rethink smartphone technology and the Huawei Mate 30 series is the ultimate expression of what's possible."

Exclusive gifts, including the Huawei FreeBuds Lite true wireless in-ear headphones, will be given out with every purchase of the smartphone at the launch roadshow in Bedok Mall this Saturday.

At the same time, Huawei is doubling down on its efforts to enable the building of next-generation 5G networks. As of Feb 20 this year, it has co-operated with over 50 partners, clinched over 90 5G commercial contracts and provided 25,000 5G base station shipments.

As of 2018, Huawei has 2,000 experts working on 5G research and development (R&D) in 11 5G research centres worldwide, including France, the US, Canada, Germany, Russia, Sweden, Chengdu, Shanghai, Beijing, Shenzhen and Hangzhou.

In fact, back in 2009, Huawei had already commenced 5G R&D after it rolled out the world's first commercial 4G network.

Professor Merouane Debbah, director of the Huawei Mathematical and Algorithmic Sciences Lab said: "Fundamental research is at the heart of the technological breakthroughs that we have been pushing these recent years. Huawei has been investing heavily in mathematics and algorithms, which are key instruments for the development of 5G."

As of September last year, HMS has more than 570 million users globally across 170 countries and regions. 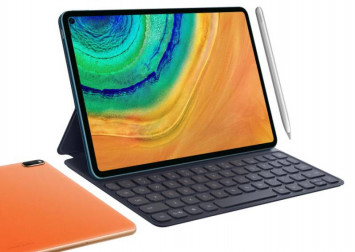 He pointed out that since its global inception in April 2018, AppGallery has garnered around 400 million average monthly active users, with a total of 210 billion app downloads in 2019 alone.

In Singapore, since the launch of the Mate 30 Series in late October last year, the number of local apps has grown by nearly 60 per cent, according to a Huawei spokesman. They include the Carousell, EZ-Link, FairPrice apps and many others.

Huawei is aiming to welcome even more local apps in the later half of this year, the Huawei spokesman said .

To make it easier for developers to come onboard, Huawei has a one-stop solution support that covers the entire development cycle for developers worldwide.

Currently, there are more than 1.3 million developers registered with HMS. There are more than 55,000 apps already integrated with HMS Core - a collection of software development frameworks that helps create a version of the app that is compatible with Huawei devices.

Huawei has more than 3,000 engineers offering a full suite of support, including ideation, development, distribution, operation and data analytics, to help global developers with HMS Core.

In addition, Huawei will invest a total of US$1 billion (S$1.4 billion) in the Shining-Star initiative - a program to support mobile app developers around the world participating in the HMS eco-system.

Read Also
Huawei leads in 5G commercial contracts, over half from Europe 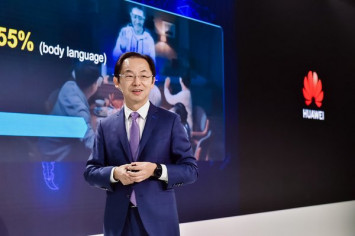 Eligible developers will also be given priority access to Huawei's new open capabilities and receive support in terms of marketing their services and products.

This program will complement Huawei's DigiX Labs that allow developers and partners to test their service remotely and find the resources they need to develop the apps and services for HMS.

DigiX Labs has been opened in six regions, including North America, Europe and elsewhere around the world. Singapore's DigiX Lab is expected to open sometime this year.

This laboratory will be equipped with HMS Core's development kits and other open technological capabilities for developers to test their services remotely.

Last week, Huawei inked a deal with Dutch navigation and digital mapping company TomTom to use its maps, traffic information and navigation software to develop apps. This deal will help developers incorporate navigation and mapping elements into their apps more easily.