Consumer Business Group CEO Richard Yu, speaking in a video presentation ahead of the Mobile World Congress, said the products were a "bold statement" of its Smart Office concept.

President of Huawei's Western Europe Consumer Business Group William Tian said they would appeal to people who were increasingly working from home.

"These are not standalone devices," he said in an interview. "We can connect and collaborate much easier with our Super Device concept."

Super Device is a technology that allows Huawei's products to connect and share capabilities and resources. 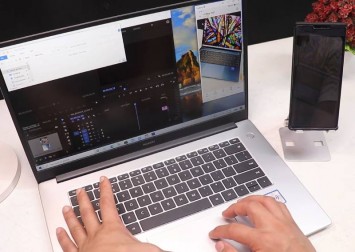 Tian said Huawei remained committed to the smartphone market despite the U.S trade ban, introduced in 2019 and taking full effect a year later, which stopped it using Google's services on the Android operating system and constrained its chip technology.

"We are going to continue to invest in new technologies to keep our leading position in the smartphone category," Tian said.

He also said Huawei did not have any issues with the supply of chips for its products.

"We can meet the market demand, we don't have any supply issue," he said.