With Google all but given up all tablets, who can you turn to if you don't want an iPad? Fortunately, Huawei is stepping up to fill the void.

Hot on the heels of two new MatePad Pros is this, the new MatePad 11. It comes in three colours: Olive Green, Isle Blue, and Matte Grey.

This is Huawei's more affordable mainstream tablet and it has, on paper, what seems to be an exciting display.

Resolution is 2,560 x 1,600 pixels which means a pixel density count of 275 pixels per inch, DCI-P3 colour support , and a refresh rate that goes up to 120Hz and adjusts dynamically according to the content that's on the screen.

Inside, you'll find Qualcomm's Snapdragon 865 processor, which is last year's top mobile processor outside of Apple's A-series of processors. 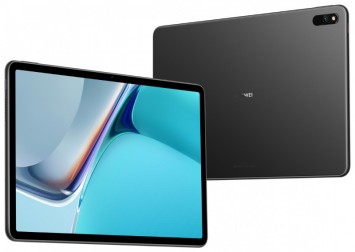 Storage options are 64GB, 128GB, and 256GB. A microSD card reader will let you increase storage by up to 1TB more, so you don't have to worry too much about picking the wrong internal storage option.

The MatePad 11 runs Huawei's new HarmanyOS 2.0 which has a couple of interesting features including extensive multitasking options that let users open up to four apps on a single screen.

There's also deep integration with Huawei's phones and tablets. With a Huawei phone, you can quickly share content like photos and videos. And with a Huawei notebook , you can use the MatePad 11 as a secondary display or drawing tablet.

Speaking of drawing, like the MatePad Pros, the MatePad 11 supports Huawei's second-generation M-Pencil which has 4,096 levels of pressure sensitivity of a low latency of a claimed 2ms.

No word on local availability and pricing yet but I've been told reliably that it will be coming soon.