'I know I won't make it far in studies': Singaporean, who topped Valorant's global chart, on choosing esports over academics

He may not be his school's number one academic, but he achieved number one in the world for a video game.

Tyler Aeria hit the top rank on leaderboards in Valorant, but he shared with AsiaOne last Saturday (Aug 6) that his studies aren't doing too well. Although, he wouldn't have it any other way.

"I honestly don't really like studying," Tyler, 15, said, adding that he cannot sit down and do homework for long periods of time.

"If I were able to, I'd definitely get a better future, but it may not be a future I like since I'll be stuck doing something that's not my passion."

Going by his user name of Juicy, Tyler represented Singaporean esports organisation Bleed Academy, and with his teammates, took down all his opponents to claim the crown and $300 in cash.

But this isn't Tyler's first victory in Valorant esports, and it will likely be far from his last.

At the young age of 15, this semi-professional Singaporean Valorant player has won multiple tournaments since he started playing the game back in 2020 and established himself on the global leaderboard of Valorant's competitive ladder in Episode 3, Act 1.

Sharing more about his performance in school, he said that his results have been the "bare minimum" for passing.

However, he has been constantly failing Maths.

Added Tyler: "I know I won't make it far in studies, so I pursue my passion, which is gaming, and I know I can make it far here. So that's what I want to pursue."

And while some of his school teachers do know that Tyler is one of the best Valorant players in the world, they don't treat him any differently.

There's been no special arrangements, Tyler said, explaining that he still tries his best to complete his homework on time. If it becomes urgent, he'll try and finish his homework after practice (which starts as early as 5pm and ends around 11pm) and sleep later.

"If I'm unable to then I just have to face the punishment, whatever it is — stay back in school, complete the homework. But if the teacher is nice, sometimes they give an extra day or two to complete it."

'Juiced' up from young

Apart from his achievements in Valorant, Tyler himself also has ample experience when it comes to competitive video games.

According to him, he's clocked about 4,000 hours in CS:GO and about 1,000 hours in both Fortnite and Valorant so far, all of them shooter games that require high mechanical skill and adaptability.

And Tyler may have taken inspiration from within the family tree when he was younger.

"I was introduced to gaming by my cousin — my cousin was a professional player in CS:GO," Tyler reminisced. "Whenever I go over to his house, I would see him playing and I would be interested and want to try.

"I used my brother's MacBook to play CS:GO when I was nine — that was my first time."

His cousin, Felipe 'SkyeSG' Lim, was a professional esports player who transitioned to being an esports analyst.

But what really made Tyler realise how good he was at Valorant was when he hit Radiant, the highest achievable rank in the game, when he was just 13.

Then, he started defeating his cousin's friends, who were all professional CS:GO players.

It's the friends we made along the way

"My journey has been great so far," Tyler stated.

"I've met friends who are there for me and support me… and this all started when my good friend RedKoh let me join his team in October last year. The team was called LVR and we reached the number seven-ranked team in APAC."

However, the team eventually disbanded because the members wanted to pursue different paths, and some of them even had to go for National Service (NS).

RedKoh, whose real name is Danial Hakim Koh, is currently a coach in TSM X, an all-female Valorant team under Team SoloMid, one of the largest US-based esports organisation.

While others continued to play and participate in larger tournaments, Tyler, who isn't yet 16, wasn't allowed to participate.

Despite their divergent paths, the friendships he's forged with those in esports have more than transcended that and the virtual realm.

Speaking warmly about his friends, Tyler said: "We've become such good friends that we share about our own personal problems and things like that. We don't just play games together, we plan things out together, too."

In fact, they're the ones who truly understand him and what he's going through at this point, he admitted.

He explained: "The friends I have outside of esports, they're more of just from school. Because they themselves don't play, they don't understand why I'm so captivated by games.

"Sometimes they'll be like, 'Why are you playing so much? Why don't you come out with us?' But they don't understand I have to practise and all that for upcoming tournaments."

The path to becoming a professional esports does come with sacrifices. For Tyler, he barely gets much sleep.

A weekday for him starts at 5.30am when he gets up, then it's off to school which ends late in the afternoon.

"So by the time I get home and eat my dinner, I have to go for practice already," Tyler explained. These practice sessions go on until around 11pm which leaves Tyler with about six hours of sleep per weekday — provided he can fall asleep instantly.

"Normally, that doesn't work out," he admitted. "I usually sleep at around one or 2am."

There are those — even relatives — who question his career choice but he tends to ignore them because he feels he knows better. 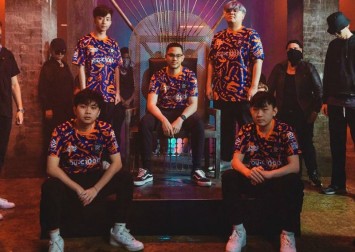 "When they don't understand, I just 'close one ear'. I don't take their advice because it's my passion, and my future. I know that I can make it so I want to do it."

He added separately: "There are still some people who will ask 'Why are you doing this?' because they think that there's no future in esports, especially the older generation."

However, don't count his parents among the naysayers. On the contrary, they're very supportive of him.

Surprisingly, there was no big talk or anything — he just casually brought it up over dinner with the family two years ago.

"I just talked, and [my mother] is open to talk about it. It’s not that hard. My parents understand me," he shared.

Even his brothers were supportive of his decision, with his older brother — who scored six points for his O'Levels — providing academic assistance when needed.

Show them the money

Initially, his parents were slightly confused but they got over it quickly — once they saw the money.

"As soon as I started winning and they started seeing the money come in, they thought, 'Oh, he's not joking about it. He's actually serious about his career,'" he said. "I guess that's when they start to get more supportive as well."

Tyler added: "If they don't see the money coming in, then they will think that their son can't make it… they would think, 'How are you going to survive in the future?'"

In two years since the launch of Valorant, Tyler has made a modest sum of about $4,000 in prize money, gaming gear and monitors.

Although he knows this isn't enough to live off of, once October comes around, Tyler will be 16 and can compete for larger prize pools. Additionally, the organisations that he can join can also pay him much more.

Tyler also knows that, much like Olympic athletes, he too has a 'shelf-life' — but he's got his future all thought out.

While Tyler would prefer a Singapore team, he's also open to international offers from teams abroad.

He plans to remain a professional esports player until his late 20s, where he'll then switch to being a coach or an analyst for another five years, or until 40.

Read Also
He's known for 'trolling' fellow players and viewers, but Critical Role's Sam Riegel says it's not what he sets out to do 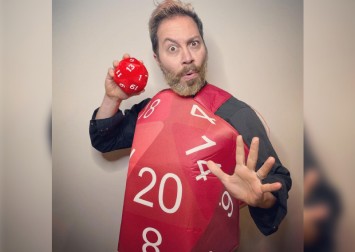 After that, he'll put all his efforts into streaming, which he can begin at any time but will last so long as he can keep up with trends.

But if it doesn't work out, he's considered joining the military as his parents have a military background.

"I'm going to see how my esports career goes first, for the next few years until I go into NS… I still have time to think about my career," Tyler confessed.

Being two months away from his O'Levels, however, Tyler is focused on spending more time on his studies and has even put streaming aside for now, even though his priorities lie in gaming.

He intends to enter Temasek Polytechnic via the early admissions exercise to study for a diploma in communications and media management.

"My mom still hopes that I finish and pass my O'Levels. That's all she wants from me — just to pass, and at least get into polytechnic."