Still confused as hell about what Death Stranding is all about (who isn’t)?

You could probably bombard all your questions on the creator himself when he comes here — Hideo Kojima might be dropping by Singapore in the days before his latest epic is launched.

The official Kojima Productions Twitter account announced that something called the Death Stranding World Tour will kick off on Oct 30 in Paris before making its way to London, Berlin, New York, San Francisco, Tokyo, Osaka, Singapore, Taipei and Seoul.

#DeathStranding World Tour. Starting from Paris on 10/30, we will have an event in London, Berlin, NY, SF, Tokyo, Osaka, Singapore, Taipei, and Seoul! Looking forward to connecting with all the fans, together with Hideo Kojima! (details will be announced later for the tour) pic.twitter.com/XoazMuYPcs

I mean, as far as sticking to the themes of his mysterious game, Kojima-san’s got it pretty tight. The iconic developer has mentioned before that Death Stranding is a game all about connections and bridging divisions — what better way to connect than actually meeting your fans face to face? The man behind the Metal Gear Solid series is the closest thing to a rockstar in the realm of video games, so a world tour does seem appropriate.

“Through your experience playing the game, I hope you'll come to understand the true importance of forging connections with others,” Kojima explained about his upcoming opus, which will be a “completely new type of action game”. 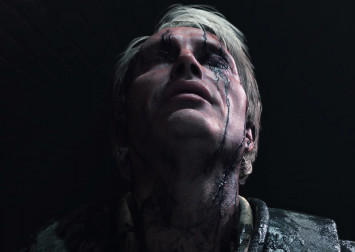 But what even is a video game tour? Details will be announced at a later date, but knowing the man’s eccentric knack for the dramatic (on top of highly-convoluted storylines), it’s likely that we'd get to see at least some sort of spectacle here. It could be as simple as Kojima showcasing new gameplay or as theatrical as a live-stage adaptation of a Death Stranding cutscene, featuring Mads Mikkelsen and Norman Reedus acting out their lines with Chvrches in the background, playing the song they made for the game.

Either way, it’d be a riot. Stay tuned for what’s in store from Kojima Productions ahead of the Nov 8 launch date.