It's the size of a credit card and about as slim.

But if you're trapped under rubble after an earthquake, it just might save your life.

A trio of Indonesian university students has invented a device that uses high-frequency signals to help locate victims after a natural disaster.

Dubbed Detector of Interconnected Position Points or "Deoterions", the tool emits a ping signal with movement as slight as breathing that can be detected up to 10 km away. 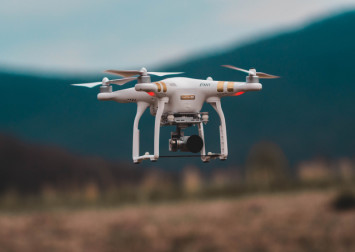 The signal receiver can be plugged into a mobile phone or laptop, and works with an app available on both Apple and Android systems, the students said.

Satrio Wiradinata Riady Boer, 23, one of the students, said the invention was inspired by a 7.6 magnitude quake in his hometown of Padang on Sumatra island a decade ago, in which he lost a friend and a teacher, and his mother was injured.

"Anything can happen if one is buried too long. The victim's leg or hand may have to be amputated, or they could run out of oxygen," Boer said, underscoring the race against time to find those buried after an earthquake.

The three students from Brawijaya University have received a patent for their prototype, which costs US$7 (S$10), but said they wanted to perfect the device before they think about making it available to the public.

They have already picked up some fans.

"It's an incredible invention," said Ali Ghufron Mukti, a senior official with the education ministry, adding that the government would provide a grant for its development.

Sitting on the so-called Pacific Ring of Fire, Indonesia is frequently hit by earthquakes, sometimes strong enough to collapse buildings.

The most devastating in recent history was in December 2004, when a 9.5 magnitude quake triggered a massive tsunami that killed about 226,000 people along the shorelines of the Indian Ocean, including more than 126,000 in Indonesia.