It just be like that lor: Apple incorporates Singlish to market the iPhone 11 Pro

A massive part of our Singaporean identity (despite state-driven attempts to stamp it out) is our very distinctive patois, Singlish — the creole language that incorporates English with elements of Malay, Tamil, and various Chinese dialects.

While it may not be one of Singapore's official languages, it hasn't stopped Singlish from garnering international attention and usage. Even a company as colossal and famed as Apple hopped on the Singlish bandwagon, placing some effort into gaining local traction.

In the light of launching its new iPhone 11 series, Apple Singapore just became the latest company to incorporate the local lingo on their Singaporean website.

Caught by sharp-eyed redditor mdjasrie and shared on r/Singapore, Apple had included the copy "Splashes? Can." to tout the water resistance of its "most water‑resistant iPhone ever". Side note: they're rated IP68, which is actually pretty standard for phones this year. 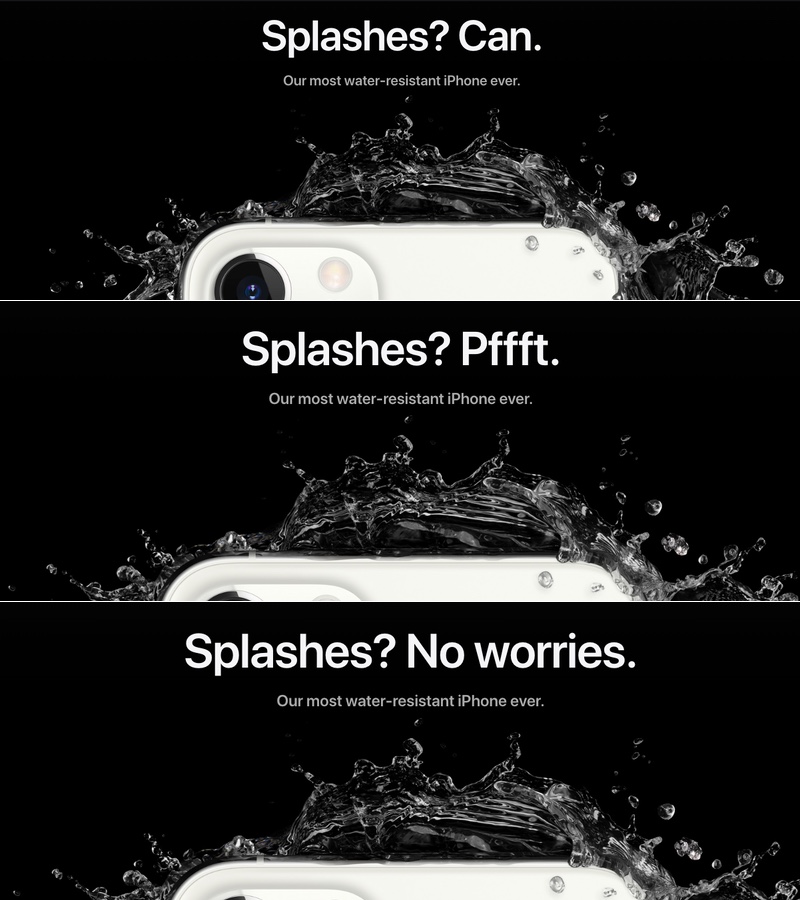 In fact, different copies appear depending on where you access the Apple website. Note how it changes when you switch to the default United States version of the Apple site or Australia's version of it. Which is not as surprising as it turned out really, considering how the content has to change context to fit specific regions and markets. It's a nice personal touch, though.

Apple is not the first (nor will it be the last) corporate entity to use Singlish in a bid to endear itself to the locals in a time when the patois is actually being used as a marketing gimmick.

Earlier in the month, OCBC has integrated Singlish in their new voice-activated service, where their mobile application can pick up simple Singlish to get the requested task done. 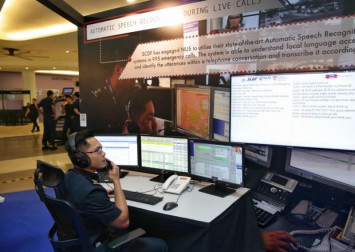 Likewise, in response to their previous April Fools' prank and the demands of their fans, Jetstar had organised a one-day event on Singapore's 51st birthday, where all their flights throughout the day had been spoken in Singlish.

Let’s not forget as well that even emergency services have put in considerable investment in using a speech recognition system that can help to transcribe Singlish.