When it comes to weaving the old world with the new age, Japan has much ingenuity to offer.

Amidst a serious labour shortage, numerous businesses in Japan are implementing measures to incorporate automation into their business models. The Japanese government even encourages businesses to innovate and embrace the automated and unmanned retail system, according to Lianhe Zaobao.

China Press reported that vegetable farmers in the city of Nerima came up with an intelligent way of selling their produce — a vegetable stand made up of coin-operated lockers.

How the system works is that farmers would first have to set the price before placing their produce in the storage boxes. Customers would then only have to insert coins to retrieve what they need.

Before lockers, Nerima farmers had to sell goods by manning their own stalls. But the labour shortage meant that their stalls were usually left unattended, as per Lianhe Zaobao.

Miki, an 80-year-old farmer, told Lianhe Zaobao that they would leave a jar at the stalls for people to drop money — an honour system that proved to be unreliable. Consumers would take the produce and give lesser than they were supposed to. Or worse, not even leaving any.

With the coin-operated lockers, Miki noted, farmers wouldn't have to worry about not receiving what they are owed. Additionally, farmers can afford to be more flexible when it comes to setting the prices of the vegetables. 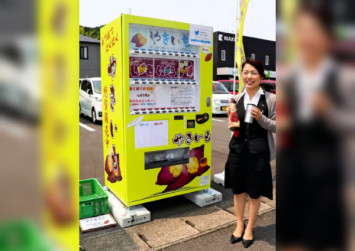 A young organic farmer mentioned that the cost of opening a physical store is too costly. Hence, numerous young farmers would lean toward selling online, which grants them an additional income of 7,000 yen (S$88) every day. With the usage of coin-operated lockers, the farmers would incur lower expenses as it doesn't require any electricity or operating costs. And since the vegetables are not that valuable, there has yet to be any theft cases.

According to the statistics quoted by China Press, there are 438 farmhouses in the Nerima district of Tokyo, with 60 per cent of them having taken up the automated system to sell their produce.