July Games Roundup: Survival is the flavour of the month

It seems like July will be yet another slow month when it comes to game releases, this could be a good thing for those of us who want to clear our backlog of games.

But for those who want something new, here are the games releasing in July that we are keeping our eyes on.

After two delays, Sony and BlueTwelve Studio’s third-person adventure game, Stray, will finally be released on July 19. This was one of the games that were touted as must-play indie titles and definitely got cat lovers all over the world excited as you get to play a game as a kitty cat in a cyberpunk setting.

Set in an open world, players will play as a stray cat that is lost, alone, separated from its family and must untangle an ancient mystery to escape a long-forgotten city. You will get to see the neon-lit world through the eyes of the titular feline and interact with the environment in the most cat-like manner.

However, it won’t just be exploration, as you will have to survive by being stealthy and nimble to avoid dangerous creatures and robots who roam the decaying cybercity and its seedy underbelly.

And that’s not all, as you can also be as silly and annoying as possible to the inhabitants of this strange world.

Luckily enough, you won’t have to go through all of this alone as you will be accompanied by a small flying drone, known as B12 who will assist you by translating the language of the robots and store items you have found throughout the world.

Endling - Extinction Forever is a side-scrolling adventure that hits very close to home as it tackles a very real current issue: the extinction of various animal species due to the loss of their natural habitats caused by the destructive force of the human race.

The game takes place in a world where mankind, in its never-ending effort to ravage the planet, has brought one of the most adaptable creatures of the animal kingdom close to extinction.

You play as a mother fox, the last of her kind, that has to safely guide her three precious and vulnerable cubs through the dystopian future of an exploited Earth to find the last safe haven.

On their journey, the vixen will have to be sly enough to avoid hunters, find and gather food for her family, and overcome all dangers that lie ahead.

Through the course of their adventure, the pups will grow (level up), learn new skills and get stronger. This will of course be useful as when the challenges increase, so will the stakes of your decisions of how to protect your younglings from looming ‘perma-death’.

In this game, the foxes don’t say “ring ding ding” or “wa pa pow” (Ed: sad that even this reference is frickin’ old), they say “help us survive.”

After surviving multiple delays, Bandai Namco’s hybrid visual novel and tactical RPG, Digimon Survive, will finally be released for fans to enjoy and celebrate the 20th anniversary of the Digimon Anime.

Read Also
Games in July: F1, Digimon, and play as a cat in a post-apocalyptic future 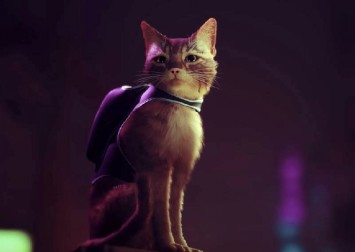 In this latest addition to the franchise, you will be transported to a mysterious world filled with dangerous monsters and deadly battles that will test your ability to survive.

You play as Takuma Momozuka, who has to lead his group of friends back home.

As you fight your way back, you will have to make choices that will influence the direction of the story and even your Digimon’s ‘digivolution’ process.

Different choices will lead to different paths and wrong choices can even lead to characters being killed. With multiple endings, choices and digivolutions, this will definitely encourage multiple playthroughs.