Trending on the Twitter charts today (May 20) is an attempt to 'cancel' national broadsheet The Straits Times in a hashtag dubbed #straitstimesisoverparty.

As it turned out, K-pop fans were just mad at the publication for reporting a scandal that involved South Korean celebrities breaching social distancing rules. For transparency purposes, AsiaOne carried an article about the incident too but as far as we know, K-pop fans have yet to 'cancel' us on Twitter.

The maligned article itself is a pretty straightforward read with no commentary involved. Four famous South Korean men from various K-pop groups were spotted hanging out together in the nightlife district of Itaewon despite safe distancing being strongly advised in the coronavirus hotspot. Because of, you know, a deadly global pandemic and all.

A new cluster of virus cases emerged in that neighbourhood this month as social distancing measures eased on May 6, prompting authorities to delay school reopening and close bars and clubs again. Local media reported three other boy-band members were with BTS' Jungkook during that outing, including Cha Eun-woo of Astro, Mingyu of Seventeen and Jaehyun of NCT.

NCT's Jaehyun has since written an open letter of apology over his actions, which the ST report included.

This apparently justified a smear campaign against the paper and the people behind it seem to be militant K-pop stans who can’t stand to see their idols criticised in any shape or form. The article’s writer was swiftly identified as a Straits Times intern, and she too became the target for online animosity. 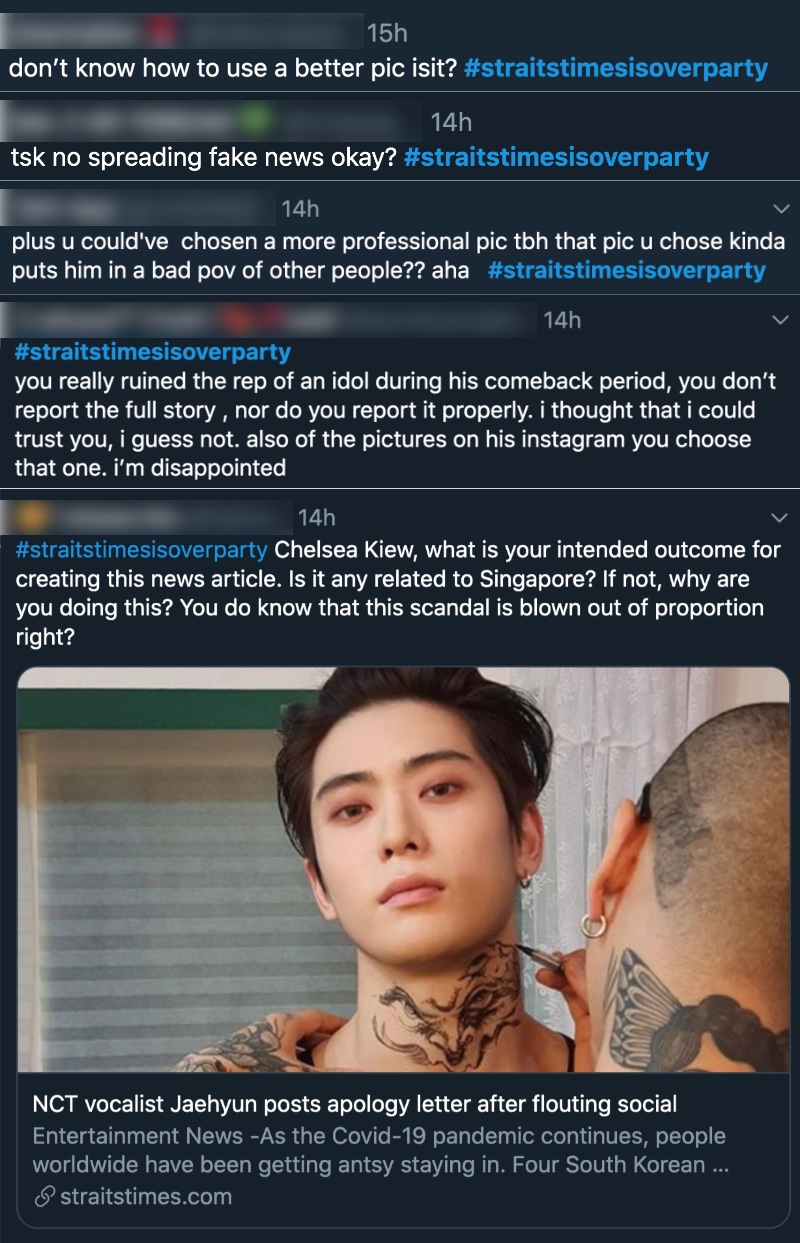 With the hashtag gaining traction on Twitter, other folks tried to figure out what’s going on. And when they found out what it really was, hoo, did they have Strong Opinions on the whims of some K-pop fans. 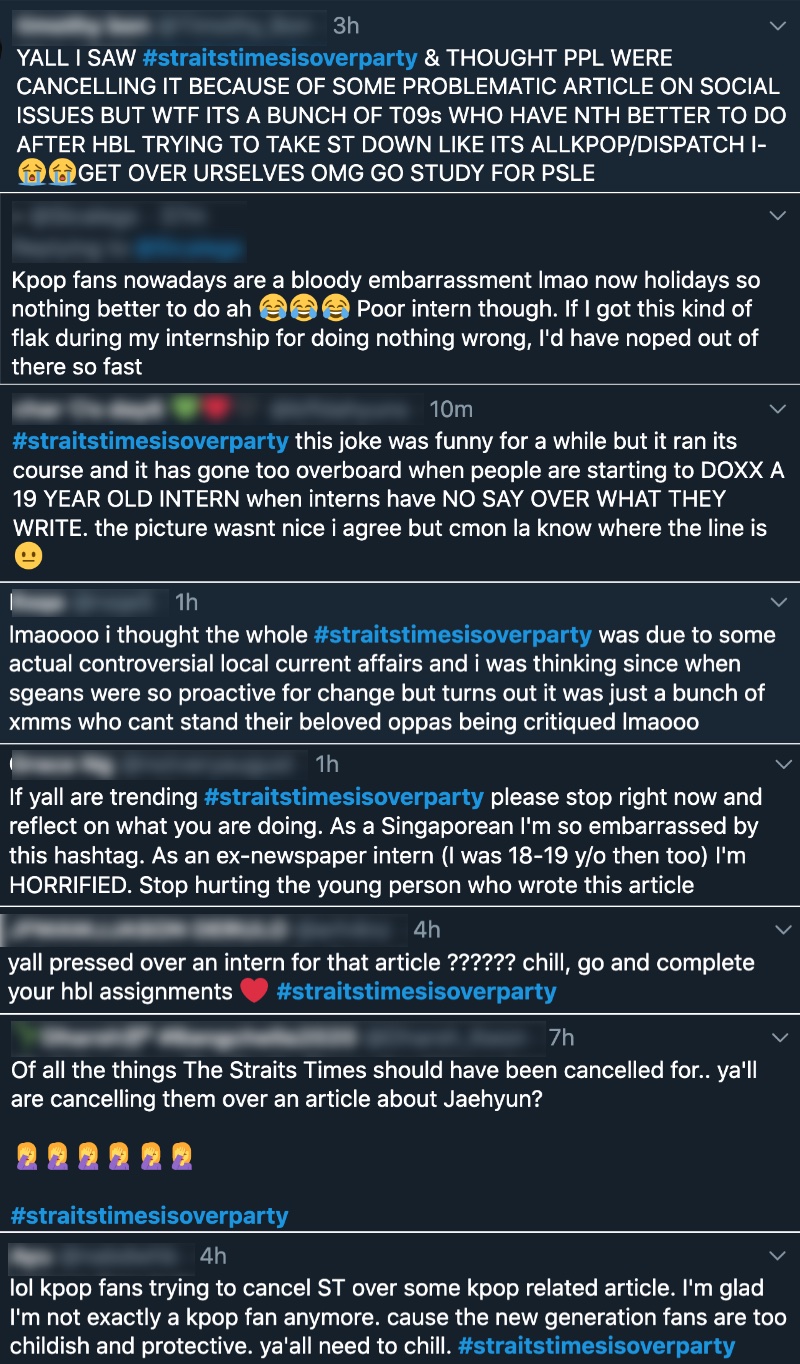