Looking for that perfect recipe, or a new flavour combination that delights the senses? Increasingly, players in the food industry are embracing artificial intelligence to better understand the dynamics of flavour, aroma and other factors that go into making a food product a success.

The partnership highlights how technology is being used to disrupt the food industry by helping develop new products and respond to consumer preferences and offer improved nutrition and flavour.

"More and more, food companies are embracing digitisation and becoming data-driven," said Bernard Lahousse, co-founder of Foodpairing, a startup with offices in Belgium and New York which develops digital food "maps" and algorithms to recommend food and drink combinations. 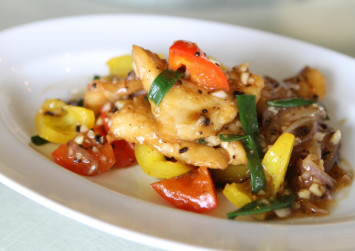 It's not clear how much funding is going into AI food ventures, although overall food tech investment amounted to US$16.9 billion in 2018, according to data from the investment platform AgTech Funder.

"The typical food product development process is long, and there are a lot of holes where there is no clear feedback on how the market is reaction, so this kind of technology can help," Rosenheim said.

Foodpairing, for example, offers its "flavour intelligence" map based on molecular analysis: a Spanish dry-cured ham, for example, has elements described as "cheesy" or acidic while beetroots have a "woody" and "caramellic" flavour profile.

Lahousse said one of its notable pairing recommendations was oysters and kiwi, which became a signature dish at a well-known Belgian restaurant.

"Foodpairing maps out all possible pairings, but food is cultural and personal," he said. "That is why we also use consumer behaviour to increase the relevance of the pairings when we work with food companies."

Researchers at the Massachusetts Institute of Technology illustrated how AI can be useful in determining optimal growing conditions by growing basil with supercharged flavour, and hope to adapt that for other products.

Read Also
How a robot catches delicious lionfish for chefs 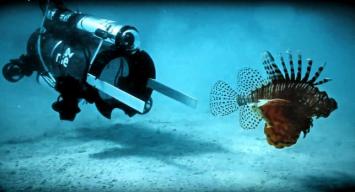 "Artificial intelligence could give us the ability to utilise vast datasets of detailed agricultural information for the improvement of our food crops, faster than ever before," said John de la Parra, head of MIT's Open Agriculture Initiative.

Better data collection and standards are essential to enabling innovations in food, said Matthew Lange, a lecturer at the University of California at Davis and head of the IC3 Foods research centre on food informatics working on data standards for food properties.

"I see a lot of people applying machine learning around flavour and nutrition in recipe development," Lange said. Lange said this could take off even more with better standards and data sharing to map flavours and aromas, opening up new possibilities for "personalised" foods and recipes that offer better flavour, nutrition and stainability.

"If we have the ability to 'play back' flavour and aroma it will create a veritable explosion in technology and the business models," he said. "Imagine being able to dial in (the preferred flavours and aromas) to create a sauce just to your liking," he said. "Maybe you want to create something to have a sense of the beach, so this becomes an experience."

"To be done well, it would require large amounts of personal data, much of which might be complicated by questions of privacy and security. It is more likely, in the foreseeable future, that AI would be used to predict broad trends in consumer trends and tastes."