A disgruntled landlord has taken to Facebook to complain about a tenant who’s renting a room in his house. The situation, according to him, has gotten so bad that he has labelled the saga as ‘Nightmare from Elms Street [sic]”.

Instead of garnering consolation for his post on the Complaint Singapore Facebook page, many have commented instead that he is being a wee bit overbearing and unreasonable.

Clement Chia wrote all about his issues with a “devil from hell” tenant, who is described as a 28-year-old Malaysian Chinese woman with “high education”.

According to him, the contract they agreed upon indicated that the tenant is not allowed to cook anything else other than “simple Maggie mee” in his home. As for the usage of the air conditioner, she can only switch it on at night, can only leave it on for no longer than eight-and-a-half hours, and the temperature cannot go anywhere under 24 degrees Celcius.

Chia noted that the tenant has since breached the agreement. Among the things she allegedly did:

It was a huge list of complaints that finally ended with Chia’s statement that she will be asked to leave.

“Wished government have more protection for us Singaporean against these nasty tenants [sic]” he wrote.

The focus, however, was turned on Chia and his stringent rules as a landlord. Though some empathised with the man’s situation, other netizens pointed out that he could afford to relax a little. 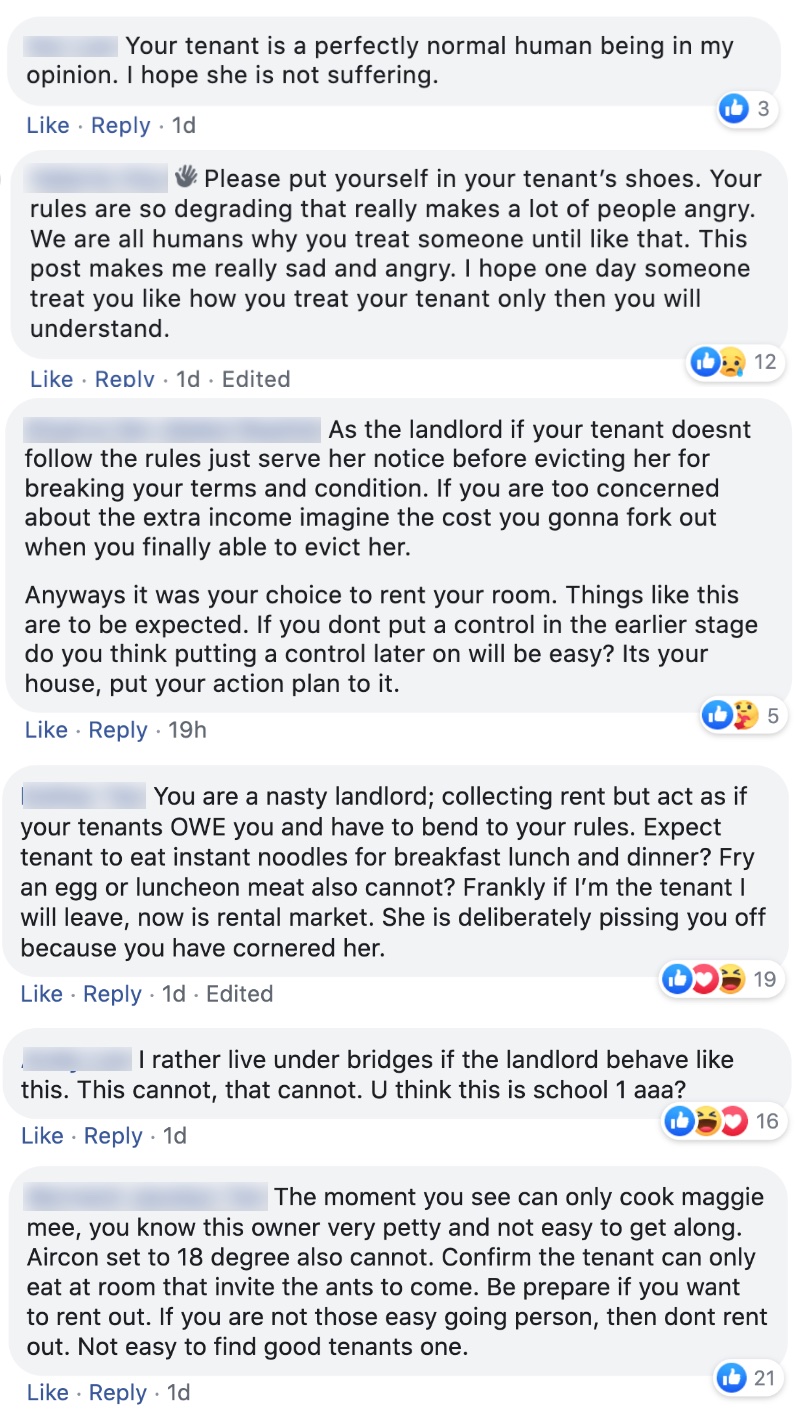 Undeterred, Chia has responded to some of the critical remarks, positive that he's in the right. 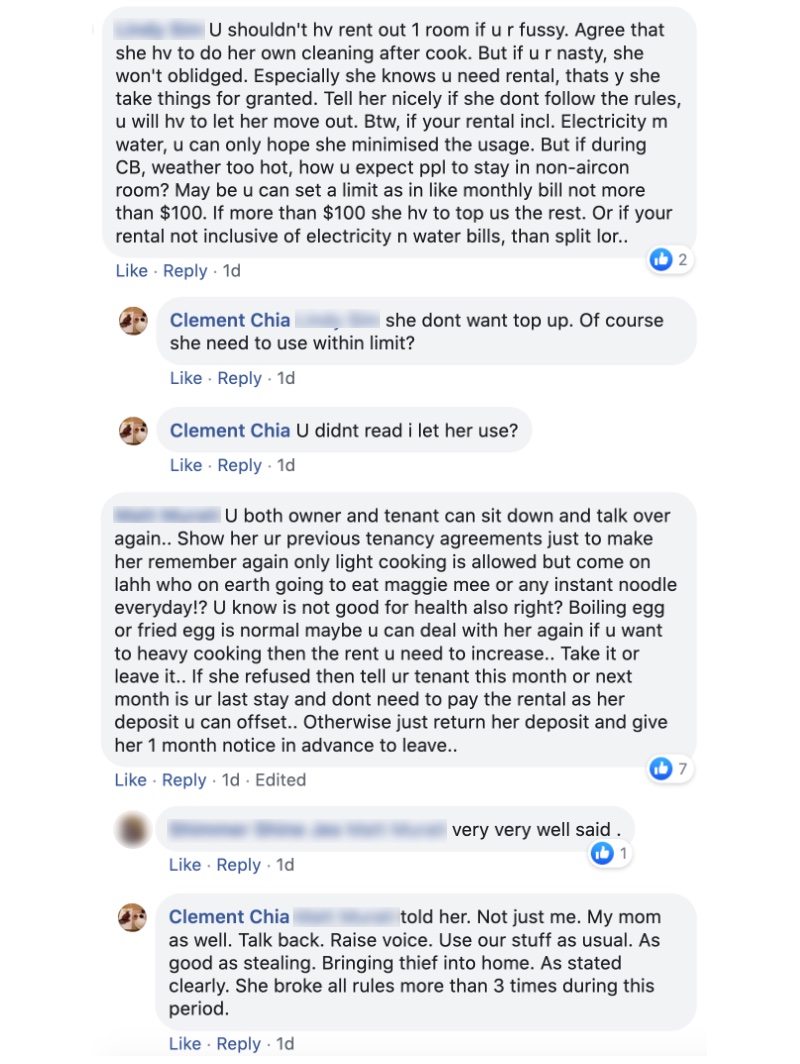 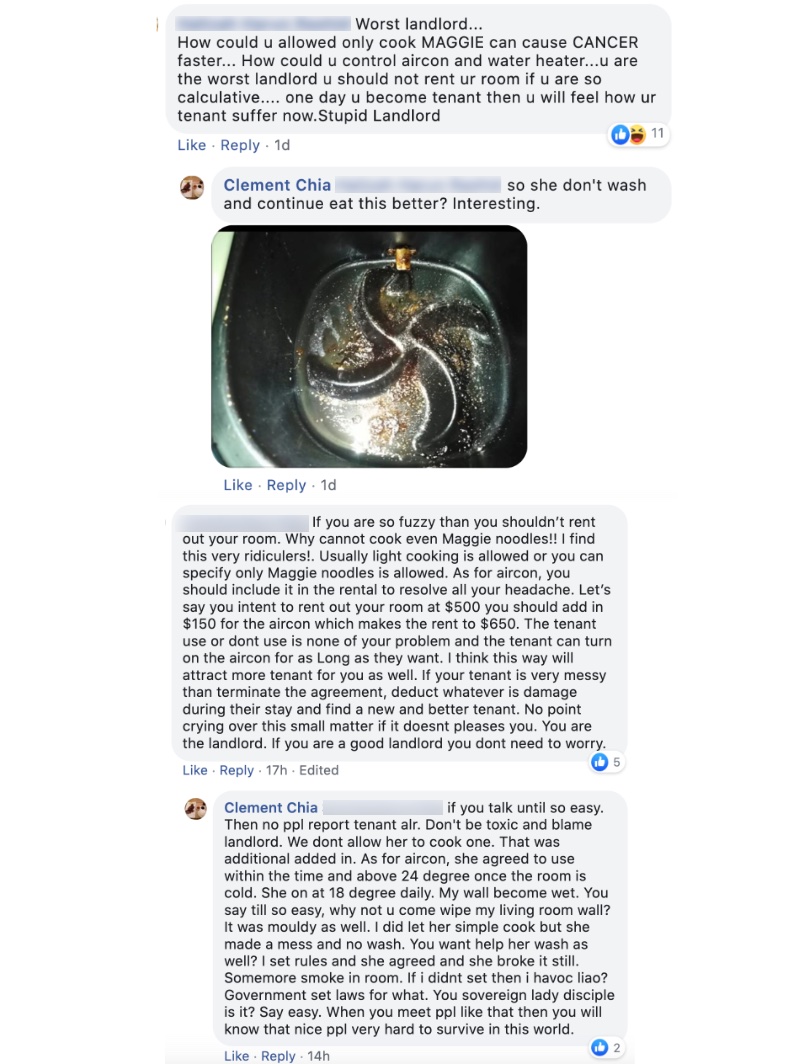