More than 33 hours of fibre broadband disruption left M1 subscribers across the country dismayed — especially so in a time when going online is a necessity for work and play during the circuit breaker.

The disruption affected thousands of subscribers in various parts of Singapore since 4.30am on Tuesday (May 12) and their internet connectivity issues only ended around 2pm the next day. This, despite the telco posting that services had been restored earlier in the morning.

The lengthy period of outage prompted the Infocomm Media Development Authority (IMDA) to launch investigations, assuring that strong enforcement action will be taken if they find any fault attributable to M1.

Now in hot water, the local telco wants to make amends by offering its affected subscribers a one-week rebate off their bill in June. 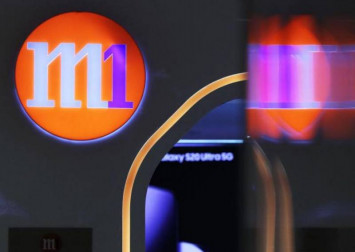 “We are deeply sorry for the inconvenience the disruption has caused to our users and thank them for their patience and understanding,” said M1 chief Manjot Singh Mann, adding that the company is taking extra measures to ensure service reliability and prevent the recurrence of such incidents.

In a press release, M1 explained that some of its users reported connectivity issues after the company launched a network bolstering initiative. Though that was fixed overnight, a second unrelated incident took place the following morning.

M1 assured that the disruptions were not caused by any dated equipment, shortage of capacity or a cyber-attack, and that it would cooperate fully with IMDA for further investigations.