Local telco M1 has announced that it will replace its existing 19 mobile plans with one base plan each for SIM-only and handset bundles starting from today.

The SIM-only contract-free mobile plan starts at $25 for 30GB of data, while its plan with handset starts at $30 per contract for 12GB of data.

Read Also
Which telco offers the best SIM-only, no contract plan in Singapore? 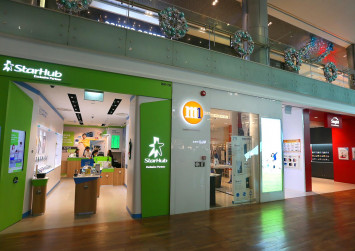 M1 chief executive Manjot Singh Mann said while the telco may be the last to "create some noise" in the market, he did not think the moves of its rivals were comparable.

"This is the first time Singapore has actually seen a DIY (do-it-yourself) plan of this nature," he noted, adding that the plans are "completely digital".

M1's new plans allow customers to build and personalise their own by adding data, voice minutes, SMS, roaming packs and other services depending on their expected usage and needs. And after signing up for the plans online, they can opt to have their SIM cards and phones delivered to their doorstep at no additional cost.

"We are also doing away with all our other plans... it's a complete overhaul," Mr Mann told The Straits Times in his first media interview since his appointment last December.

Existing customers who are under contract with M1 can call the telco or check their M1 app to see if they are eligible to switch to the new plans.

Mr Mann said the mobile plan overhaul was the first step in M1's transformation after it was delisted last month, following a buyout by Konnectivity, a Keppel Corp-led joint venture with Singapore Press Holdings, which publishes The Straits Times.

Mr Mann thinks there are huge opportunities in leveraging synergies with parent company Keppel in areas such as utilities as well as smart homes and smart cities.

Cooperation with Keppel could also see M1 moving overseas to Vietnam and China, he added.

Beyond the telco business, M1 will also be exploring newer areas of growth that are adjacent to the current business but not "connectivity-driven", said Mr Mann, who has led telecommunications and software firms in Singapore, Britain, Indonesia and India.

"We'd like to be known as a telco company which is becoming relevant in the technology space," he said when asked to describe M1 three to five years from now.

Ultimately, all telcos, including M1, are going to play a very important role in Industry 4.0, where devices, sensors, machines and human beings are connected in what is broadly called the Internet of Things, he observed.

"It is one space that will redefine what will happen in the future. And I'd imagine M1 playing a very significant role in that technology," he said.

For now, the telco is looking at the possibility of creating an analytics platform for Keppel's business-to-consumer business. And it also has plans to go into artificial intelligence.

"We are looking at different vendors to see how we can build that, as we speak," said Mr Mann. 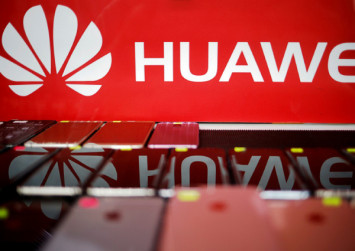 Asked if M1 had been impacted by Western suspicion of Huawei's telecoms equipment and technology, Mr Mann said M1 has always believed in vendor diversity since its inception.

"We have never believed that we will have only one vendor and will work with only one vendor. It has paid significant dividends for the company," he said.

It currently has two vendors - Nokia and Huawei - each providing half of M1's equipment needs.

He believes that the multi-vendor approach is "the right way to go forward as well".

"Therefore, for us, as long as there is no specific information or direction, we will continue to have a multi-vendor and vendor-diverse policy on our network," he added.