Imagine, if you will, that you’re shopping for ingredients and produce at an Asian grocery store in Pennsylvania. The muzak playing in the background is appropriately Asian too, since the store’s keeping on brand.

Suddenly, an all-too-familiar swell of orchestral sounds kicks in. Instinctively, you stand to attention as the choral voices pipes aloud the lyrics to Majulah Singapura. It’s the song of your people alright, but it’s too surreal to take in — why the heck is the National Anthem ringing through the loudspeakers of a food store in Pittsburgh, of all places?

It’s a question that holds no answers for Darren Tan, who just happened to be at Lotus Food Company — a popular Asian supermarket in the city of Pittsburgh — when Singapore’s anthem started playing aloud. According to his posted video on Twitter and Instagram, he was the only one who seemed taken aback at the absurdity of the situation as other shoppers simply perused items, oblivious to the patriotic tune.

After going viral on Twitter, folks theorised that the store’s owner could have Singaporean roots. The most likely explanation is that the employee in charge of the AUX cord could have just put together a playlist of random Asian melodies, including the city-state’s grand anthem first composed by the late great Zubir Said in 1958.

Of course, one can’t just do the same here — there are actual edicts for the usage of Majulah Singapura as governed by the Singapore Arms and Flag and National Anthem Act. 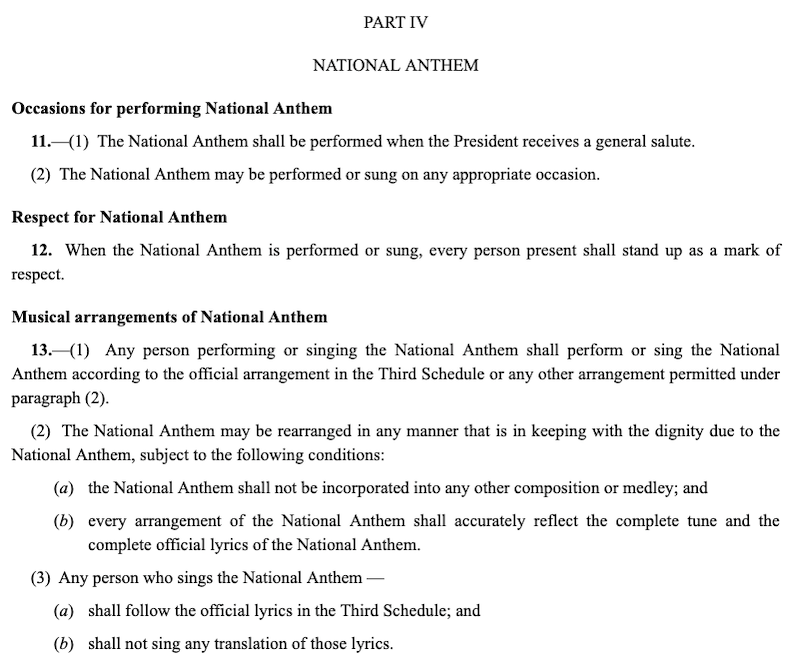 Still, good to know that there is some semblance of national representation for Singapore more than 15,000 kilometres away from home. Aside from the travesty that is "Singapore Noodles".