You never truly realise what you have until it’s gone — especially if it’s a trusty kitchen appliance.

A Malaysian man has gone without a microwave oven in his household for three months, and the blues over missing the all-in-one contraption has hit him so hard that he took to Facebook on Tuesday (Sept 15) to air his woes.

The story goes that he sent the Toshiba microwave oven, which was still under warranty, for repairs after it stopped working. It was a top-of-the-line machine too, wrote Crazy Rich Guy cartoonist Nixon Siow — the “good stuff”. Based on the pictures he shared, what he owns is a Toshiba Microwave Oven ER-LD430C(W), a multifunctional model that can also grill, steam and bake.

According to Siow, Toshiba’s customer service representatives in Malaysia have yet to return the oven even though it was sent for repairs three months ago.

It took a lot of chasing too, the cartoonist says. In a screenshot of a message between him and a customer service representative, the latter mentioned that the microwave oven will be replaced with a brand new one. But the person-in-charge has yet to get back to Siow despite multiple follow-ups. 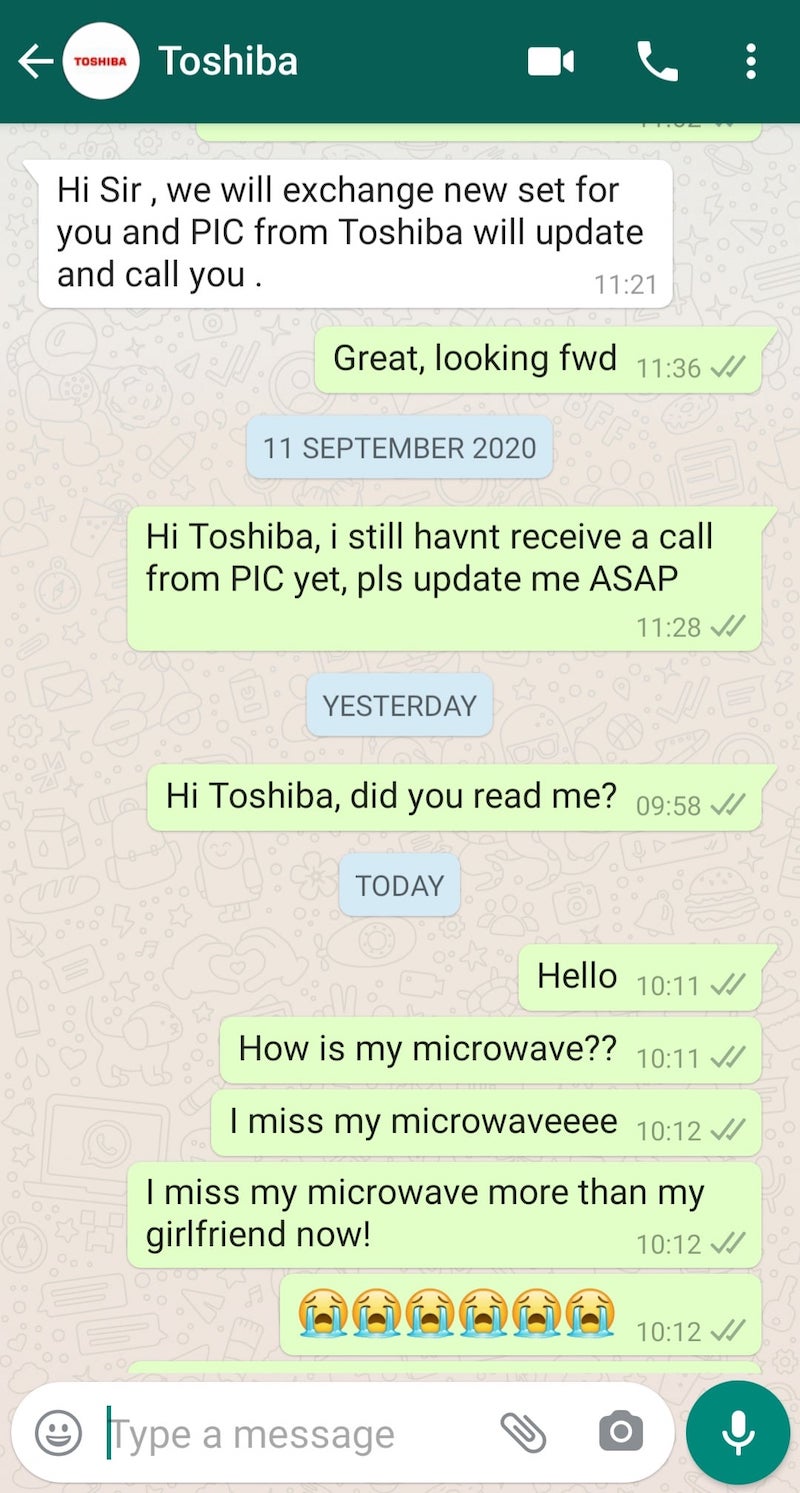 The man even personally dropped by the Toshiba Sales and Services centre in Shah Alam, Selangor, to demand an update on his case.

”When it will be settled? I don’t know, they didn’t tell me a specific date either,” he wrote.

In the meantime, Siow produced a slew of memes specific to his sorrows, which turned out to be pretty great. 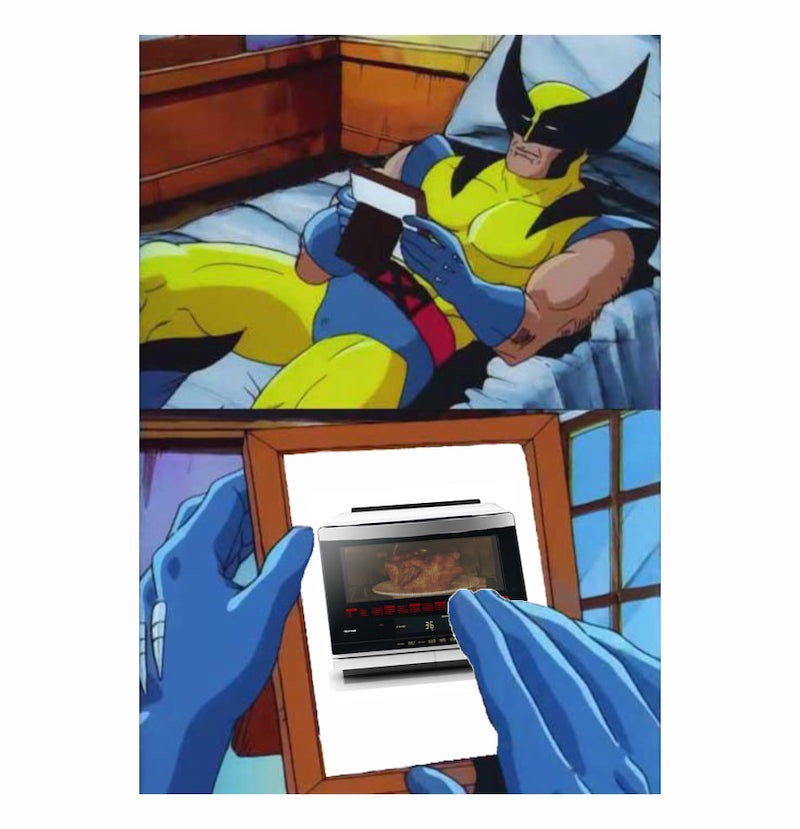 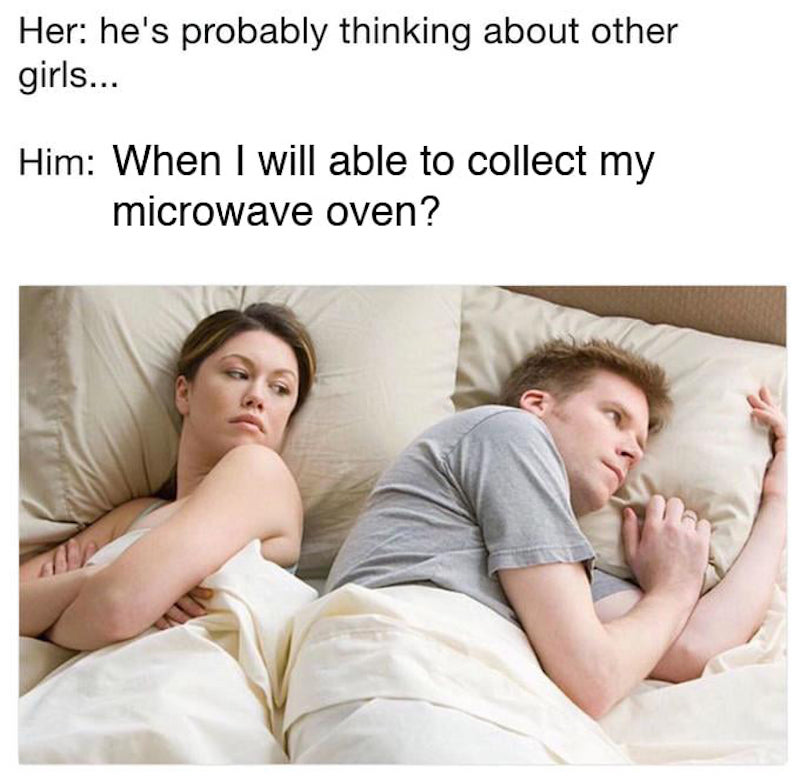 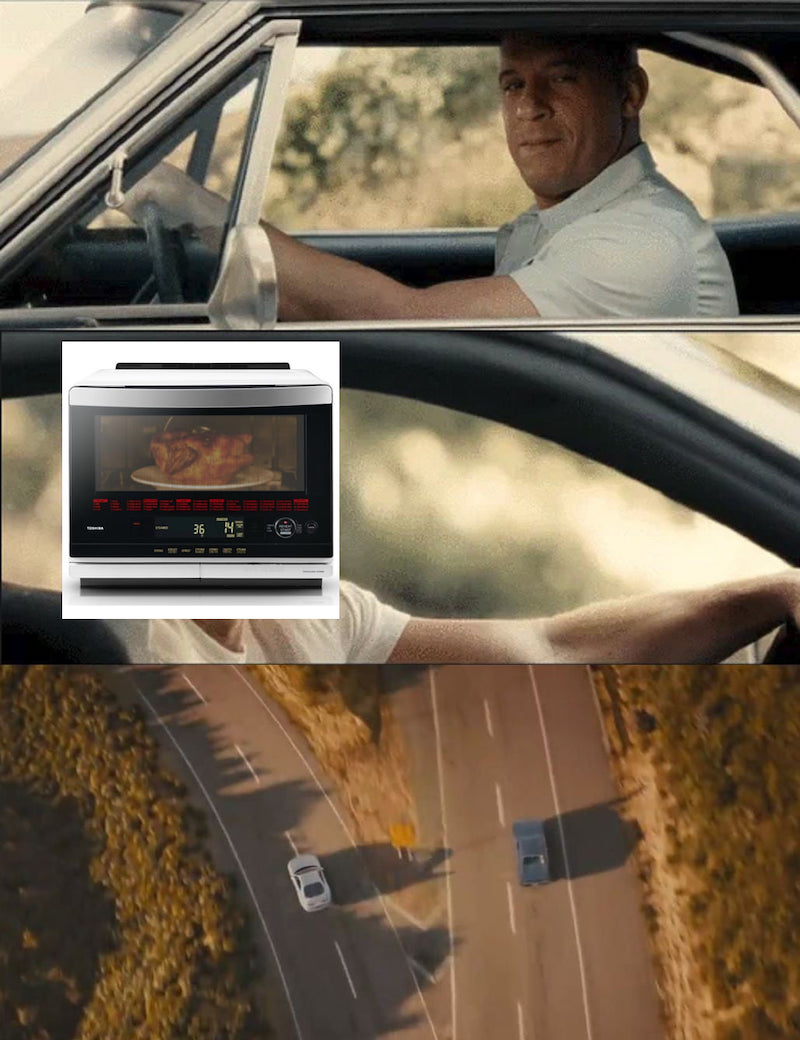 In response to queries by AsiaOne, Toshiba Malaysia stated that the case has since been settled.

"The service team has indicated that they have responded to the customer via a phone call after receiving the WhatsApp messages. An arrangement has been made for an appointment on Tuesday, Sept 22, to which he agreed," the company noted.