Hiring a chauffeur to drive you around in a Lexus? Not many Singaporeans would relate to that experience at all, especially at the tender age of 19.

Local entrepreneur Gabriel Wong, however, did just that. But as he recounted in a now-viral Facebook post, getting a car in Singapore in the first place has been “one of [his] worst decisions”.

The marketing agency founder expressed his regret in purchasing a Lexus sedan nearly 10 years ago, which he first bought when he was 19 years old. This was even before he had a license to drive it, but after finding some success in business, he bought the car and hired a driver because he “wanted to look like a baller”.

Wong went on to share how much he spent having private transport every month. He estimates that he could have more than $500,000 in liquid assets if he had saved on the price of the car, road tax, insurance, maintenance, repairs, parking and the salary of his chauffeur, which he employed for two years.

At one point of time, the same car was towed away in front of his then-girlfriend when he was not able to pay for it during a bumpy business period.

Read Also
Is buying a car in Singapore worth it? This easy formula breaks it down for you 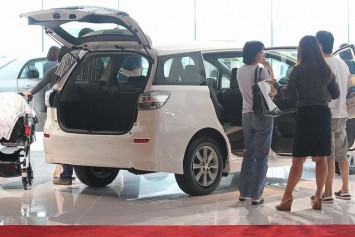 According to Wong, he and his wife have decided to scrap the car after its Certificate of Entitlement (COE) expired and will be going without another car for a few months or until after the birth of their child.

“It’s better to keep my expenses low now, so I can afford to take more risk for the things that are truly important,” he wrote.

“The point is... if you live in Singapore, don’t get a car until you’ve really made [truckloads] of money,” he advised, adding that it’s fine to “look poor in your 20s and 30s”.

With over 4,400 shares and hundreds of comments on Wong’s post, it seems that folks strongly agree with his advice about spending within one’s means and to avoid keeping up appearances.

Wong clarified that his intention of sharing his story was to deliver a potential lesson to people in their 20s to save and invest their money instead of splurging for a car, unless they have an appropriate reason to get one.

“That post could have saved a few people from making the same stupid mistake I’ve made", he wrote and he is happy to know that some people are reconsidering getting buying a car right now due to his experience.

The viral post also elicited a parodic response from another man who joked about his "epic decision" of buying a car when he was young.